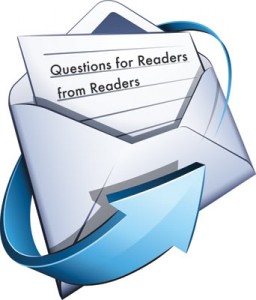 I was a tenant at a property that I recently left. A few issues have come up and I would appreciate any advice people care to give.

The Notice: The landlord knew I would be going as I had let him know before X’mas 2012. The rent for the property is paid up and all the bills have been settled. The rent was due on the 14th of each month and in the final few months I gave my notice on the 1st April, cleared out completely and gave the landlord the keys back on the 27th of April.

However I paid the full rent for the final month so was fully paid up for two weeks past the date I gave for moving out of the property although I had made it clear to the landlord that the additional rent money I gave was to cover any damages and I had stated this on my written notice and in a few conversations I had with the landlord prior to moving out.

I admit to a problem with the gas fire that was my fault and paid the landlord extra money to cover the costs for fixing that item in particular although I don’t believe the cost will be that excessive. The extra money I left should easily cover that item and any other issues he may have.

Since leaving the property the landlord has come up with additional items and I feel that he’s making a grab for more money. The landlord is also now trying to tell me that the extra rent money I paid him will not cover any damages as it’s rent that was due and the only time I should be leaving the house was on the 13th of the month.

Issue 1: My cat had scratched wallpaper in the kitchen near the door frame and there are a couple of patches, say a square foot, either side the door frame that are now affected. The landlord has told me that he doesn’t have matching wallpaper and that the whole kitchen now needs re-papering. An additional point to note, there was no extractor fan in the kitchen and the wallpaper is peeling off the walls near the ceiling due to condensation – when I cooked I always left the door’s and windows open however this didn’t stop the wallpaper from peeling.

Issue 3: Bathtub – There is a cast iron tub in the bathroom. The enamel had started peeling off under the hot water tap and there is a small patch missing at that position. The landlord has told me he needs to replace the bathtub.

Issue 4: Garden – The landlord has told me that parts of the garden need weeding however I feel that I have left the garden in reasonable condition. I know that he’s going to contact some gardeners and arrange for the work to be done however I think that he may get them to do the whole garden and try to push all the costs on to me.

I had hoped to leave the house and maintain a good relationship with my landlord however since all these issues have come about I feel that he’s trying to take as much of my deposit as possible and I don’t think I want to maintain any contact with him from now on.

I don’t know if he will go for competitive quotes or even if he will get any quotes he can just tell me the cost was £X in a bid to take more money from me.

I would appreciate any advice.

Can I first ask how much was your deposit and who was it protected with?

Alan I have never heard of the Deposit Point Scheme? Can you please say the full name of the scheme used. Did the landlord give you a copy of the Deposit Protection Certificate and Prescribed Information for Tenants, provided by the tenancy protection scheme, within 30 days of your paying the deposit? Have you got a copy of the Notice that you gave the landlord saying that you would be leaving on 27th April? Was their an Inventory at the start of your tenancy and did you sign it and receive a copy to keep? If there was were any of the item ie the damage to the bath noted on that Inventory when you moved in? Did the landlord tell you to put the bed in the garage in writing?

I would be inclined to raise a dispute with the deposit scheme you are in.
It won't cost you a penny and arbitration should be fair.
This will cause a delay in you receiving either all or some of the deposit.
It is highly unlikely that the LL has complied with all that is required to recover the deposit for his own use.
Tenants are usually successful in recovering ALL of their deposit.

A number of questions to ask yourself:

1. Did the Landlord supply you with an inventory? Deductions can only be made if the check out shows differences to the inventory.
2. Who did your Landlord protect your deposit with? This is required by law. If not protected, you are onto a winner, seek legal advice, it will be worth it.
3. Landlords are not entitled to betterment, ie cannot charge for new replacement if not new at start of tenancy.
4. Just a comment - always risky when you rent privately, suggest you use aletting agent next time.

I think Paul has summed up most of what you need to know. However, if you want to know exactly what your rights and obligations are you can go to http://www.aplusinventories.co.uk/#/fair-wear-and-tear-explained/4572840183
Where I explain in great detail fair wear and tear, damage, apportionment and betterment.

Further note there are only 3 recognised deposit schemes, the one you mention is not one of them. They are:

Hi Alan,
Everyone so far is correct. To add info re a specific question you referred to. If you gave notice on 1st April for a tenancy commenced on the 14th of the month, your tenancy would end on 13 May. Legally your months notice must end on the last day of a tenancy period. The Landlord can be flexible but he does not have to be.

Re all the damages issues it all down to the ingoing Inventory and the Outgoing Inventory check. Was a check done with the LL at the point you left? Thats his chance to point out damages. Anything found later - tough on the LL. However if you left without giving the LL the opportunity to check you out and do an Inventory then you left yourself wide open to accusations of damage. That unless the LL failed to secure your deposit properly as others have discussed in detail above.

Always risky when you rent privately!!! What a load of toosh, and from past experience with letting agencies, both as a tenant and a landlord, I would say it's the other way round.

A propos of Ray's note: I don't believe the notice period has to coincide with the rental period. My agent, which is very conscientious, accepts notice of one month whatever day of the month it is given. Rent is collected on the 1st so the final payment will be pro rata. Some agreements may include this but it is not law.

@ Puzzler
I can't quote you the case but this notice requirement was created by the court of appeal in a previous notice dispute. Just because people do something else - including many LA does not mean it is correct.