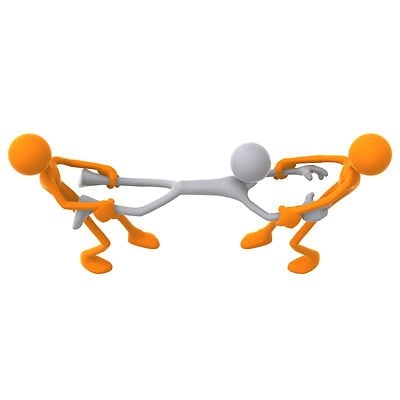 The Ombudsman has ruled, fair or not, you decide …. I previously posted information about a problem Estate Agent who had let my property in Dover to a family on DSS with 7 children contrary to my instructions of no DSS tenants and no pets. I was very specific about my requirements due to a nightmare and costly experience with a previous tenant on DSS who trashed my property.

On discovering that my agents had disregarded my instructions, I wrote a complaint to them holding them responsible for any loss of rent or for the cost of any repairs and evicting the Tenants or re-letting the Property. This culminated in a “desist” letter from a solicitor and immediate termination of Estate Agent services. I had also contacted the Ombudsman and after six months of waiting I finally received their report.

The Estate Agents denied that they had been informed of no DSS tenants and claimed that the tenants had never been on benefits; also that they had informed me by telephone that the tenants had 7 children and that this had been acceptable. Work had been required on the property but they considered these to be maintenance issues and they muddied issues of documentation which had not been provided despite repeated requests. They claimed that the property had been well managed until my unacceptable complaint which led them to withdraw services.

The Ombudsman confirmed that there was evidence that the instruction had been given and I had reminded the Estate Agent by e-mail of instructions prior to the contract with tenants. There was information in the contract which indicated that the tenants were on benefits and the DSS status of the family was recently confirmed by Dover District Council. The contract clearly states that there are 7 children and apart from the agents assertion that I agreed to this by telephone, no details were provided about the telephone call. (This telephone call never happened!!)

The Ombudsman considered that the Estate Agent had not followed my instructions not to accept tenants in receipt of DSS benefits and had not informed me of all relevant information about the Tenants at the time of application. Also supported was my complaint that the agent had not provided me with a copy of the Tenancy Agreement.

My insurance also is nullified and a suggestion of negotiation with insurance was made.

As regards compensation, the Ombudsman considered that it is the tenant’s responsibility to keep the place in good order and to pay costs of court action re: eviction. Likewise, eviction/re-letting costs are down to the landlord. The Ombudsman agrees that there has been aggravation and distress because of the performance of the Estate Agent and awarded £300.

I have the choice of accepting the award and the case will be closed, taking legal action or asking for reconsideration based on new evidence.

So while the Estate Agent walks away duly criticised and chastised, I am once again faced with a family with 7 children on DSS.

As there are no large properties for rent in Dover and Housing will not rehouse until the bailiffs intervene, costly eviction proceedings are on the cards.

The house is neglected and the entire house (5 floors) will have to be re-carpeted and redecorated. This cost me £13,500 in 2011 and is likely to exceed this amount.

I am not sure whether there is any room for manoeuvre and will be grateful for any advice that can be provided. 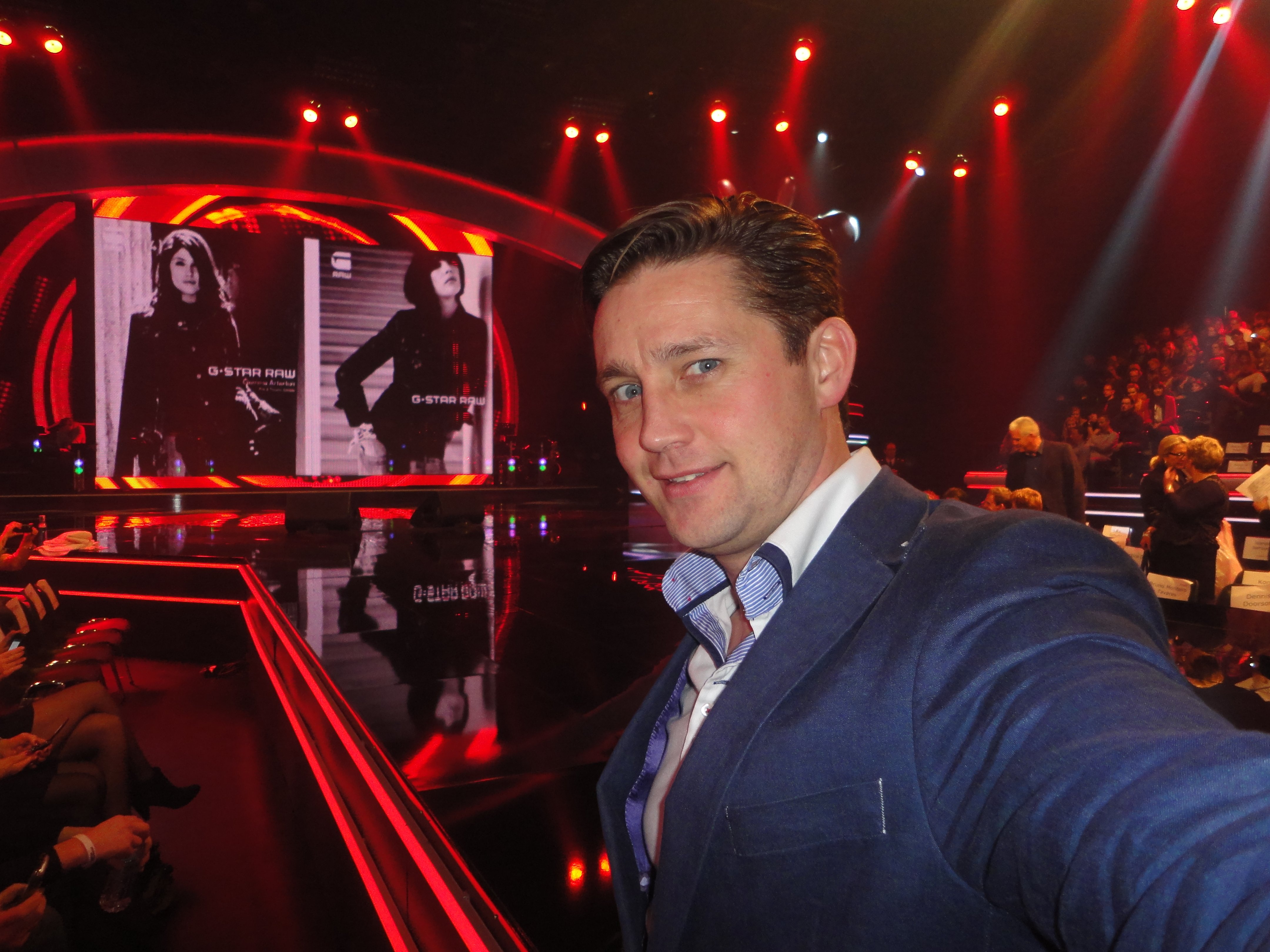 It may be that the ruling is in a way a nudge by the judge to take the case elsewhere and a bit of what leeway he has over charging fees.
There may be a consideration of what sort of tenants fit a 7 bedder and are not a HMO with its rules on fire protection etc. Also what are the likelihood of lost months of rent due to voids.
However a contract is a contract and it was put there for a reason. I did hear of a student house with cheap carpets that were replaced each year they had about 7 in there.

It would also be great if you used it as a case study in how to do SEO on the estate agent’s name…..

As an agent regulated by RICS, CAAV and NALS, I am more than happy for all LAs to be regulated. It does not actually mean that much, there are still regulated rogues - solicitors, accountants, surveyors, even judges

I think the point about REGULATION is the presumed expectation that a complaint would result in potential compensation being paid out by the regulatory body as in the case of solicitors.
They apparently pay a lot for their CMP scheme.
If not then there would NOT be much point in regulation..........................at the end of the day it is ALL about the money!
LA doing a runner with deposits etc need to be protected against.
That is what is meant by regulation.
The sooner we have it the better for ALL parties!

@Ian - that's a very good point and if Linda would like to send me scanned images I will be pleased to do exactly that. Sadly, it's not easy to get good SEO on PDF's but I will give it a go.

The Ombudsman is not as 'independent' as one might hope, as the owner of a dreadful letting agency here where I live has become one of the Ombudsman representatives, so therefore in my eyes that downgrades their capabilities to be truthful and honest. May I suggest that you use a good letting agent, but how you go about finding one will be difficult! Being stupid, I went for the cheapest, which cost me an arm and a leg in the end, but now I have ended up with a thoroughly honest and trustworthy agent, by paying very slightly higher fees. The worst agent was the one owned by a member of the ombudsman team, but others were also dishonest. Believe me it is well worth paying slightly more to find a good agent. If I name my present agent, you will think that I work for them, which I don't, but the'cheaper' agents make up their low fees for charging a lot for repairs, or doing various devious things!

Do you know if the Estate Agents have professional indemnity insurance - are they for example part of any professional body which may give you a clue. Are they an LLP or limited company? Alternatively, can you find out where the partners or directors live and establish via the Land Registry whether they own their property?.

I absolutely agree that you should try and challenge this if you can, subject to what the lawyers say, but if the agents have no cash or insurance, you may find yourself suing men of straw, which if you are paying out legal fees could leave you worse off, even if you win.

I would make your investigations before documents identifying the agent go live on this website, as this will put them on notice of your plans and they could hastily move cash out of your reach.

Good luck, whatever you do.

Message for Linda, did you make contact with Justin at The Law Department?

Yes there is a case but before you sue, consider

(a) you might not win, it is not a foregone conclusion. I have known people go to court with a water tight case and lose.

and (b) if this rogue agent has no money, it will be a pyrrhic victory indeed, so I would do some homework on that first.

I am most appreciative for the various valuable comments and information which I received in response to my posting about the Ombudsman's ruling. I thank Justin for his input re:legal costs for litigation. My limited finances will unfortunately not allow me to take the legal action required and causal links between the estate agent's actions and my losses is likely to be difficult to prove. So after a mammoth effort to assemble documentation for the Ombudsman and a six month wait for the ruling, I am left witha moral victory and little option but to reluctantly accept the Ombudsman's offer of £300 compenstation. With so little comeback on them, Estate Agents will continue doing as they please.

Harry Oatten - Words of Wisdom from a landlord of 50 years

Can I stop repossession with a lease option offer?