The 3D printer that can build a house in 24 hours

The University of Southern California is testing a giant 3D printer that could be used to build a whole house in under 24 hours.

Professor Behrokh Khoshnevis has designed the giant robot that replaces construction workers with a nozzle on a gantry, this squirts out concrete and can quickly build a home according to a computer pattern. It is “basically scaling up 3D printing to the scale of building,” says Khoshnevis. The technology, known as Contour Crafting, could revolutionise the construction industry.

Contour Crafting could slash the cost of home-owning, making it possible for millions of displaced people to get on the property ladder. It could even be used in disaster relief areas to build emergency and replacement housing.  For example, after an event such as Typhoon Haiyan in the Philippines, which has displaced almost 600,000 people, Contour Crafting could be used to build replacement homes quickly.

It could be used to create high-quality shelter for people currently living in desperate conditions. “At the dawn of the 21st century [slums] are the condition of shelter for nearly one billion people in our world,” says Khoshnevis, “These buildings are breeding grounds for disease a problem of conventional construction which is slow, labour intensive and inefficient.”

As Khoshnevis points out, if you look around you pretty much everything is made automatically these days – “your shoes, your clothes, home appliances, your car. The only thing that is still built by hand are these buildings.”

The robot automates the process of building a house from scratch

How does Contour Crafting work?

The Contour Crafting system is a robot that by automates age-old tools normally used by hand. These are wielded by a robotic gantry that builds a three-dimensional object.

“Ultimately it would work like this,” says Brad Lemley from Discover Magazine. “On a cleared and leveled site, workers would lay down two rails a few feet further apart than the eventual building’s width and a computer-controlled contour crafter would take over from there. A gantry-type crane with a hanging nozzle and a components-placing arm would travel along the rails. The nozzle would spit out concrete in layers to create hollow walls, and then fill in the walls with additional concrete… humans would hang doors and insert windows.”

The robot carries a reservoir of ready made concrete

“It’s a CAD/CAM solution,” says Khoshnevis. The buildings are “designed on computer and built by a computer”. Contour Crafting hopes to generate “entire neighbourhoods built at a fraction of the cost, in a fraction of the time, far more safely, and with architectural flexibility that is unprecedented.”

The Contour Crafting solution also produces much stronger structures than traditional building methods. According to Contour Crafting the tested wall is a 10,000PSI (pounds per square inch) strength compared to an average of 3,000PSI for a regular wall.

A test wall built with the robotic arm

The system could potentially be used to build large office blocks and even tower blocks. “You can have multi-nozzle machines and even have the structure climb the building,” says Khoshnevis. says Khoshnevis. This animationdemonstrates how a home is built using the Contour Crafting technique.

Will all future buildings look the same?

One concern with contour crafted homes is that they’d all look the same. Mind-numbing duplication was a key criticism of the suburban estates from the 1950s, even though they also brought good-quality housing to millions of people. Would robot-made homes have the same problem, spitting out endless duplication of the same basic template?

They would not be as homogenous as the suburbs, says Khoshnevis, because “every [Contour Crafted] building can be different. They do not have to look like track houses because all you have to do is change a computer program” to get a completely different house.

Because the buildings are printed with a nozzle, they can also be far more creative than current constructions. “The walls can be curved” says Khoshnevis and “you can have very exotic architectural features without incurring additional costs.”

A Contour Crafting robotic arm being tested at the research centre

Will builders be out of work?

What the implications are for builders is, of course, a major concern. Building and construction has largely escaped the construction line automation of other industries and remains solid employment for millions worldwide. According to the International Labour Organisation construction employs nearly 110 million people worldwide and “plays a major role in combating the high levels of unemployment and in absorbing surplus labour from the rural areas.”

That’s a lot of people Contour Crafting could make redundant, which raises the question of whether the system could do more harm than good.

“There is concern about people being put out of construction jobs,” says Khoshnevis but “the reality is that a lot of new jobs can be created in this sector as well.” Khoshnevis reminds us that in 1900 almost 62% of all Americans were farmers, whereas today less than 1.5% of Americans are in agriculture, thanks to advanced in technology. “The same will be true in the case of construction.” Khoshnevis argues that “Construction is a hazardous job” and points out that “it is more dangerous than mining and agriculture.“it is more dangerous than mining and agriculture. It kills 10,000 people every year [and] because of all the different trade and managements structures, the process is pretty corruption prone. It is very costly and always over budget.”

When will we see robotic builders?

But can the Contour Crafting robot move from its research lab environment and into the real world? “Khoshnevis is a prolific inventor,” says Brad Lemley, “who emigrated from Iran in 1974 and holds patents in fields ranging from optics to robotics, [and] decided there had to be a better way while trowelling plaster cracks in his living room following the 1994 Northridge California earthquake.”

“If you can build a wall, you can build a house,” says Khoshnevis. But Contour Crafting was named one of the 25 best inventions in 2006 by the National Inventors Hall of Fame and the History Channel’s Modern Marvels programme and is still being tested.

Nasa’s Desert Research and Technology Studies (D-RATS) facility is investigating infrastructure elements in order to evaluate the feasibility of adapting and using the Contour Crafting technology for extraterrestrial application.

“This technology is like a rock that we have rolled to the top of a cliff,” Khoshnevis told Discover Magazine, “just one little push and the idea will roll along on its own.”

So the question is; would you buy a 3D house? 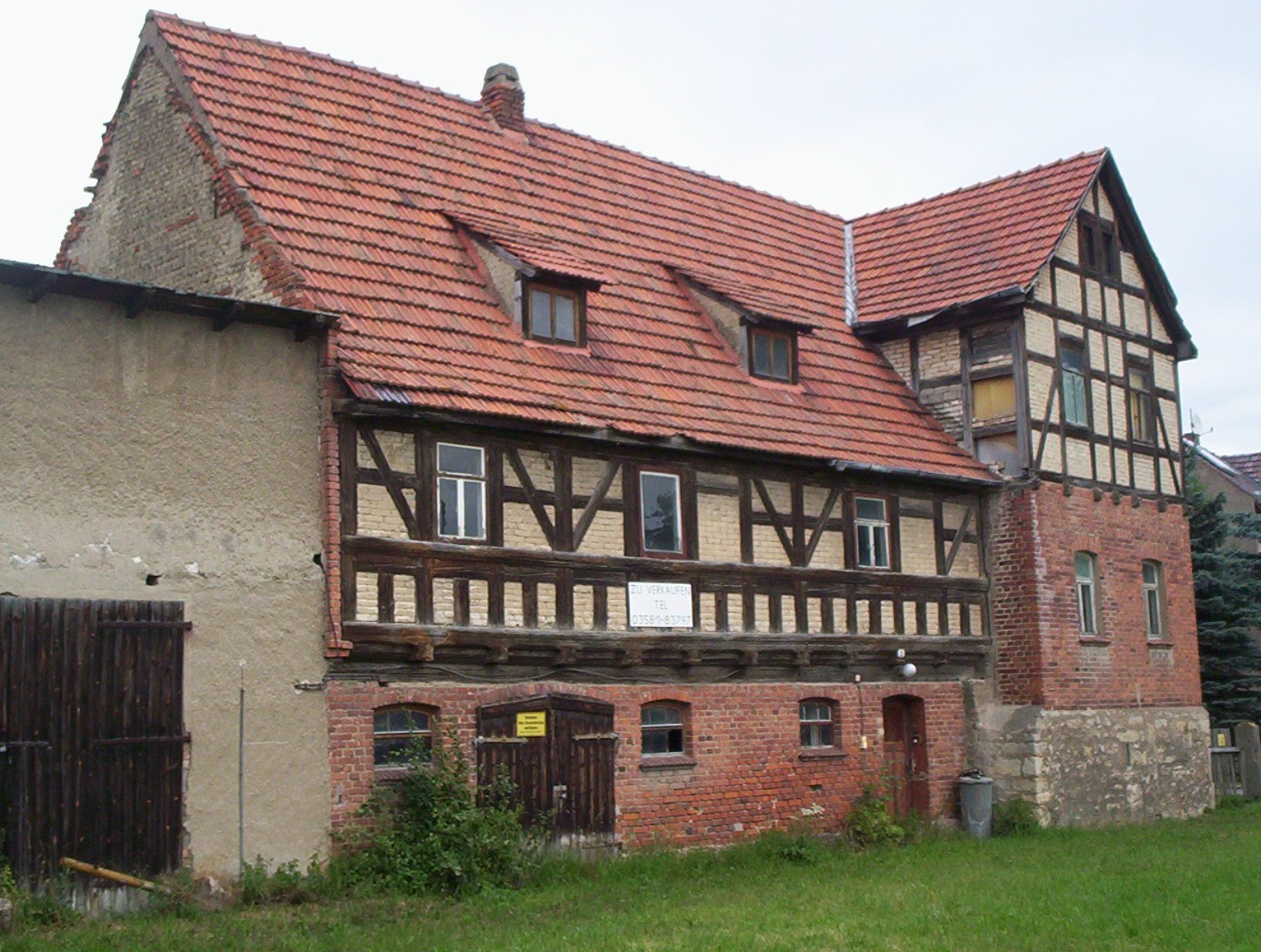 "So the question is; would you buy a 3D house?"

It was only a matter of time before construction labourers were made unemployed.

Technology will increase output and jobs. If you build so many times more houses you will need more windows, electricians, roofers, plumbers, sparkies etc etc.

Very very exciting if the machinery is efficient enough to make cost effectively which given time I am sure it would.

The three things you need in order to survive are water first, shelter and then food. A new technology on our second most basic need is serious news.

Anyone who thinks that we can go on expanding in a finite world is either mad or an economist.

Sorry Neil, got to disagree with u there.
If u ask me HB tenants, the three things u need to survive are not water, shelter, food. They will say Sky TV, fags, Cannabis-Cause my rent ain't up there on the list.

Sorry Mark to detract from the subject, just having a sense of humour moment. And sorry to disagree with u Neil, I normally do agree with u.

LOL - Neil has both of these qualities, I think I may too, albeit to a lesser extent 🙂
.

Yep Ok Paul and Mick You Got Me 🙂

interesting, but the walls alone dont make a house! i.e. foundations, roof, services, windows, doors etc etc are not 'printed'. also its a misnomer to call this printing...its just automation.

Yes agreed and exactly my point on it creating jobs

When we brought timber frame housing to the UK in the 1960's people then told us it would never catch on and they would never buy it. In the 1980's we developed houses that were manufactured in factories and transported to site by wagon and erected by crane. They would never catch on or people buy them. I have been involved with the construction industry since leaving college in the 70's, then we did not have the materials to carry out this type of construction but now who knows. In the 70's we did use slip form on tall shafts but not for the whole building.
This is a very interesting development and I would love to know more.
Any idea where I can find out more