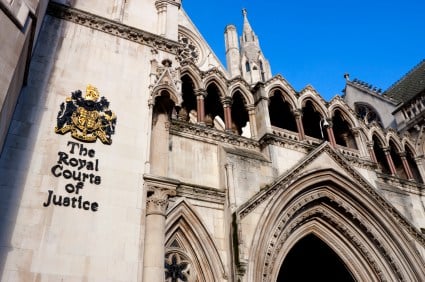 Nottingham City Council, who have been heavily crticised by our own Mick Roberts and Property118 members for their selective licensing scheme, are now under fire for wasting £95,000 of tax payers money on a failed Supreme Court appeal case.

The Council lost both cases against a landlord who was taken to court over the size of two student HMO bedrooms built into attics with a sloping roof.

“We believe as a matter of principle and fairness that there should be a minimum acceptable bedroom size that applies to everyone.

“We were therefore disappointed with the Supreme Court ruling because in effect, it means one group of people are being forced to accept a lower standard of accommodation than others. There is a real concern that this could be the thin end of the wedge and that the same interpretation could be applied to other minimum standards for HMOs such as the number and size of bathroom or kitchen facilities.

“The Supreme Court ruling is based on the law as it stands, but the Government supported the council’s appeal so we hope it will seriously consider revising the existing legislation to end this unfair anomaly.

“We felt strongly that there was a significant issue of unfairness at stake, which meant that tenants living in shared accommodation were at risk of suffering poorer quality housing than someone living in exactly the same house but on a separate tenancy.

“We aim to achieve quality housing for all, not just some, which is why we were prepared to take this case through the courts and had support from Government on our position, so it’s disappointing the Supreme Court ruled as it did.”

From 1 October 2018 the Ministry of Housing, Community and Local Government has published regulations confirming that HMOs licensed in England under part 2 of the Housing Act 2004 will be required to have a floor area no-smaller than 6.51 square metres.

“Additional conditions to be included in licences under Part 2: floor area etc

1A.—(1) Where the HMO is in England, a licence under Part 2 must include the following conditions.

(a)to ensure that the floor area of any room in the HMO used as sleeping accommodation by one person aged over 10 years is not less than 6.51 square metres;

(b)to ensure that the floor area of any room in the HMO used as sleeping accommodation by two persons aged over 10 years is not less than 10.22 square metres;

(c)to ensure that the floor area of any room in the HMO used as sleeping accommodation by one person aged under 10 years is not less than 4.64 square metres;

(d)to ensure that any room in the HMO with a floor area of less than 4.64 square metres is not used as sleeping accommodation.”

This article does not make it clear how many people were resident in the two rooms. On the face of it, if it was 1 person in each, the second room complies with the regulation and hence should not have been pursued it in the courts (6.89 available vs 6.51 required). It would have been more useful to highlight how this ruling can help other landlords understand where the legislation failed. Might have to 'google the ruling' now.

And all we are seeing with the current Licensing money, is they using the funds to paperwork nit pick faults with the Landlords that have come forward & paid.
Making us do an hours more admin for something that can take Licensing 20 seconds.

Where did that 1.53m height come from? Did the council invent it to favour their case?

So that would mean MORE of the floor area could be counted than the council was trying to do with 1.53m minimum height.

If the space was really tight on the 6.51m minimum, then varnished floorboards under the sloping ceiling would be better than thick shag pile carpets!

This highlights the sheer lunacy of this legislation, and the way it is being applied totally lacks commonsense, and just smacks of "jobsworths".

If the ceiling height is less than 1.5m the floor space is unusable!! Can the tenant no put a chest of drawers there? If they have a wardrobe does than not make the space it stands in unusable?

Reply to the comment left by Gromit at 19/11/2018 - 11:45
They're only doing because they can (with our taxpayers' money) and when they lose change the rules so they don't lose in future. It's a racket!

I regret that modern life is all about catching people on administrative technicalities whilst letting the real criminals go unheeded.
In the middle of a housing crisis it makes little sense to take any accommodation off the market.

Are there any more details as confusing. What was the objection to the larger room? And where did 1.53m come from? Should have been the legislated 1.5m, hence was that sufficient to make the smaller room compliant with the new room size minimum of 6.51m Sq? (mathematicians please advise!). How on earth did such a case get to court! Well done the landlord, who I am sure is sighing with great financial relief!! Proves, Nottingham landlords have big balls!

Common sense would tell that it is better to stuff someone under a slopping roof limiting floor space than to leave them sleeping rough in the cold, this country is no wonder going down the pan............We need more common sense and less bureaucratic red tape. I am sure the landlord didn't just spend thousands of pounds to stuff two students in his loft, and then that same council should not have approved plans if it did not meet minimum floor space standards.
Today I had an appointment with NHS Homerton Hospital, thought they were going to stuff a camera down my bladder to see whats going on inside, asked me to drink two pints of water and arrive 15min early for my appointment, only to poke his finger up my back side to feel my prostrate, that was done 2 months ago, why you would wonder NHS is also crying for more money, when there is so much wastage and unnecessary appointments, so now what was suppose to be done today is going to be done in December! How much do these consultants get paid....over £100K just to poker finger up someone's backside. I swear I could scream, I think it is time we landlords all sell our properties and go to Malta and join Mark.

the consultant being on say minimum wage wouldn't make make me feel any better about the procedure.

Do Housing Associations have a responsibility?

Advice about a student property purchase for our daughter?