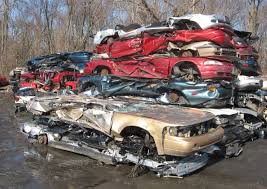 The Treasury needs to listen to the economists! Scrap Section 24 now!

Ever since the Government announced that landlords would no longer be allowed to offset the finance costs of their businesses, prominent economists have opposed this.

They both pointed out how this move was ‘plain wrong’ and based on false premises that landlords enjoyed a tax advantage compared to owner-occupiers (when the opposite was the case). One would assume then that as it was a big mistake it would be promptly overturned.

In fact, their evidence was completely ignored.

Over the subsequent 18 months, Professor Philip Booth elaborated on several occasions on his reasons for arguing that this tax levy on ‘individual’ landlords was so wrong. He even stated that it was based on an undergraduate error which should not be made by the Treasury and that George Osborne was either being deliberately dishonest or simply did not understand the issue.

Please see our two articles below about Professor Philip Booth:

Still the Treasury refused to see reason or listen to experts in fiscal affairs, tax and housing.

Dame Kate Barker has now spoken out against the tax levy. Still no u-turn.

Dr Kristian Niemitz, Head of Health and Welfare at the IEA has also published a brief, yet cogent report on the housing crisis in which he states with regard the ‘higher tax for buy-to-let landlords:’

‘The higher tax burden on buy-to-let landlords is also a step in the wrong direction. Letting a property is business like any other, and the cost of servicing the mortgage is a business cost like any other. Thus, the tax system should treat it as such.’ Click here

Still no change; the Treasury continues to stonewall and attempt to disorientate us with what is effectively gibberish.

When will the Government see sense and reverse this nonsensical attack on landlords (but only those with mortgages who are unincorporated)? The architect of it is gone (George Osborne) so what are they waiting for?

Surely common sense will prevail and the Government will do a U turn.

There vile maxim is "all for them and nothing for us"
It's called Neoliberalism...

Common sense and this Government do not go hand in hand. Until the rental sector is completely destroyed they will sit on their hands and do nothing. Then it will be "shock horror why are the landlords not providing Generation Rent with homes they cannot afford themselves"

In two years or so when the destructive effects of Sec 24 reach into and are seen for what it is by a much wider audience than just us private landlords then the pressure will really build to do something. Those who work in the care industries and numerous other affected industries who will start to suffer alongside us will then begin to add their voice .

I anticipate the government will then make cynical concessions in order to get re elected in 2020. They wont call it a U turn but a realignment of policy in light of new economic data blah blah blah.

They will do this to cynically to win votes because they are politicians and not business people or social care providers. Common sense to them means doing something to get re elected - no more no less. Just as common sense to me as a property investor may mean me selling a few dozen properties to pay my tax bill.

But my common sense makes absolutely no common sense to my tenant who is being evicted as they face homelessness. They don`t really want to and don`t really have time to understand my perspective. Their whole focus in life now is on packing their bags and finding another roof over their head.

They are as angry with me as I am with the government. If they turn to anyone it would be to the caring organisations and ask them to fight their cause. But no one really is doing that either ( as yet ) for them. Maybe in 2 years they will as their budgets get even more critically affected.

Governments act like the school bully in many respects. They stand on your throat so you cant breathe. We then plead with them to release the pressure just a little bit so we can survive. And after 2 minutes they do so. We are still on the floor though with their foot on our throat. But as we gasp for that sweet air again we are so relieved that the pressure has lifted slightly we actually find ourselves thanking the bully for being kind to us in letting us live and breathe again.

The government has their foot on my throat now. Not in 2 minutes but maybe in 2 years they will release the pressure a little so I can breathe. I must remember not to thank them to profusely when that happens. Bullies only get encouraged by that and their behaviour will never change but will just repeat their cruel actions in 5 year cycles

Everyone should contact their MPs (email is fine). They probably need educating a bit about why the tenant tax is unfair tax-wise, how it will impact tenants badly and will not help solve the housing shortage as corporate landlords will take over and that what is needed is more homes built. This approach was very effective with my MP (Labour) who has taken my points to the Chancellor and is actively pressing for change.

Hi Paul. What is the name and constituency of your MP? He/she could be useful.

Hello, had the following response from my MP who clearly has just copied & pasted the Government/Party line and unfortunately demonstrates his lack of understanding of the subtleties of the changes:

Thank you for your email below, which I read with care.

I appreciate the strength of your feeling, and the points you make, however I must be open with you that I do not believe there are any plans to reverse the recent changes to taxation of landlords. The current tax system supports landlords over and above ordinary homeowners, with tax relief particularly benefitting wealthier landlords with larger incomes. Every £1 of finance cost they incur allows them to pay 40p or 45p less tax. My understanding is that changes to Mortgage Interest Relief do not tax landlords on turnover as opposed to profit. Rather, they remove mortgage interest from what is qualified as ‘allowable expenses’. Maintenance and repairs (along with agents’ fees, legal fees, insurance, utilities, and service charges) are all still ‘allowable expenses’ and thus still tax deductible. I do not believe that this is unreasonable. Fewer than 1 in 5 individual landlords are expected to pay more tax as a result of the restriction to Mortgage Tax Relief. Furthermore, this change is being introduced gradually from April 2017 over 4 years. This will give landlords time to plan for and adjust to these changes.

I appreciate we may not agree on this, but wanted to respond as fully as I could, and nonetheless thank you once again for taking the time to contact me.

Hi Paul
By all means do so but he/she will refer it to the Treasury who will produce a pro forma response citing that only 1 in 5 landlords will be affected and how this is to make a level playing field. I have told mine I am not voting for him until s24 is repealed. He has a solid majority so can ignore me.

The Tenants must now have their say on Section 24