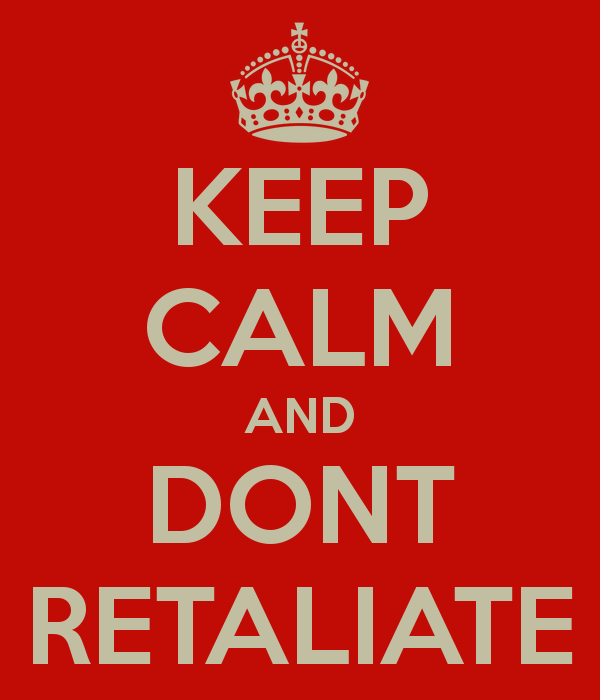 In a similar situation to the excellent discussion on Retaliatory Eviction, I can report that I have encountered similar practices in an unlicensed HMO. The situation is in some ways worsened by the fact that the four tenants involved were teenagers (2nd year university students) at the time that the 1 year AST was entered into, and as such, inexperienced in property rental. To say that they were exploited by the letting agent would be an understatement (in my opinion).

The property in question (in an E3 postcode area) is a double maisonette, two houses built one atop the other, the upper one having a separate entrance from a concrete walk way. It was originally built on two floors with the lower floor comprising a separate kitchen at the front with an L-shaped living/dining room at the rear. It has been “converted” so that the original kitchen is now a fourth bedroom and the original dining area of the lounge/diner is a very small kitchen. Dining is now at one end of the lounge area. Plumbing from the repositioned kitchen is still connected to the original service points by running the water and waste pipes through the new 4th bedroom around three walls in boxes. As you can imagine, the waste outlet is very slow due the the poor rate of fall in the pipe. The gas boiler has also been repositioned as a wall mounted unit in the lounge area again with water and gas supply pipes running around the walls through the living area and hallway back to the original connection points in the “new” 4th bedroom.

Subsequently, the tenant contacted the Local Authority who confirmed by e-mail that the property was an HMO. When this was reported to the letting agent, their response was, the local authority had contacted the landlord and if the matter was pursued by the tenants, the landlord would evict using a section 21 notice. Subsequently, the letting agent has said that he will get the landlord to fix any minor problems with the property being an HMO, but “if you ask for anything expensive he will evict, what is it that you want?”

The tenants have again contacted the Local Authority to ask for an inspection of the property to try to gain an official list of rectifications required, but have been met with a “we can’t inspect every property because our workloads are too high”.

It seems that a two tier HMO is not working too well as the threat to evict will stop any reporting of the situation by the tenant, especially where the Local Authority does not intervene . Since the HMO designation is statutory, I would have thought that it would be mandatory to at least investigate claims of this nature, otherwise why have the unlicensed HMO status when there appears to be no effective means of gaining enforcement of the statute without the risk of eviction?

Since all the guidance I have read says that the the requirements for HMO’s applies equally whether or not it is licensed or unlicensed, is there not a case to simply have all HMO’s licensed? As the statistics show, tenants are 14 times more likely to die in an HMO than in a regular tenant in a non-HMO, or is it just a fact of life that we cannot afford to protect all HMO tenants equally because of the current financial crisis, and that’s not mentioning what I believe to be the poor practice of the letting agent who is, at best, taking advantage of the naivety the tenant by knowingly letting an unfit HMO.

Can someone help here.
I understand what a HMO is.
It's based around multiple households in the same property.
I thought:
that just those over 3 or more floors including basements, attics needed licensing and;
It is understood that all HMOs must meet HMO standards, even if just one floor.
--
Does a reference to 'unlicensed HMO' that mean yes, its a HMO, but because its just two floors, licensing is not required?
Or, does the reference to 'unlicensed HMO' mean that it requires licensing despite being on just two floors and by not having a license, it is breaking the law?

Lets start with confirmation that the property is a HMO and if the local authority is exercising its right for discretionary licensing then a license is required.

If a license is required and the landlord doesn't have one, he can not gain possession via section 21.

However, like any AST tenancy (and most non-ASTs), you are only guaranteed the right to occupy for as long as the agreement you make with the landlord. You haven't had to commit to staying there for 5 years, the landlord has made no commitment that you can stay beyond the initial 6/12 months.

I do understand that this uncertainty makes it difficult for tenants to stand up for their rights, but once out of contract, if the property is that bad, the tenant has the option to leave. Please don't think of me as heartless - just pragmatic.

For JayJay - any property comprising more than 2 people forming more than 1 household is a HMO. ALL HMOs that have more than 5 occupants and cover 3 floors or more need a license. In some areas the local council requires other HMOs to be licensed.

I take from what you say Dave, that a two floor HMO does not need to be licensed.
Of course the council may use discretionary powers to require a license.

I'm not a HMO expert. However, a 2 floor HMO with 6 people in does not require a license, but if those 2 floors are not the only floors (eg there is a shop below) then because that is 3 floors, it would require a licence.

However, as has already been said, a HMO must meet the standards, whether it is licensable or not.

Maybe a minor change in housing law could be that if the EHO or Fire Brigade issue an enforcement notice on a landlord then possession can not be granted under section 21 for 6 months.

Just read last sentence. perhaps "no possession until explicitly stated (by EHOs) standards are met". Thus possession could be after any period of time, determined by when repairs are made.

An excellent guide, explaining exactly what an HMO is can be downloaded via this thread >>> http://www.property118.com/renting-by-the-room-understanding-hmo-licensing/34748/
.

Looks like a useful guide Mark - however may I suggest your article title is a little misleading as HMO regs apply equally whether the property is let by the room or the whole property on a joint tenancy. Indeed, a single tenant can form an HMO if he has more than 1 lodger

Reply to the comment left by "Dave Reaney" at "20/08/2013 - 21:58":
It seems some councils have different rulings. In Cardiff and surrounding areas 4 or more people unrelated sharing the property is classed as HMO and has to have a license abd all the rules that go with the licencse. I am having to pay for a new licence with Rhondda Cynon Taff of £500 as I have now will be having 4 tenants instead of 3
Its a rip off !

Yes Chris. There is mandatory licensing - 5 occupants/3 floors - but councils can impose 'additional licensing' under section 56 of the 2004 Housing Act.
http://www.legislation.gov.uk/ukpga/2004/34/part/2

Another alternative for councils is "selective licensing" http://www.legislation.gov.uk/ukpga/2004/34/part/3

One student tenant wants to replace another on an existing tenancy

How long does it take for a tenant eviction?