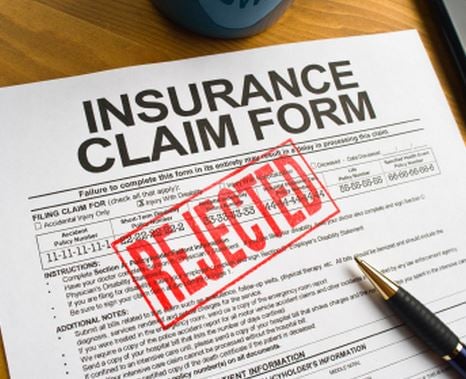 PI Insurance has left me without cover!

I am looking for a good solicitor to take on an argument with PI insurers.

In brief, I have a Professional indemnity policy for legal expenses with them. During the latter part of last year, we had reason to submit a claim based on an employment tribunal issue. We submitted the claim via our broker and they advised the insurance company, who in turn after speaking with me and asking the usual questions went ahead and appointed solicitors, in Manchester to defend the claim. So far so good.

After some initial enquiries and questions from the Solicitors, we received the client care letter, in which they pointed out that as this was a merits based policy, which basically means that if they believe there is less than a 51% chance of success they will withdraw! I hope I have your interest now because this is a disgrace and as good a case of miss-selling as any bank is, or has been facing. I did of course argue, that as I had paid 100% premium I would expect more than 51% support and that nowhere in my plain English speaking policy does it refer to such a clause and had it done so I may not have bought it, But then again, nor would anyone else?

However, after a couple of months the solicitors send a letter and email saying the inevitable. We don’t think, given the evidence, that there is better than a 51% chance of success if this goes to a full tribunal so “ we are out” no warning, no argument, no discussion. simply pushed off out to sea and abandoned with nowhere to turn!!!

I contacted the solicitors and argued that in my opinion they, their legal exec in fact who had been left to defend this case had made several errors and misinterpreted and misread some of the vital points (as an aside within the next day or so I got an email saying she had now left the company). After a long and heated discussion they agreed and accepted that I should have been advised of the ‘Tier system’ regarding settlement and as I had not they would go back on record and seek to negotiate the same.

After some toing and throwing we agreed on a figure in July 2016 and were given 21 days to pay which we did.

In my insurance contract it says:-
“Insured incidents we will cover
1. Employment disputes and compensation awards”

I have submitted the settlement agreement to the insurers arranged by their appointed representative, but they have refused to honour the contract. I have submitted my complaint to the FSO but have no faith in that process as “pee and pot” come to mind, I am now looking for a Solicitor to assist me in this matter and right this unbelievable miss-selling scandal.

Miss-selling Act, Unfair terms Act, and Plain English contracts. Breach of contract and so on I am sure.

I did check with our team who have been in contact with you, and I don't know the technicalities, but unfortunately they were not able to help on this one.

Be careful you don't end up throwing more good money after bad and you start incurring costs disproportionate to the loss and chance of success.

Hi Neil
thank you but other than a brief message from Mark saying it is being looked at no one else has been in touch.
I must also say, cant believe your take on this it is an out right scam surly, to sell a policy which does not offer the cover it has purported to do ? The other issue I failed to mention of course is the conflict of interest. The solicitors appointed by the insures to act for me, do in fact, act for the pay maser? How is any of this right?

I am not saying any of this is correct and I totally sympathise.
I just want you to be cautious about spending too much money on a long expensive battle.

I don't understand why employment law would be covered by a professional indemnity policy.

I'd have thought a membership of something like Croner Consulting or Penninsula was better suited to employment issues.

My understanding has always been that PI insurance covers businesses for advice given to clients.
.

Hi Mark
That as may be but we have PI insurance and part of that policy offers this cover.so they should honour it!
Thanks

It does sound like the insurers have landed you in a bit of a pickle.

Have you asked them about their complaints procedure?

It might be best to take this route first as any reasonable complaints procedure has defined timelines under which a decision has to be made, the legal process has no such bounds. Plus, of course, it doesn't cost you anything,

If you still aren't happy, then go down the lawyer route.

I had a similar instance in using my household insurance to deal with an employment issue. They clearly stated, up front in writing, that if they didn't consider there would be a greater than 51% chance of winning they'd withdraw, which is maybe why you are upset as your insurers failed to provide this early on...

It made sense to me at the time that they take this view as I'd not want to pay increased premiums if they (and all insurance companies for that matter) were chasing after causes that had no chance of winning.

Thanks Michael
I have been down that route and given the severity of the scam it would be almost impossible to get a positive result from within, as that would open their own can of worms.

The very reason we insure ourselves is to protect against loss and or damages, what would the point be in insuring our cars FC with a caveat that says 'as long as you don't have a bump'? I am upset about the whole principal that they can sell insurance but only offer partial cover. It is simple wrong and hidden in jargon and small print. In addition of course the whole legal profession are implicated, as they have a clear conflict of interest and it is beginning to show even here.

How do you know that invoking their complaints procedure won't solve the problem? Simply as an observation, if you go to the FSA, a judge or anyone who can make a ruling they are going to ask "why didn't you invoke the complaints procedure?". Anything you say in defence is going to be handled with a degree of suspicion because they would see the complaints procedure as a fair and reasonable way of dealing with this (regardless of whether it actually is or not). If it still doesn't resolve things, then they will give greater attention as you've demonstrated that you've actually tried all possible alleyways first, it will only help your case and focus their attention on the insurer/lawyer, which is what you are looking to achieve,

Don, can you explain your premise a bit more, it's not clear to me where you see the injustice or scam.

From what I can make out, you've invoked an element of an insurance policy you had to cover a matter involving your employer and having set out the case to a lawyer, they do not see a greater than 51% chance of winning the case so are not prepared to assist with it leading to the insurers saying you don't have a valid claim. What have I missed?

If you'd rather not answer that is fine (I am being quite direct after all), the question is only asked to see if there are other cost effective ways that this could be approached.

As another angle to consider, have you looked at your other insurance policies to see if you have cover that could help you instead (many residential house insurance policies do)? If so, trying it via that policy may get you the result you desire and no significant costs.