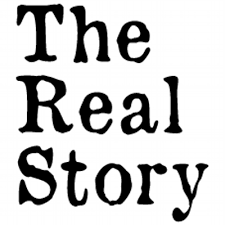 In an article for the Northamptonshire Telegraph Councillor James Burton was reported as below:

“The problem is one that has affected councils across the country, and Cllr James Burton (Con, All Saints) says it is not one members are taking lightly. He said: “Homelessness is happening throughout the country, not just in Kettering. It is a huge issue at the present time.

“I believe Kettering is coping and it is on the increase, there’s no doubt about that, but we have reasons for that. “We know what the reasons are and we are putting things in place hopefully to manage with that.”

“It’s all to do with business, but unfortunately it puts a strain because they’ve got nowhere else to go so they come to us.”

The Letter I wrote in response to this is copied here:

It has been drawn to my attention that you have suggested that rising homelessness in Kettering is caused by private landlords evicting.  Unfortunately, you have not given the reasons why this would be so. Because you have not done this, it implies that private landlords just like to evict, or as some people suggest, that we do so in order to replace tenants with others who can pay more, as we are greedy people. In fact, the main cause of landlords evicting up till now has been when tenants have broken their tenancy agreements, often by not paying the rent and/or damaging the properties.  Most professional landlords like myself have never increased rents for tenants in situ or evicted good tenants who abide by their tenancy agreements.

You will also find, if you look into this more deeply, that the real causes of homelessness are things like drug or alcohol dependency; that is, homelessness is not ’caused’ by landlords, even if they have to evict tenants. To blame landlords for evicting tenants in breach of their agreements is rather like saying that it is an employer’s fault if she or he sacks someone who has stolen from them. This constitutes a kind of infantilisation of people and encourages the abrogation of their responsibilities for their own behaviour (and, as usual, the displacement of this responsibility onto landlords).

However, I will acknowledge that landlords are now in fact starting to evict tenants in order to raise rents; this is generally a new development as it has not been in our business interests to have unnecessary churn, which leads to voids, contrary to popular stereotype. Landlords are not, however, raising the rents in order to pocket the proceeds, but rather to pay the potentially infinite tax rates which will apply from April 2017. If you are not au fait with Section 24 of the Finance (no.2) Act 2015, I put the link here to my comprehensive report on it. You will find it enlightening and will see how this measure is going to prove catastrophic for levels on homelessness in this country.

What I find ridiculous is its actually in the figures social landlords evict more than private. Further since 2001-2002 social landlords have increased rents faster than wages. This is despite them not being even obligated to pay tax!!. Yet the left never and I mean never wag their finger at social landlords.

Well done Ros. No matter how many times we tell them the magic ratio figure is trotted out by the Housing Minister and MPs "Only 1 in 5 landlords will be affected" like a parrot on a permanent loop, or one of the pigs in George Orwelbournes Animal Farm -First Time Buyers Good - Landlords Bad". Exactly how bad it will have to get before they see sense I don't know. On the estate where I let a lot of properties there always was around 5 -7 one bed flats to let at £350-£375 per month. There was a lot of competition so it kept rents down. Now 12 months later those flats are £425 per month and there isn't one flat to let. In 15 years of being a landlord I have never seen it like this. There are however 5 flats up for sale, currently unoccupied while the landlords are trying to sell. And they have all said that what the government is doing to residential letting has done this.

Policies Dreamt up by idiots

Policies Dreamt up by more idiots

Dreamt up by friends of political idiots

You just couldn't make it up.

Vote UKIP and stuff them all.

Breaking News.
I know how to fix the NHS.... stab a nurse and let the tyres down on all the ambulances.

What a bunch of political toss pots!

Brilliant words Gary.
Everyone should save those words & re-paste them when necessary, about sums it up.

Probably should add Universal Credit took us back 20 years, with not being allowed to send or receive an email from them, yet we can email the Police, & buy & sell houses with a solicitor all through an email.

What is wrong with properly compiled and evidenced rogue landlord databases? Surely those of us who provide decent accommodation and make every effort to comply with all the ever-increasing regulations should be happy that those who flout them are identified and, for want of a better word, blacklisted. TV pictures of beds in sheds and slum conditions give us all a bad name. (As long as we are not blamed for damage caused by the tenants themselves, of course - it's bad enough having to pay for putting it right).

The biggest problem will always be what the typical Shelter advert looks like.

A home where a Tenant is not behaving in a "tenant like manner", filthy, mouldy, broken etc. daubed with a "Rogue Landlord" slogan.
.

and now today's story about substandard accommodation for asylum seekers, which covers many issues relevant to this discussion: http://www.bbc.co.uk/news/uk-politics-25674108

Yes, Mark. My very first tenants were a group of boys who dismantled new beds so that they could sleep on mattresses, pinned up blankets over the curtains (turned out they wanted to hide from the neighbours the fact they were smoking weed), chopped wood on the fireplace, cracking all the tiles, shat in the garden despite there being two loos, left all their rubbish for the entire time they were there to pile up in the back and wrote disgusting graffiti in thick black marker pen over the walls - which meant the whole rooms had to have about three licks of paint to cover it. They then stopped paying the rent. While I was waiting for the last tenant to be picked up on the day of the eviction, a father of one of the tenants came along and talked about the 'awful state of the house.' I said 'yes, it was immaculate a few months ago when your son and his friends moved in.' This is also the case with some of the programmes we see on the subject - how is the landlord responsible for the piled up clothes, toys, rubbish bags, old food etc all over the place? It wouldn't have looked like that when they moved in.

I was incensed by Shelter's pre-Christmas begging ad, showing a homeless person, which gave the distinct impression that donations would go towards helping Shelter provide accommodation. This was not spelt out in definite terms, of course, but the implication was there, pulling at the heartstrings of potential donors preparing to enjoy Christmas in their cosy homes. This dishonest approach, misleading while staying just outside of any possible legal challengoe, seems typical of their marketing. As Ros says, rubbish, filth and condensation mould are also depicted as having been cased by the landlord.

Add to Gary's list the abolition of agency fees which will further force landlords in to raising rents or selling up, added to which is the threat of an annual property tax payable by the land/property owner (on top of a so called consumption tax in place of the current council tax, payable annually by the resident/tenant) as published by the Institute of Public Policy Research on the subject of how to raise revenue through Wealth & Property Taxes. That would be the last nail in the coffin for the whole of the private rented sector. It could even stop the growth of the property market in general or even cause a decline in property values that MP's would no doubt spout is vital in order to help the first time buyer get on the property ladder.

Spain has abandoned any pretence of respecting private property rights

Conveyancing - Are things so much better than they used to be?

Transferred residential to our sons?