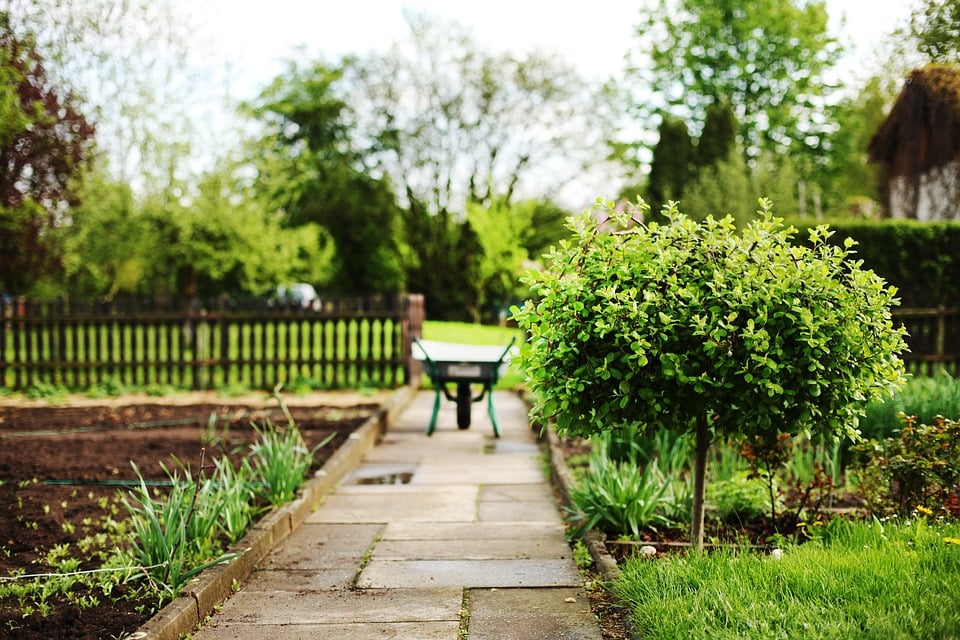 Should we use Allotments?

England’s allotments could provide space for over 600,000 new homes, according to the latest research by GetAgent.co.uk. The research found that there are an estimated 4,554 allotments across the nation containing roughly 177,606 plots, each at an average size of 250 square metres. That’s a potential 44,401,500 square metres of allotment space, enough to build 604,513 new homes based on the average property size of 73.45 sqm.

London is home to the greatest level of allotment new-build potential, with over 7m sqm of allotment space able to facilitate 95,575 new homes to the tune of £50.3bn in market value.

Tyne and Wear comes in second, with its 291 allotments spread across an estimated 2.8m sqm able to facilitate 38,628 new homes.

Outside of London, Hertfordshire (£10.4bn), the West Midlands (£9.3m) and Tyne and Wear (9.3m) also rank top where the highest potential value of these new homes is concerned, with Surrey also home to a potential value of £8.5bn in allotment new-builds.

In contrast, just one allotment space is recorded in the City of London. Despite this, the 9,750 sqm could still see 133 homes built to the tune of £109.8m.

Founder and CEO of GetAgent.co.uk, Colby Short, commented: “Allotments can play a very important role within the community, particularly in our major cities, providing the outdoor space that many look to in order to relax, unwind and socialise. So in this respect, they are probably more valuable than any bricks and mortar market value.

However, we desperately need more homes, an issue that the government has been woefully poor at addressing. While we don’t suggest that allotments are the answer, we wanted to draw attention to the fact that more must be done.

Rather than sacrifice the nation’s allotments, there is a great deal of brownfield and wrongly classified green belt land that could go some way in helping deliver more homes. But until the government decides to pull its finger out, it will continue to sit unused and of no use to anybody.”

be easier if the government offered to buy out existing empty homes! If they offered just a bit below market rate, you might find those private LL's that are currently holding back renting out (as a result of disproportionate/anti-LL rules) or those that want to get out of the game completely might just sell to get rid.

The gvt are so hellbent on 'eco' initiatives then lets see them take on what actually exists now, instead of just thinking 'build more'. This would run in parallel with the re-categorisation and supposed freeing up of rules when it comes to planning permission for change of use into residential accommodation.

Reply to the comment left by DSR at 17/08/2021 - 16:22Leave allotments alone. Very few plots are unused, even less since Covid!
There are, and will be, so many empty office buildings which could/should be converted into affordable housing not to mention factories/warehousing etc. Note the affordable housing and not up market gentrified housing.

Allotments are good for soil health, locking up carbon and biodiversity, not just for the mental health of people in communities.

This looks to me to be just a bit of spin dreamed up by people lobbying on behalf of organisations and politicians representing developers to let more greenbelt land go. The planning process is already a feeding frenzy. The sharks just want more carcases to eat.

Madness. Nobody touches my allotment! I'll be joining my fellow allotmenteers lying in front of the bulldozers. Interesting that this arrives on the day that sees a possible 20,000 Afghans welcomed to join us - somewhere in the UK. How about taking a slice of land from some of the many massive private estates around the UK, especially Scotland. 'Hunting, shooting, fishing...and housing.'
James

I agree Save the Allotments!

For me it's all about my personal escape space away from al the trauma of dealing with benefit tenants (in particular), so total irony here if mine was 'compulsary purchased' to make way for more accommodation to house more of them....

Then you read the small print.....and find that there are just as more requirements as there was before.

There are as many as 4 million public parking spaces and around 7m private in the UK (RAC figures). At 11.5 sq m each, that's a potential 126m sq m of space, enough to build over 1.7m new homes (i.e. ~3x allotments).
Many questionable assumptions behind that I am well aware, but our priorities can be judged by which we seek to expand, and which repurpose.

Reply to the comment left by Judith Wordsworth at 18/08/2021 - 12:25
Totally agreed. The council owned allotment sites, I have one near me and it looks like the council is deliberately letting it get run down. You cannot get a plot but very little are being worked. So you can see eventually they will say there is no demand and hey presto a new estate goes up.
They are such a precious resource in cities where people have tiny if any gardens and are crucial for mental health.
I think it is time the government planned some new towns in the countryside that are self sustaining, non commuting an well planned, not these little toytown estates built by the big housebuilders that are springing up on the outskirts of towns everywhere like little add ons.

Reply to the comment left by James Noble at 18/08/2021 - 13:13
Yes I hear the royals have lots of land. Interesting that on Dartmoor it is difficult to get freehold houses, most are on leases to the crown. Wonder why it is so difficult to see changes to the leasehold sector in this country.