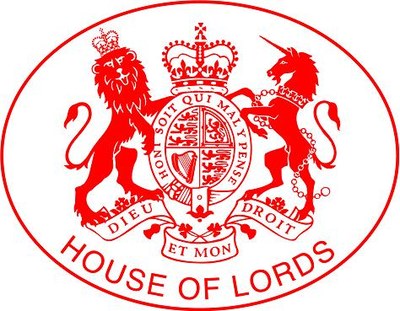 Rental payments could be added to credit scores

The Creditworthiness Assessment Bill has had its second reading in the House of Lords with a general debate on all aspects of the Bill on the 24th November.

The Bill is now scheduled to go to Committee stage with a line by line examination, but the date for this stage has not yet been confirmed.

Summary of the Creditworthiness Assessment Bill: A Bill to require certain matters to be taken into account when assessing a borrower’s creditworthiness.

1. Assessing the affordability of a borrower’s creditworthiness

(1) The Financial Services and Markets Act 2000 is amended as follows.

(1) This Act extends to England and Wales, Scotland and Northern Ireland.
(2)This Act comes into force on the day on which it is passed.
(3)This Act may be cited as the Creditworthiness Assessment Act 2017

“It is a great honour to be talking about poverty again in the House. Whenever I get to the House, I would love to jump up and say that we are not doing enough for the poor; we are not creating the escape ladders for people in poverty. If you look at the work that I have been doing over the last 26 years, it has nearly always been aimed at how we can dismantle poverty in the lives of the neediest. One escape route is obviously around education and housing and the opportunities that you get through work—but another thing, which is hidden, is how expensive it is to be poor. It is incredibly expensive. If you are poor, you pay more for your electricity, gas and credit. That is why this Bill is based on the work that the Big Issue has done over the last seven years, when we have been working with a credit agency called Experian. We have worked to find the records of 1.5 million social tenants and to look at ways we can reduce the cost of their credit and, we hope, move them incrementally towards democracy and justice. As we know, the poorer your life is, the less likely it is that you will be able to participate in democracy. Democracy is about choice and the poorer you are, the less choice you have.

“The work that we have been doing with the Rental Exchange looks into the ways in which people’s rent can be used when they go forward to get themselves a credit rating. Interestingly, if you are a mortgage holder, and if you pay your mortgage on time and do not miss it too often, you will automatically have a higher credit rating, because the credit agencies will look at you and say that you are a jolly good chap, woman, student or whoever. But you might have been living in social housing, or in another form of rented accommodation, for one year, five years, or 10 years. ​There are the boxes to be ticked at the bottom of the form saying, “Are you a tenant?” or “Are you a householder?” and, if you are a householder, that box is ticked. If you are a tenant, the paper is normally thrown away, not even considered, or you will be given a very low credit rating, because they do not take into account the fact that you are paying your rent. You could be an incredibly good tenant, paying regularly for many years—or you could be a lousy mortgage holder.

“There is this injustice, and the Creditworthiness Assessment Bill is an attempt to change the way the credit agencies look at this social morass, this social gap, this representation almost of a class line that is drawn between those who are in luck and those who are not in luck—the people we want to address. The Big Issue has done this work and is proposing to carry on with it. I am proposing that we change the legislation so that the credit service providers have to take into account the fact that people have paid their rent. There are, however, a number of problems, because some people’s credit score could go up, while others’ could go down. We need to make sure that those people whose credit is poor and will stay poor, or even get worse, are helped. What happens now is that nobody’s credit is taken into account if they are a renting tenant. We therefore do not know how we can put our arms around those people who need to be supported in credit and who do not have a credit record. These are some the considerations that need to be made. We have to be very careful that we do not help only the low-hanging fruit, so to speak. We need to also socialise and engage with those people in need of support.

If this Bill is passed then it will give much greater weight to credit scoring/checking for landlords and agents when referencing potential tenants.

The practical issues are that ASTs are not considered a consumer loan or finance. Landlords and agents have no way currently of feeding back to Equifax or Experian unless a CCJ is registered with the courts.

However, last week in the Budget the Chancellor announced a £2m competition to help create technology that will allow credit scoring firms to include rental payments.

Experian has also launched a scheme for Private Sector tenants to use their rental payment history to be included in their credit file. This scheme is currrently being operated as a trial with rent management company Credit Ladder.

Why do I get the feeling that the next thing to hit LLs will be some form of FCA licence/fee/course/regulation/criminal sanction for failing to comply etc...?

How will be they be able to take rent payment history into account?
Accurate data don't input themselves.

This is potentially very dangerous for landlords as this might mean either having to comply with onerous regulations out of reach of most landlords or being forced to use a regulated agent to collect rent payments.

Reply to the comment left by Romain Garcin at 27/11/2017 - 15:20
It's more likely to be regulated collection agents...helps to stop us 'rogue agents' running off with rent money. 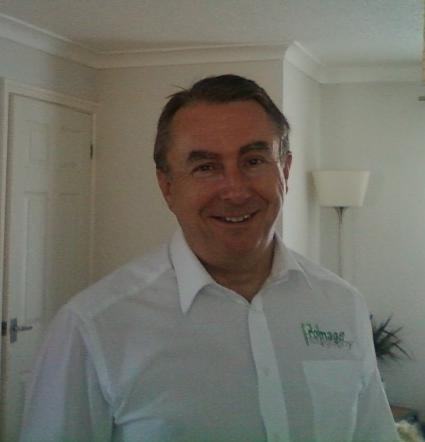 I can't see why you are being negative about this. It can only be a good thing for landlords, surely. Am I missing something? It is filling a gap in the referencing process that is important. Personally, I feel that landlords should be using a good agent to find tenants for you. They take all the responsibility, take all the training costs and give you advise, all for a resonable fee. A tenant will also know that if they don't pay the rent, it could come back to bite them in the future in the same that a mortgage payer knows! Seems like a win win to me.

Reply to the comment left by Terry Pearce at 03/12/2017 - 21:27
It will ultimately cost landlords more as agents will incur costs for this. Nobody will just take the word of an agent/LL -licenses will likely be required and codes of practice/red tape/regulation, which all cost. Then there’s the extension that rents may no longer be directly collectible by the LL/agent and could end up going through a ‘scheme’ first before being forwarded on (minus a processing charge) and clawbacks/refusals to forward for, say, not completing repairs could very well be right behind that…

Reply to the comment left by Terry Pearce at 03/12/2017 - 21:27
Personally, I feel that landlords should be using a good agent to find tenants for you. They take all the responsibility, take all the training costs and give you advise, all for a resonable fee.

Are you a letting agent by any chance?
Letting agents have their place but landlords with the time, knowledge and inclination do a far better job self managing.

Hi Monty
No, I'm not an agent and I do self manage my properties. I use an agent to find tenants for me and I feel it is money well spent.

I do believe that good tenants should rightly get recognition by credit monitoring companies for earning and paying rent on time. However, it's the how this will be achieved that I feel has not been thought through.

This is something that will really benefit all the decent tenants who pay their rent every month. Providing they pay by direct debit or standing order, why wouldn't their own bank statements be sufficient evidence? Perhaps along with a letter from the landlord confirming the rent has been paid