Renamed – The Department for Levelling Up, Housing and Communities

Where is the mention of Housing and the Housing Market as a priority?

The Ministry of Housing, Communities and Local Government has now been catchily renamed the Department for Levelling Up, Housing and Communities as the Government with former Bank of England Chief Economist, Andy Haldane, appointed as the new Head of the Levelling Up Taskforce.

The Secretary of State will have responsibility for United Kingdom governance and elections. He will therefore also take on the additional title of Minister for Intergovernmental Relations, working closely with the Territorial Offices and leading coordination with the devolved administrations on the Prime Minister’s behalf.

Andy Haldane will join as a permanent secretary in the Cabinet Office on secondment from the Royal Society of Arts, Manufactures and Commerce (RSA) for 6 months. He will head up the Levelling Up Taskforce that will report jointly to the Prime Minister and the Secretary of State for Levelling Up, Housing and Communities.

The Prime Minister, Boris Johnson MP, said: “This government is committed to uniting and levelling up every part of the UK and I am determined that as we build back better from the pandemic we are geared up with the teams and expertise to deliver on that promise.

“Andy is uniquely qualified to lead our efforts to raise living standards, spread opportunity, improve our public services and restore people’s sense of pride in their communities. I look forward to working with him, and with my new ministerial team, to deliver the opportunities this country needs.”

The Secretary of State for Levelling Up, Michael Gove MP, said: “I’m thrilled that the PM has asked me to lead the Levelling Up agenda, the defining mission of this government.

“With a superb team of ministers and officials in a new department, our relentless focus will be on delivering for those overlooked families and undervalued communities across the United Kingdom.

“We have a unique opportunity to make a real difference to people’s lives.”

Commenting on Andy’s appointment, the Cabinet Secretary, Simon Case, said: “I would like to congratulate Andy on his appointment. Andy brings with him a wealth of experience and insight from his distinguished career at the Bank of England and in academia. I am very grateful that he has agreed to join us to lead this ambitious programme of work and look forward to working with him over the next six months.”

Andy Haldane said: “Levelling up the UK is one of the signature challenges of our time. It has also been a personal passion throughout my professional career. So, I am delighted and honoured to be making a contribution to this crucial objective by heading the new Levelling Up Taskforce. I look forward to working with colleagues across government, local and national, and with the private and voluntary sectors, to design and deliver an economy that works for every part of the UK.”

Department for Levelling Up, Housing and Communities Permanent Secretary Jeremy Pocklington said: “This department is leading the way in championing levelling up, and our recently unveiled second headquarters in the city of Wolverhampton reflects our commitment to driving growth across the UK. I’m incredibly excited that we are at the forefront of such important work.”

Tim Eyles, Chair of the RSA, said: “The RSA has a long history of working with government to help resolve the challenges of our time. Levelling up is crucial if we are to unlock untapped potential across the whole of the UK, and is at the heart of the RSA’s programmes of work. We are therefore extremely pleased and honoured that Andy has been asked to lead this taskforce.” 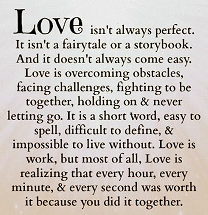 Another department set up for jobs for mates, clueless politicians interested in announcing big changes with an eye for vote wining.
Bond to fail with wasted millions in process.

The Tory government have had a taste during the pandemic of how easily it is to shaft Landlords and provide free - discounted housing for those Labour voters in their Levelling up target.

I'm not suggesting they will go so far as to legislate that Landlords cannot charge rent, ! ( although there are some calls for Rent control ) but if you consider all the other measures - regulatory requirements in terms of not being able to RECOVER lost rent in Possession, it amounts to the same thing by a different, more subtle mechanism.

Every time landlords are kicked, the tenant is kicked

"The Ministry of Housing, Communities and Local Government has now been catchily renamed the Department for Levelling Up, Housing and Communities"

Brings to mind the Ministry of Silly Walks.

I wonder how much it will cost to change websites, stationery etc. to do this.

I'd rename it the Department of Regressive Procedures and No Hope

The words "levelling up" scream SOCIALISM to me!

On the news on Monday 20th September the minister said that levelling up didn't mean that London and the South East (which he described as the productive parts of the country - Freudian slip there?!) shouldn't keep on growing.
The trouble is that the gap between the rich and the poor probably won't narrow if the successful keep on prospering and nobody should want to stop them prospering.
People in the "Red Wall" made a start by shaking off the shackles of decades of socialist governance at the 2019 election. It will take a continued change of mindset, encouragement to be self-reliant, entrepreneurship and progress over time for them to get richer.

Reply to the comment left by Mark Alexander at 21/09/2021 - 09:00
Read ' Levelling-up ' in terms of housing as further shafting landlords to provide discounted renting and delayed possession from defaulting tenants. ! Reply to the comment left by Chris @ Possession Friend at 20/09/2021 - 11:43
Do you actually know what levelling up means as I haven't got a clue. Apparently it was mentioned in the Queen's speech - poor dear, I don't suppose she has a clue either!