A letting agent who rented out a damp, dangerous and dilapidated property received a hefty fine following a successful council prosecution.

Key Property (UK) Ltd of 47 Bell Road, Hounslow, who trade under the name Key Solutions and Key Lettings, were fined £42,500, on top of costs and compensation worth £5,040, at Feltham Magistrates Court after being found guilty of 15 housing offences.

The offences related to a property on Cromwell Street, Hounslow, which the council investigated following complaints from tenants in July last year.

Officers inspecting the property found seven tenants living at the property, in five separate bedrooms, which included the front and rear living rooms.

A boiler that had been turned off by the manufacturer due to its unsafe installation had been switched back on.

“The fact the fine for failing to have an HMO license is one of the largest in the country shows the seriousness of the offences.

“I’m pleased magistrates have thrown the book at this criminal letting agent, as the conditions the tenants were living in – no fire alarms, dangerous gas and electrics, and some of the worst damp and mould our officers have ever seen – were, frankly, appalling.

“They took more than £24,000 in rent from these tenants and left them to live in squalor.

“They tried to avoid their legal responsibilities, but thanks to the hard work of our housing team, we were able to successfully prosecute them.”

The offences, fines and costs awarded were:

The director of Key Property (UK) Ltd is Mrs Adibah Uddin, and the company secretary is Mr Iftikhar Uddin

it is essential to differentiate between condensation and other causes of damp. condensation is not a landlords responsibility.

Excuse me while I vent for a moment.
so little going to the tenants and so much going to other recipients, shows who the administrative (council) and legal system view as most important.
ie not the people (LL, tenants) actually dealing with the situation on the ground.
As with other areas of life, I suspect that rule enforcers care more about following procedures for their particular job than remedy for sufferers.

Presumably you are referring to the compensation paid to the to tenants in relation to the fines?

It wouldn't surprise me if that's all the tenants claimed. It's not unusual for tenants to make such a small claim as they don't have a clue how much to claim and rarely know where to turn to for advice. I suspect if they had claimed a lot more they'd probably have got in in these circumstances.

A shame these idiots make the life of us landlords even more difficult. BUT this is about councils stealing money for small beer issues! Criminals, for goodness sake, a dodgy landlord isn't a criminal and why didn't these saintly housing officers order the rectification of these issues, they are hardly difficult to rectify. I think they all including his honour are in on the collection of money from landlords at any cost act, and STUFF THE TENNANTS £600 WHAT! More council directed hate and greed against landlords. A drug dealer wouldn't get a fine like that! WHY ON EARTH should someone get fined £47kk because of that??? We are being stuffed daily and the pathetic bodies that purport to speak for us are content to hob nob it and not make the elephant! PATHETIC!

You may be surprised to hear Jamie that I completely disagree with you on this one.

Yes the Judge has made an example of this letting agency and so he should. The property was absolutely disgusting by all accounts.

So far as who gets the money, well you may also be surprised to hear that Houslow Council will not get a penny of it. The fines go the the treasury, legal fees to lawyers and the tiny amount of compensation claimed by the tenants goes to the tenants.

That's one of the major problems with the system. If the fines went back into the Council coffers they would have more money to take action against the charlatans who wreck the reputations of the PRS. Instead, the Councils are effectively forced to invent licensing schemes which, as we know, are always funded by good landlords and ignored by the charlatans, just as the fees for HMO licensing were in this particular instance. Key Lettings got exactly what they deserve in my opinion.
.

There is no mention of notice being given to rectify the problem and no mention of failure to rectify so I wonder whether the agent was treated reasonably and was given time to rectify and compensate. If not this is bullying of the industry. We have weak representation and this results in Landlords being vilified in the press and all Landlords being tarred with the same brush. Anyone who thinks this heavy fine without an opportunity to rectify what was wrong, has lost all sense of perspective and contributes to the landlords life as a target and underdog.

We may have to agree to disagree on this Mark.

However, I suggest you re-read the article.

It is about a letting agent who got fined.

In my opinion the letting agent should have known better than to let a property without an HMO licence to seven people, especially one in such as state as the one in question.

There is no mention of the landlord in the article.

In my opinion the landlord should also be taken to Court and ordered to pay the HMO licensing fees, backdated of course, plus interest and a fine for not having obtained a licence in the first place. The property should be closed down by an EHO until it is in a fit state to be re-let. The landlord may claim that he didn't know about HMO licensing or the state of the property but ignorance of the law is no defence.
.

I agree with you Mark, no letting agent in his right mind would agree to full management of a 7 bed HMO with no license and in that state.
.

So where was the landlord in all of this?

Secondly, whilst I dont endorse letting a property in such an appalling state of repair, presumably the tenants signed up to living there? Perhaps at a lower rent than OMV?

Mark. Which article? The one at the top of this page doesn't change the facts as we know them!!
No one condones a poor and or dangerous property. As Freda mentions, there are two people in a deal, so someone wanted the rooms in that condition, regardless of whether we think its appropriate or not. Astonishingly the landlord isn't mentioned, this is a first as in my experience. An agent can miss lodge the deposit and the landlord gets it in the neck and the pocket, so whats gone on here? Can anyone smell fish?
Its disproportionate and someone who is purported to root for landlords should have perspective. Blind obedience leads loss of identity, perhaps thats too late! 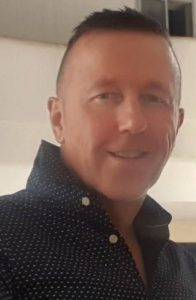 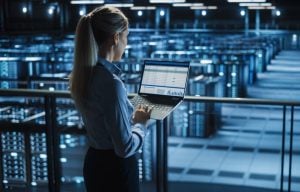 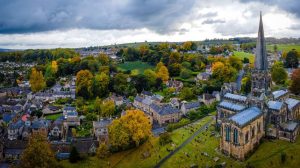 Property investment in a former capital of culture