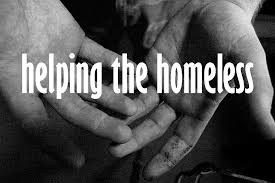 I occasionally work in conjunction with a Homeless agency and provide accommodation to people from that source, sometimes things do go awry with tenants and one has to accept that possibility, (whether it be ex drug users returning to their habit or whatever), however I have a scenario at present that is a new one for me and wonder if any contributor/s to Property 118 might be able to clarify some aspects of the legalities associated with Implied Surrender notices for me.

I have a tenant – an ex heroin addict who was originally on Methadone but is believed to have drifted to also using cannabis and maybe other drugs – who has been in a property for over 2 years. Unfortunately the tenant has, in recent times, taken to hoarding rubbish – that many of us would put out for the bin men – inside the property. It is strewn all over the floors etc of the property and has undoubted environmental health concerns.

This present scenario only came to light following a small fire outside the rear door to the property to which both the fire and police were in attendance – their being alerted by a neighbour. I spoke with one Police officer who attended the fire and it was he who alerted me to the current state of the property.

It has to be said that this particular Tenant had never been the most communicative of people but did usually respond to texts, however with concerns about the fire and input from the police in mind, I – along with the manager of the homeless agency – saw the tenant, who “played dumb” with regard to who possibly started the fire however with regard to the rubbish etc it was agreed that he would clear this and I gave him 1 week to remove the mess – the tenant agreed that the rubbish would be cleared within that timescale. Black bags were provided and also, arrangements were put in place for subsequent removal of the rubbish bags once they had been filled and placed in the garden area.

Unfortunately nothing happened and, my attempts to contact him following that were unsuccessful – as a precautionary measure – I issued a Section 21 notice (delivery witnessed by “others”).

Subsequently, despite my attempts – and attempts by the homeless agency – to make contact with the tenant, by text, letters and personally (texts and letters stating that he needed to contact myself or the homeless agency or discuss further with the CAB if he wished to discuss his tenancy and the possibility of his retaining same) were equally fruitless.

The 2 month notice period associated with the Section 21 notice has now expired and, because of
1. His failure to respond to either myself or “others” if he wished to discuss and possibly save his tenancy, or
2. The input I have had from neighbours that they have not seen him for a little while,

I decided to deliver an “Implied Surrender notice” to the property which includes the following statement;
“Your conduct is inconsistent with an intention to continue with the tenancy and further leads one to accept that there is an implied surrender of your tenancy. Should this not be the case, I suggest that you ensure that I am made aware of that fact”. I also restated the various contact options as well as providing a deadline date for any response.

My query is, given that I believe that I have clearly demonstrated that I have made every possible effort to try to discuss and resolve the situation with the tenant, all to no avail, will I be within my rights – and within the law – if I act on the “implied surrender notice” effectively negating the need to take eviction action via the County Court which is now quite an expensive process.

Note; The tenant is on housing benefit which is being paid at the present time.

I'm afraid the answer requires someone well versed in residential property law but all I would say is that in 15 years I have never heard of someone undertaking what you have suggested.

I wish you luck though.

Implied surrender is about the Actions of the Tenant.

I don't think demonstrating you have made every attempt to contact proves what the Actions of the tenant are.

EG have they moved all their belongings and left the keys behind?

If you do find you have to use the Court route it will protect you from any wrong doing.

Also, always ask for leave to transfer to an HCEO at the outset of the possession order as getting it after can prove difficult.

CCBs only charge £110 and whilst HCEOs may charge from £395 upwards they can get you your property in days.

I don't think this "implied surrender notice" and any legal value.

One key fact that was mentioned is whether the rent is being paid. If it is I think that there is no question that he does not intend to surrender the tenancy (I am assuming that he is in fact your tenant).

In any case, your best option is probably to start court proceedings based on the s.21 notice now and to get a possession order.

Many thanks for your inputs, it is greatly appreciated.
In response to Neil's question in relation to whether he has any belongings in the property or left keys behind the answer is, I don't know, because I do not wish to enter the property without his agreement and, obviously that is not forthcoming at present regardless of whether he is still living there or not - something of an anomaly one may say. (My understanding being that, although I have made him aware previously of my impending visits - greater than 24 hours - there is no response when I arrive and therefore, if I were to enter I would be acting outside the law), I may be wrong on this point though.
I will undoubtedly as suggested - to ensure there can be no legal ramifications - go through the formal eviction process to have him removed.
Once again thanks for the responses 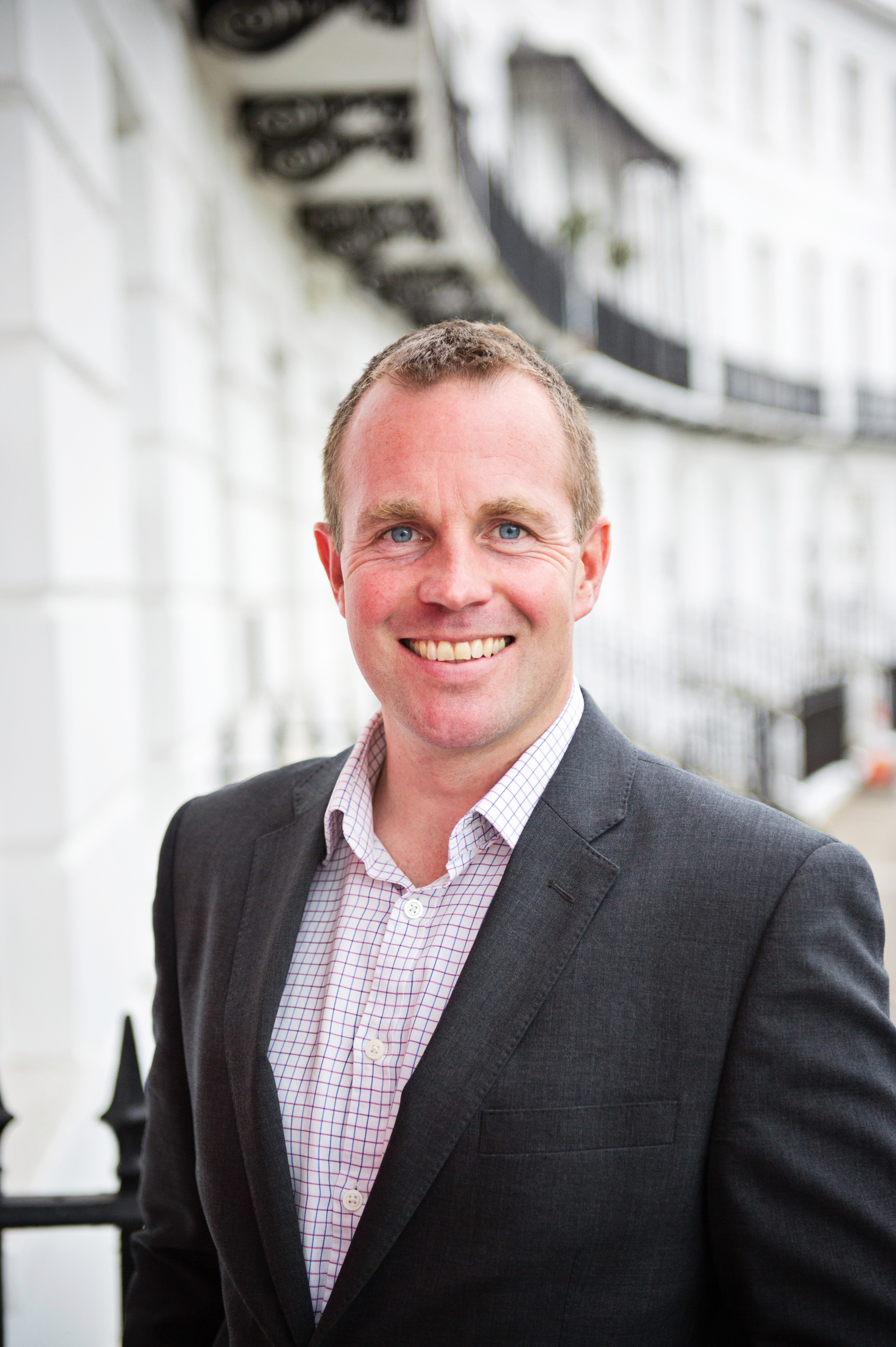 Unless he has vacated the property (fully), you will need to obtain a court order I am afraid. Failing to respond to your invitations to contact you and ignoring your 'surrender notice' will not be regarded as conduct that is consistent with a surrender. As ever with residential property, the law tends to protect the tenant/occupier so it pays to proceed with caution.
Good luck.

Implied surrender is where the conduct of the tenant is inconsistent with an intention to continue with the tenancy - and is generally in situations where the tenant has abandoned the property.

I have several posts on this on my Landlord Law Blog about this, for example this one http://www.landlordlawblog.co.uk/2010/08/11/landlord-and-tenant-law-implied-surrender-explained/

See also here if you need to evict http://www.landlordlaw.co.uk/info/eviction/

Many thanks Tessa for the information, as mentioned previously I have set my mind on the only way forward in this case is to go through the formal legal process for eviction. However, one aspect comes to mind when reading your "A is for abandonment" article is that, in order to ascertain whether the keys have been left - assuming no contact has been received from the tenant - and all the tenants items have been removed a Landlord would need to enter the property.
With this in mind and assuming the Landlord has provided 24 hours notice - whether by letter delivered by hand to the property and/or via text etc - if the Landlord subsequently entered the property, without the tenant in attendance, would or could this be deemed to be an illegal act if ever pursued through the courts. If so, is there any means of entering the property without such a possibility in such circumstances.

If you have the keys then you will be reasonably safe provided you take precautions and have an independent witness with you. Knock on the door first and do all you can to ensure that the tenants have left. If after you enter it is clear that they are still living there, then just leave immediately.

If you had reasonable grounds for assuming that the tenant had vacated then I don't think the tenant will get very far with, say, a court claim for trespass / harassment particularly if they are in arrears of rent (and why would you enter if they weren't?).

If you don't have keys then there may be no option other than court proceedings. Unless maybe an inspection through the windows shows that the tenants have vacated. You have to deal with each situation as it comes.

However, the ONLY 100% safe way to get possession is via the courts.

If the landlord enters the property using his right of doing so, i.e. as you said giving required notice of inspection then entering with his key, he is doing nothing either illegal or unlawful.

New BTL Classic Range from Keystone up to 80% LTV