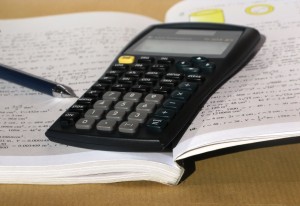 The Mortgage Works (TMW) has cut interest rates across some buy to let mortgages and launched a new fixed rate deal.

Rates are down by 0.5% on mortgages for first landlords, let to buy borrowers and those offering free valuations and legal fees.

Tracie Pearce, TMW’s head of product management and pricing, said: “It is widely expected that base rates will start to rise again later this year. Our new five-year fixed rate product may appeal to those customers looking to manage the effects of rising rates on their monthly mortgage repayments.”

Valuation and legal fees are free, subject to conditions, and the arrangement fee is £999 with a £99 booking fee.

Precise Mortgages is to offer short-term bridging loans – although a launch date remains to be confirmed.

Managing director Alan Cleary said: “We have researched the market and believe we have the funding and expertise to make a significant impact.”

Meanwhile, Nationwide Building Society, which lends under the TMW brand to buy to let landlords, has released preliminary trading figures for the 12 months ending April 4.

Buy to let lending was £3 billion – up from £1.7 billion in the previous year.

Part of the rise can be attributed to Lloyds TSB withdrawing from buy to let in September 2010, leaving TMW as the largest lender in the sector.

Around 2.47% of specialist mortgages are three months or more in mortgage arrears. The nationwide says buy to let makes up about 72% of this total. The industry average is 3.31%.

Hi, what enticed you to post an article. This article was extremely interesting, especially since I was searching for thoughts on this subject .Many thanks for this entry and for your website on the whole. I’ve just liked it.It’s always a pleasant surprise whenever a post is both beneficial and enjoyable! Thank you

Thanks for commenting. We post a lot of information of lenders and the property market. This post linked below may also be of interest to you as a mortgage advisor.
http://www.property118.com/index.php/looking-for-businesses-offering-services-to-landlords-to-test-our-directory-please-rt-more-details

Thanks for sharing your knowledge.

Is a picture really worth a thousand words in property inventories?