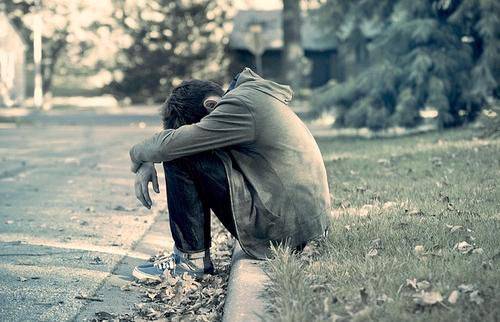 Barry’s story – it could have been you!

Barry’s story was written by the Mark Alexander back in December 2010. It has since been updated and re-published several times. The dates, times and people are fictional but the story is based on real life events.

It’s a modern update of the classic “A Widow’s story”, this time written as a cautionary tale for landlords and their families.

Barry is 53 years old and married to Sharon. They have three teenage children; twin girls aged 15 and a 13 year old son. Barry worked as a self employed salesman in the plant hire business. Sharon had a part time secretarial job in a local school.

Barry and Sharon purchased their first investment property in 1996.

As property values have risen they have continuously remortgaged and used a proportion of the equity released as deposits to purchase additional rental properties. They also saved a proportion of the equity released for a rainy day. To accelerate the growth of their portfolio Barry and Sharon raised extra cash for deposits by remortgaging their home. The profits from Barry’s plant hire business covered the family’s commitments comfortably.

They had accumulated a portfolio of 23 properties with a combined valuation of £1,650,000, against which they had mortgages of £1,400,000.  The portfolio produces rental income of £87,000 per annum. Their rainy day fund amounted to just over £64,000. By having all of the above in place you might be forgiven for thinking that they had set themselves up with a very safe future.

On Sunday 21st December Barry had a bad day. He was on the way home that evening having just been out to fix a tenants leaking shower tray when the traffic on the M6 came to a grinding halt. Barry managed to stop his car, avoiding the lorry in front of him, but the car behind him ploughed into the back of him, wedging his car under the back of the lorry.

The emergency services managed to free Barry from the wreck and his only damage was shock, whiplash and major bruising to his legs. However, two days later Barry collapsed whilst out shopping for last minute Christmas presents. He was rushed to hospital where it was discovered that a blood clot in Barry’s leg had passed to his brain. Barry had suffered a major stroke.

He lost his speech and most of the use of one side of his body. The family were in tatters. Sharon had to give up work to care for him.

They considered putting the properties on the market but soon realised that after deducting selling costs and CGT there wouldn’t be much money left over. They would also lose their income and they would be leaving their tenants in a difficult predicament too. Sharon has had to employ a lettings agent to manage the portfolio. Since then it has cost the family an average circa £3,000 a month to pay for ongoing maintenance and management.

Fortunately there has been some good news, at least financially. First, low interest rates have meant that Barry and Sharon’s mortgages have got much cheaper than when they started their property rental business. Many of their mortgages have reverted to tracker products due to their fixed rates coming to an end. They are focussing on Barry’s recovery. What will happen when interest rates go back up again though? How will the restrictions on finance cost relief for individual landlords affect them?

The real saviour for the family has been insurance. Fortunately, Barry and Sharon were astute enough to insure against these eventualities. They took out life assurance policies that pay out a regular monthly income right up to Barry’s 65th birthday. These policies were written on the basis that they also pay out in the event of a critical illness. The family are therefore confident that these provisions will see them through these troubled times and out the other side. They will then revert to plan A, which was to live off surplus rental income over and above the mortgage payments on their portfolio or to sell the properties and live off their gains.

What insurance provisions have you made for your family?

How are you investing the windfall of increased cashflow that record low interest rates have produced for your family?

Have you made similar provisions to Barry and Sharon?  If you haven’t it may not be too late, we want to help.  If you have already taken advice and put insurances into place we would like to introduce you to one of our recommended advisers to review your policies and ensure they are competitive. Most important of all, to ensure that the right person gets the right money at the right time.

What is the minimum amount of landlords life insurance would you need to buy to enable your loved ones to refinance and maintain cashflow at current levels?

Tenant won't claim his deposit and wants to go to court!