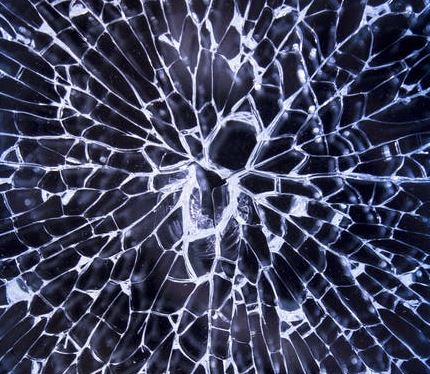 Firstly the facts: I have a one bed, 5th floor BTL flat which is fronted by huge sealed unit double glazed windows. It’s in a former office block which was into flats two years ago 100 yards from a major train station in Bucks.

It has an NHBC (or equivalent) ten year warranty.

It is leasehold and managed by a service company therefore the buildings insurance is managed by them (I have requested a copy of the coverage). I have a contents policy (no accidental damage included).

My tenant has just renewed for a second year. I have an agent managing the property and provides me with an independently produced six monthly inspection report. There has never been a reported incident of damage to the windows (last report was two months ago)

The story: The tenant contacted the managing agent 6 weeks ago to say that internal glass in a sealed unit window had shattered. The agent alerted me and I imagined £45. The agent has got three quotes and the price range so far is £4k – £5k.

The main cost is that the entire window needs to be replaced from the outside and will require scaffolding (top floor) and the traffic on the road outside will need to be diverted (station traffic). The window replacement without this is about £45.

I naively had never thought of the need for insurance cover on tenant damage to buildings – my contents are covered by my contents insurance, buildings issues would get picked up by the buildings insurance and tenants would pick up their own damage.

Sadly (for me!) I’ve hit a grey area. I can just let it be and hope future buyers will knock me down by £45 (no immediate plans to sell either).

The “NHBC” type guarantee has stated that it isn’t their problem, my contents insurance insurer has negated it (reasonably TBH as accidental damage to buildings ‘aint covered), I have asked the managing agent to check whether the tenant has an insurance policy that may cover accidental damage (I’m not holding my breath on that one). I await feedback from the insurer that covers the building, but not holding my breath.

I’m sure that many of you will state categorically that it’s the tenant’s issue, but their deposit falls far short of the cost so I have a potential legal cost that looks a bit high risk at proving based on the above.

Does anybody have a Plan B that I haven’t already considered?

Maybe I was naive by not taking out some form of buildings accidental damage cover insurance or something – I must have missed the memo on that one!

Why can't you take the window out from the inside - that's how they were put in. As I understand it the whole purpose for doing this is that the unit does not fall onto someone s head if maintenance lapses or some freak occurrence.
Or am I missing something ? And you can get a hydraulic platform for a day - a couple of hundred quid . I think you are being lead down an unnecessarily expensive path.

1. Windows can be externally glazed (Fitted from outside) or internally glazed (Fitted from inside).
It's almost always the case that internal glazed is much preferred option.
I can see no reason to externally glaze a flat!
If the largest piece of glass is too big to gain access from inside then redesign the window so that it can be.
There will be exceptions of course.
2. Externally glazed glass can be removed by intruders although this obviously does not apply above ground level.
3. I can think of absolutely no reason to replace a double glazed window with another double glazed window unless the structure is abnormally weak.
In my area of Hampshire, the cost of replacing one glass double pane is a huge percentage of a totally replaced window in triple glazing with 40mm thick (Max sound insulation) UPVC window.
It's a complete no brainer!
4. The last first floor window that I had replaced four years ago was originally double glazed and measured six metres wide by two metres high.
It cost £3,500 when it was fitted.
One of the four large panes had cracked as the result of an accident.

Reply to the comment left by Paul Shears at 22/09/2018 - 21:09
Nice one. This is the type of shared experience that you just can't arbitrarily Google. 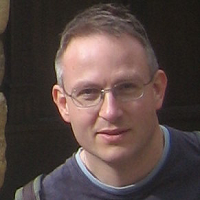 Thanks for the feedback, the hydraulic platform option is interesting and I will question that with the glaziers. Does anybody else have have experience in getting this done?

I should have mentioned at the start that the flat was previously an office block which was converted thanks to a planning permission initiative on unused office space by the government a few years ago (I have three flats in ex-commercial properties in Reading which is a bit scary!).

All three glaziers have pretty much confirmed what the initial one said here...

"The glazing system here is called ‘curtain walling’ & all glass is fitted externally (very common in commercial buildings). Taking into account where the property is located & being that the flat is on the 5th floor, the only viable way of accessing this window will be via a (street licenced) scaffold."

Does anybody here maybe have a trusted glazier that could come over to take a look it?

Also, I suspect Paul Shears found this most interesting because it suggests a grey area around our insurance arrangements. I have a flat in Spain where buildings insurance is covered by the annual service charge. The company I insure the contents with made much play of the fact that if a window got broken, bathroom tiles were damaged or a storm damaged balcony fixtures such as lights or ceiling neither insurances would cover it. I took out the extended cover always wondering whether I had been ripped off but this eventuality has made me realised the limitations on the cover I have.
Admittedly I probably just need help here as we'll get it sorted like normal with some common sense!

Thanks everybody again and looking forward to more feedback.

Its an insurance job surely, unless the windows are demised to the apartments, unusual but not un-heard of.

Firstly In older office buildings it was usual to glass form the outside. I've struck it before as a commercial property surveyor.
Secondly double glazed units often fail - the seals go and they fog up. The vendor might say they just need cleaning but no it's fog between the glass. In fact I have had units with water a third way up the glass!! So expect the seals to fail sometime.
Yes there is a problem with glass suddenly shattering. Look at what happened at Waterloo station!!
If you go to a big commercial glazing company they might be able to just scaffold down The units are usually to heavy for any window cleaning cradle if there is one..
yes it a building insurance claim - that will probably result in a rise in the excess!!
The building insurance should exclude subrogation rights - except for negligence 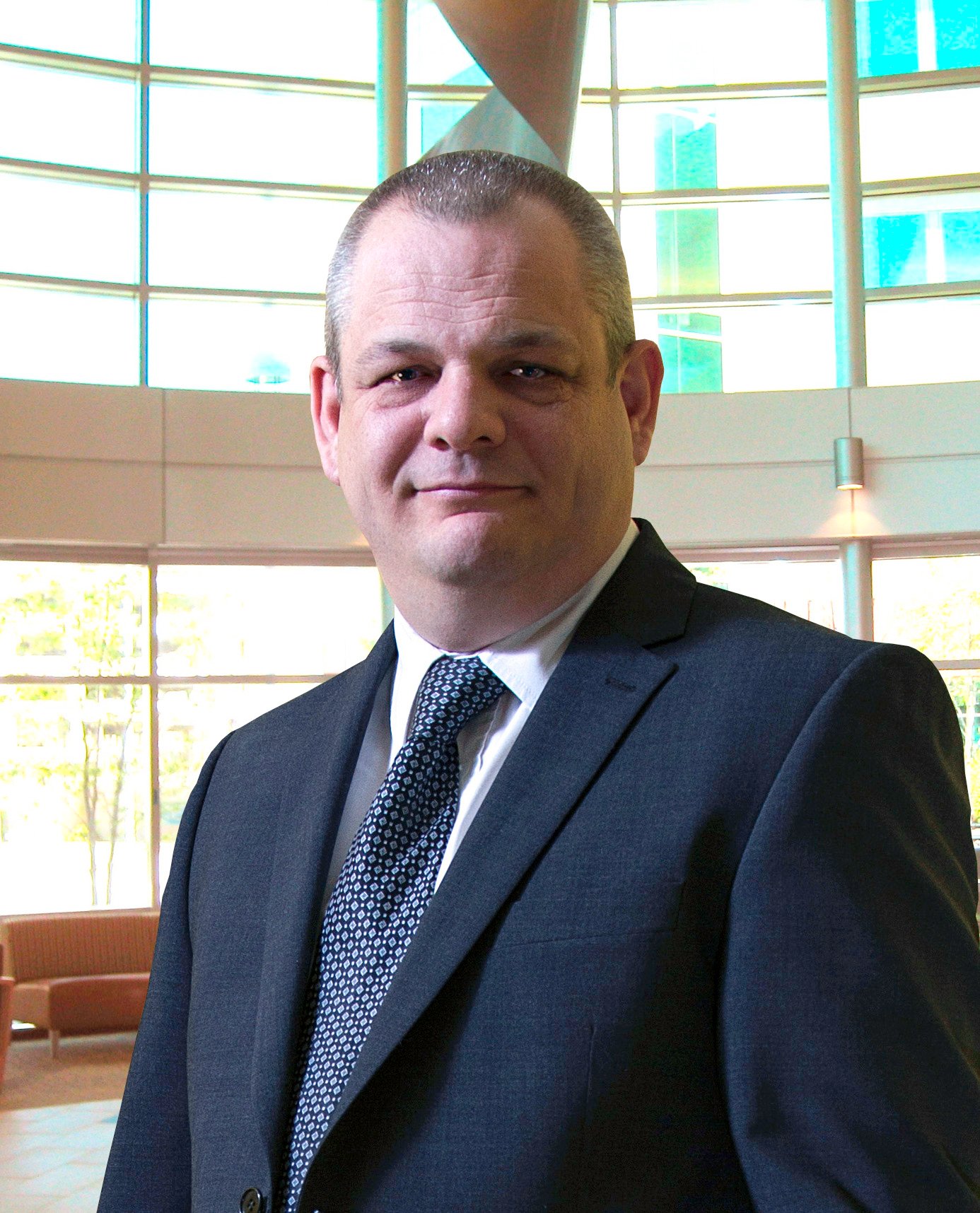 Have you thought of looking for a rope access crew. They tend to do these sort of jobs where access is limited and they also can have experience in jobs such as window installs etc.

They would come down from above which means no scaffolding and I would imaging they just rope off below. This should mean lower cost, not sure it would be cheaper but got to be worth a look.

Clear out all debris and fit 'secondary' glazing from inside. I know it can be a 'pane'!!

As it is the window, you need to speak with the management company and get a copy of the buildings insurance.

You cannot purchase this or similar yourself as you are not the freeholder, so you depend on the policy they have put in place for you. It is the freeholder's responsibility to protect the buildings.

Once you have that, notify a claim as per the instructions on the policy and let the insurer's take care of it. They will probably look to send round a loss adjustor to inspect the damage and facilitate any repairs that are needed providing cover is in place for the peril.

It should be that simple really.

I forgot to add. Good luck with your insurance claim as you'll need it! I only take out the bare minimum ins' as required by law as it's generally not worth the paper it's written on. Pages and pages of terms and conditions, they should have just one simple term - "Thou shall not Payout" and save the paper!

In it for the Long Run?