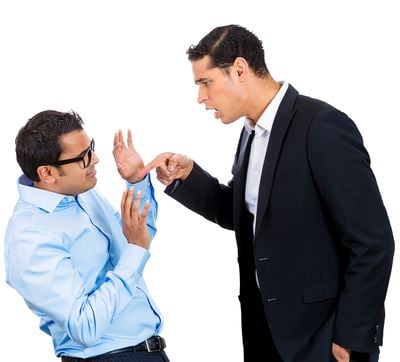 I made a post a few months ago here: https://www.property118.com/im-being-threatened-by-a-tenants-solicitor/94613/

So after all these months I have an update on this. The tenants solicitor got a surveyor, who confirmed minimal works needed to be done. He confirmed the mould in the brand new kitchen was caused by condensation, not damp. We agreed to the scott schedule he provided, which was for works estimated at around £1400.

Two small areas of damp downstairs, a joist which had rotted to be replaced (it was actually wordworm, not damp in the joist) and to reseal the timber frames externally. We agreed to this as they were very straight forward to do.

The solicitor has now come back with a ‘Part 36’ settlement offer of £4000 + £150 for a cupboard that was apparently damaged and had to be thrown away (there is no evidence this cupboard ever existed). Obviously I totally disagree with this ridiculous sum.

Does anyone have any experience of replying to Part 36 offers?

The solicitor is now reminding me I have 21 days to respond or court proceedings will be issued. I completely dispute the whole claim, and honestly believe the Housing Disrepair Protocol doesn’t apply, as I have responded to all reports of damaged well within what any court would class as a ‘reasonable’ time frame.

This whole matter arose because of the mould in the kitchen, which their own surveyor proved was condensation, the other matters were never reported until these solicitors got involved, but I repaired as I would of anyway. Have I shot myself in the foot by accepting their ‘Scott Schedule’? Their Scott Schedule was actually a lot less work than my own schedule suggested, but the works I suggested were not required under Section 11 so I guess were not included.

I was going send a very short reply, and save the pages and pages of evidence/explanations for a court defence:

“As you are fully aware from the evidence supplied, the time frame from which I responded to your client’s initial report of issues with the property and my attempts to arrange inspection and subsequent repairs were well within what any court would consider as ‘reasonable’. Additionally, since the first report I have made numerous well documented attempts to carry our repairs, all of which have been obstructed by both yourselves and your clients for over 6 months. This has undoubtedly caused further damage to my property.

Therefore, your Part 36 offer is refused in its entirety. I would welcome the opportunity to present the facts in court, where I will be counter-claiming against your client for all associated costs. I would remind you and your client that courts take a very dim view of spurious ‘no-win, no-fee’ claims.”

I put a new kitchen in at a cost of over £5k last year, would it be appropriate to say I will be making a claim towards the cost of this, as the surveyors report confirmed the mould was caused by condensation, and so the replacement of the kitchen was necessary because of tenant actions? Or should this be saved for another day?

Thanks in advance for any advice anyone can give

I suggest your short reply is made even shorter: don't bother with explanations and justifications, just put the ball back in their court and and simply ask them to justify/ itemise their claim in light of their client's surveyor's report and your subsequent repair works at the property. You could also ask them to provide evidence of the mystery cupboard.

You may wish to make the correspondence 'without prejuduce save as to costs'.

Excellent response Freda especially the 'without prejudice' part. Keep our response to one or two sentences, also remember that it is their claim and they have to prove their case. Since the condensation was the tenant's fault on what grounds could they possibly make a financial claim against you?
As to no win no fee lawyers I would put them all on an otherwise uninhabited island with a virtual courthouse and let them sue each other.

Thanks for your replies. The condensation in the kitchen was only 1 part of the claim, there were 2 small areas of damp which were repaired (they were never reported to me before all this started with solicitors/surveyors, so I could never have repaired them if I didn't know), and a joist which needed replacing (the surveyor put it down to damp, but on inspection it turned out to be woodworm). I have re-wrote the response based on your advice:

Without prejudice save as to costs:

Your Part 36 Offer is refused in its entirety.

I would request that you both justify and itemise your claim in light of the surveyors report and subsequent repair works at the property. In respect to the 'cupboard' that is separately being claimed for, I would request evidence of this items existence, the damage sustained and evidence of how my property is responsible for this damage.

What is the significance / meaning of "without prejudice save as to costs"?

The 'Without Prejudice' part means that the communication cannot subsequently be used in court proceedings.

Yes, David is correct.
It is often used where you are in negotiations with another party and you can make offers and counter offers and you will not be bound by them until negotiations are concluded and agreed - they cannot be disclosed in court proceedings. If not endorsed WP the correpondence is 'open' and can be shown to the judge and this could, literally, prejudice your negotiating position. You may wish to accept or offer a figure during negotiations (just to settle a dispute), but would require a different figure if you are forced all the way to Court.
The 'save as to costs' bit can be a useful tactic to put pressure on the other party to a dispute - such that if they reject a reasonable offer to settle, the fact of the rejection may be used as an argument in support of the offering party’s submissions for a more favourable costs award at trial. In other words, things could have been settled much sooner but your costs have racked up as the other party would not settle. The party receiving the “without prejudice save as to costs” offer knows that the offer may be put before a judge as evidence at a costs hearing following trial, which therefore encourages that party to give serious consideration to reasonable offers to settle.

You may wish to leave out the 'Your Part 36 Offer is refused in its entirety' bit; remember they are much more familiar with the rules and regs than you are, so offer nothing more than you need to at this stage. You are still discussing and fact finding, asking them to prove their case.

How should I respond to the offer? If will ask for justification/itemisation, but it seems like if I don't refuse the offer at this point that I would be willing at some stage to pay some money? Wouldn't it be better to make my position clear at this stage?

What's the latest from the other side ?

What is wrong with this Government?