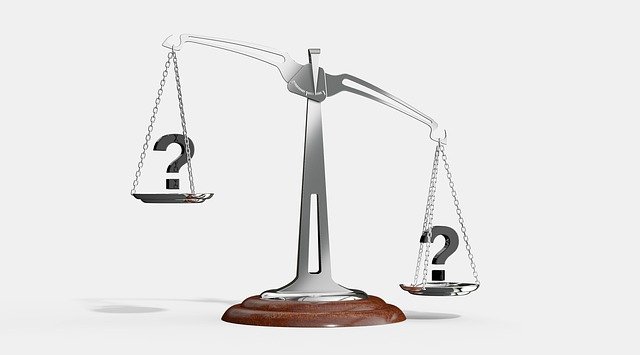 The NRLA has sent an open letter to the Chief Executive of Shelter, Polly Neate CBE, looking to redress the imbalance of the latest Shelter press release:

I write following the publication of Shelter’s research: “Every seven minutes a private renter is served a no-fault eviction notice despite a government promise to scrap them three years ago.”

As you know, there are many issues around homelessness and the private rented sector on which Shelter and the NRLA can agree. However, this publication presented a disappointingly one-sided picture, which has the potential to create needless anxiety for tenants that their landlord is about to evict them for no reason.

In fact, official data shows that it is only in a small minority of cases where tenancies are ended by either a landlord or letting agent. The most recently available English Housing Survey data on the issue, from 2019/20, shows that amongst those private renters whose tenancy ended over the previous year, 91.9% were ended by the tenant themselves rather than by being asked to leave by their landlord or letting agent.

This all demonstrates that, as we hear from our members, far from looking for ways to evict tenants, the vast majority of landlords much prefer to sustain tenancies and keep tenants in their homes.

In addition:
– Measures in the Deregulation Act 2015 protect tenants from eviction when they raise a
complaint about the condition of their home.
– Tenants can also challenge in a tribunal any rent increase they deem to be unfair, which
provides protection against excessive rent increases being used as a way of forcing tenants
out of a property.

The NRLA is not opposing the Government’s decision to end Section 21 and has been at the forefront of discussing and proposing a viable alternative. The private rented sector has increased significantly in the past ten years and is being asked to house people for whom the PRS was never intended. However, as our proposals for a new system make clear4, Section 21 cannot simply be scrapped without the associated reforms needed to ensure that a new system is fair and workable for both tenants and landlords. This has got to include clear and comprehensive grounds whereby landlords can repossess their properties with a legitimate reason – as most landlords do at present.

I know and welcome that Shelter agrees with this, as noted in the comments made to the Public Accounts Committee earlier this year5 by Policy Manager, Ruth Ehrlich, who stated that Shelter, “completely understand and recognise that, with scrapping section 21, there will need to be reforms to section 8.” She went on to note that removing Section 21 would mean, “the grounds for possession will need to be expanded.”

In a post Section 21 environment there will be a need to address situations in which tenants have built disproportionate rent arrears. NRLA also wants to ensure that support is in place to prevent rent arrears in the first place. This must include unfreezing the Local Housing Allowance, making enhancements to the broken Universal Credit system and doing more to boost the supply of all types of housing including those for private rent. However, where tenancies fail there has to be a sensible way for landlords to regain possession of their properties.

Speaking to the Public Accounts Committee Ruth Ehrlich also noted: “We would not want to see any changes to a mandatory rent arrears ground.” We assume from this that Shelter has appropriately distanced itself from suggestions that rent arrears should only be a discretionary ground to repossess a property. This would send a dangerous message that somehow paying rent should
be optional, which would not be acceptable in any other walk of life.

I hope this letter sets out clearly why NRLA has found your publication to be such an unbalanced account of what is happening now, and what needs to happen if Section 21 is to be abolished.

Rather than sensationalising the issue, we would welcome discussion about how you would propose tackling these important matters, particularly the problem of anti-social behaviour perpetrated by tenants. Simply continually calling for the abolition of section 21 without any discussion of the delicate issues associated with its removal, as articulated here, does nothing to advance the debate.

Given the interest in this matter, and in order to provide much needed balance to the report, we will be making this letter publicly available. I look forward to hearing from you.

A sensible letter on the whole but more needs to be done to help landlords. I issued a S21 last July (6months notice as in Wales) as I have to relaim my property. 9 months on the tenant is still there biding his time, conti uing not to pay the rent on top of the £6000 of arrears accrued due to the governments' generous rent 'holiday' whilst I have all the additional costs associated with evicting him and no idea when he will actually have to leave. The LHA is not realistic and more so with the huge rise in rental costs.
This situation has to be avoided.

Reply to the comment left by Darren Peters at 04/05/2022 - 18:42
The NRLA have thrown in the towel. In a recent webinar when Ben Beadle was asked about this, he stated it was a done deal so pointless trying to fight it.
Glad iHowz are still fighting (albeit being undermined by the lack of support from the NRLA).

Reply to the comment left by Gromit at 04/05/2022 - 19:17
another example of the toothless NRLA. Sometimes wonder if they are backed by Shelter themselves.....

Reply to the comment left by Karen Blake at 04/05/2022 - 15:59
Don't evict, start court proceedings for debt recovery instead. Neither tenant nor judge can't deny the debt exists.

Reply to the comment left by Smiffy at 05/05/2022 - 07:26
How does that work? Could the judge decide they can't afford the debt and allow them to pay at £5 per week for 60 years leaving the problem of occupancy unremedied?

Reply to the comment left by Darren Peters at 05/05/2022 - 07:39
if as in Karens case the tenant has made no attempt to pay for 6 months, they will need to explain why not and where the money has gone if they were in receipt of benefits.

If they have an income from employment, you can argue to for an attachment to earnings.

Whatever happens, you need to make it clear that even if you do chase them for £5 a week for the next 60 years, you are not going to let them off, and maybe the threat of a CCJ might just make them cough up, or just disappear.

If they also breach a court payment order, you've got more behind you if/when you do have to evict.

Also I have been to court many times & a judge has never asked "where has all the money gone?"

It would not surprise me if more and more landlords began asking for prior landlord references and phone numbers to vet tenants, (because no landlord wants to be stuck with "that" tenant when you could call up and find out how they have been with other landlords / properties). A landlord unwilling to reply to a request might be interpreted as a sign in itself. My point being that this might make it harder for tenants to find a place to live as landlords become more risk averse because they have no S21 to fall back on. None of this makes any point regards if S21 is good or bad, just that it could lead to landlords being more and more careful in vetting tenants which will leave tenants in a harder position to find a property to live in. Of course some landlords might not tell-all if they want the person out, and some might choose to say nothing for fear of reprisal from the tenant (legal or otherwise). But some surely will. And some landlords will ask to speak to the landlord before the last one to cover off this issue somewhat. And just like in a job interview - if an employer is only willing to confirm work dates - it already speaks volumes that they aren't prepared to say lots of really great things about the person. Thus it will be similar in tenant references...

I'd be interested to hear any comments on this - whether agreeing or not. Thanks