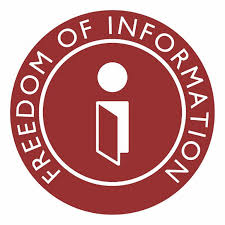 I have finally had a response to my FOI request. I asked the city council to breakdown the seriousness of each of the 4500 “complaints” they have received about PRS over a 4+ year period. This is their main justification for imposing the £600 fee on every PRS property in the city (not HA or AMLO property of course!) – £25 million from private landlords to deal with the “problem”

They say that they do not have this basic data and that it would not be cost effective to extract it from the 4500+ complaints to meet my request. Just as you would expect!

Councils across the country continue to use the “not cost effective” argument to avoid providing information and data they should have to hand with 42 officers based in the housing compliance section.

If they have not interrogated the 4500+ complaints they purport to have received to determine what action was necessary (enforcement / dismissal etc) then they have no justification to create a licensing scheme to address a perceived and not actual problem.

Bear in mind as well that the city council’s own social housing complaint level is significantly above the pro rata 4500 figures being used by them to penalise private landlords.

The key bit of the response is below:

In relation to your specific queries, the Authority’s response is as follows:-

You are currently going through a consultation on a proposed licencing scheme for private rented houses in the city. In order to respond fully to this consultation I need the following information.

In accordance with section 1 (1) of the Act, the Authority has a duty to confirm whether it holds the information of the description specified in the request, and if that is the case, to have the information communicated to the requester.

It has been estimated this interrogation would exceed the appropriate limit.

So we ask a diffent question.
How many HHSRS inspections were carried out, and
What were the results.

Mick,
Have you seen article in March Property Investor News, Research by BRE estimates that 21% of Nottingham's PRS are 'likely to have Cat 1 hazards' ( not sure what 'likely' means from their research - worth looking into. ?

In 2016, a fifth of dwellings failed to meet the Decent Homes Standard

Reply to the comment left by Monty Bodkin at 29/04/2018 - 09:29
Yes Mont, but we need to dig into this a little more. For example Corgi HomePlan research published in February say 1 in 3 can't afford to fix 'dangerous' home faults. 57% of Brits admit there are things in their home that need repairing and they can't afford to fix. Survey of 2000 - 30% couldn't afford to and 32% didn't know how to. 49% said they would take action, if and when the problem gets worse. BRE do the research for the EHS and that is based on a sample. We could go into this in detail, and perhaps someone should. But I'm sure we can find defects in homes, - its just singling those out as Private rented and focusing in on them is misleading - But since when did the Govt or likes of other Tenant groups worry about that ! There is also on record the genuine fear that Sec 24 squeezes on landlords will have the practical effect of making less funds available for repairs and those will have to be channeled - prioritised ( where possible ) to the more serious defects. Otherwise and cosmetically, the general standard in PRS is, as a financial consequence, likely to decrease. [ maybe not in your properties, but in some for sure - its called 'o' Level economics - not that Government understand ]

I won my FOI request appeal on similar to what u r asking, if anyone wants it, contact me mick.roberts2011@hotmail.co.uk.
The results are shocking. Quite a few roads WITH NO complaints or ASBO's at all, yet they've licensed these roads.
I'm going Ombudsman with this info-Took me 4 months to get it.
If any of u please know better different complaint route, please do it.

Can you Landlords please sign this & forward to all your contacts.
A small hope, we have to try anything & everything.

I'm sure we not get 10k signatures, but the more Licensing & Govt start to see these things, who knows.

Limited Company BTL Mortgages - What to watch out for?

Four Election Issues On Which Landlords Should Be Lobbying Their MP's