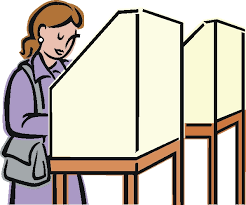 We are in a different game now to some extent than previously.

Firstly POLITICAL PRESSURE in terms of approaches to both MPs and media. We should say more directly that landlords will not vote conservative unless Clause 24 is fully repealed. We should also support this by stating very specifically and simply:

“WE ARE BEING TAXED ON A COST” in fact not only a misuse of income tax law and procedure, but also that the government is deliberately using it to drive us out of the market and business by this inappropriate means.

CONSEQUENCES – This will lead to less availability of rental homes..and rising rents and this is absolutely in direct and obvious contravention of all previous income tax law and accounting. It also is the exact opposite to the claim the conservatives have always made to support small businesses and (manifesto ) pledges not to raise income tax.

Its effect on the hundreds of thousands of landlords and tenants will be way above the conservatives recently planned and withdrawn concept of increased tax upon self employed, which they as a party recently backed away from (national ins. ) appreciating at the last moment that it constituted a broken pledge and threatened to alienate Tory supporters.

We should add that real estate and all its associated trades,companies, professions ,services and businesses taken as a whole is THE biggest single employer when all those associated jobs are taken into account. Driving out up to twenty percent of the demand ie. house purchasers in the form of landlords who are supporting all that is a major error in the management of our economy as a whole especially in the Brexit situation.

I think we should focus more on the income tax pledge the conservatives gave and have smashed with the clause. Politically link it to our vote and the turn from traditional Tory policy and in terms of media hammer the message we will not vote for them unless the clause is removed as per Ireland. They’ve broken their pledge and they need to fix it and pronto.

Clause 24 will create more homeless and raise rents on remaining homesand given the structure of the clause it was never a serious tool to raise revenue, but purely populist. In fact as landlords sell up,reduce holdings and form companies it might even effectively lead to not only less private landlords and less homes available and higher remaining rents, but also actually less overall revenue eventually collected from property investment.

We should remind both media and MPs again and again that C 24 is really very, very bizarre. It sets a dangerous and strange precedent using income tax law to levy businesses and investors upon their costs rather than profit. That fact, simply stated, has often been missing in reporting.

WHAT WE WANT: The conservatives must give an undertaking to turn from Clause 24 in a similar way as to which they turned from raising Nat ins. tax upon the self employed, because its just not consistent with a tory outlook, and breaches the manifesto pledge causes more homelessness, damages a massive sector of the economy and achieves nothing positive whilst setting the dangerous and ridiculous precedent of taxing costs rather than profit.

They do have precedent to encourage a prompt reversal of this strange tax from both Ireland ( almost exact mirror ) and in context of tax pledges their reversal on self employed and N.I contributions. We have a platform now to engage media interest and headlines as the election becomes THE story. “Traditional Tory voters demand return to Tory Tax Pledges”. I think we should use it with the links as outlined.

The problem is that all three main parties would continue with the same policy. Labour and Lib Dems could be worse and introduce rent capping. There is also a bigger picture with respect to Brexit. The Conservatives under Teresa May is the best by far to manage this. Difficult not to vote Conservative with no other option!

The point was to get this lot to change the policy ie Cl 24.. Their policy.Not to swap them for a different party.......and to do so by amongst other things ..telling them that we would not vote for them...and that the clause is in conflict with their stated claims around both supporting business and investment and NOT raising income tax.

Incorporation Relief - Do You Qualify?