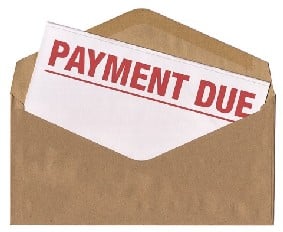 Is it legal to take deductions from overpaid rent?

I am looking for some advice in regards to overpaid rent and if the Landlord has a right to take deductions from this. Some background info which I will list in point form for ease of reading.

– We were tenants on the usual tenancy agreement.

– The rent increased which we were agreeable to, but forgot to adjust the Standing Order to make this up to the new amount.

– Just before the rent increase was to come into effect there were a number of issues with the property such as a leaking roof ( every time it rained water would enter into two of the bedrooms and living space) every time some one had a shower the water would pour into the downstairs loo, hole in a cavity wall etc and various other issues which we reported.

– We spoke to the managing agent who is employed by the LL and said we don’t think it’s reasonable to increase the rent whilst there is all these problems with the property.

– We did chase the agent and was repeatedly told the LL was away / on holiday / get back to us.

– Long story short the agent assumed we were purposely deferring on rent which is something we never said we were and the shortfall of rent built up for four months.

– We then received a letter asking for the shortfall which we responded to straight away asking why they didn’t bring this to our attention sooner? Why they let these monies build up over a period of four months? That it was an oversight on our side and can we put in place a payment plan.

– For each months shortfall there is a fee payable of £35.00 which was why I questioned why they would not have brought this to our attention sooner.

– The agent never responded to any of our question only that they assumed we were deferring on payment.

– We have had every intention of paying the monies and repeatedly asked in person, on the telephone and by email to put a payment plan in place and each time we never received a response.

– We ended our tenancy with the correct notice and are about to enter into the usual dilapidation report of their over charges and us disputing.

My question and real concern is.

– In the mean time we overpaid a months rent. The moment we realised this we brought it to the attention of the MA and was told the LL is on holiday and they would get back to us.
– We have had to chase a couple of times and after 3 weeks they reimbursed us some of the overpayment minus the arrears and their charges without our consent.
– Our view is as we are no longer tenants that this money should have been returned immediately and in full. The advice I have been is the Theft Act 1968 in that the LL has Dishonestly Retained a wrongful credit. Also, they can not keep rent from people who are no longer tenants nor did they secure this money in a DPS ( it has now been nearly 30 days)
– We have repeatedly requested to set up a payment plan and surely they should have entered into this discussion along with the dilapidation report as they hold a substantial deposit.

Any advice would be greatly appreciated as we are in the view that on sending a letter before action to take this to the SCC to get this dispute settled.

I'm confused, you said you withheld 4 months rent, but then said you overpaid them by one months rent.
It is generally up to the tenant to pay the rent on time, whether demanded by the landlord/agent or not, i.e. it is not up to the landlord/agent to have to chase the tenant for payment, it is the tenant's responsibility to ensure that the rent is paid on time.
I've no idea what your terms and conditions are/were or what administrative charges you agreed to when you signed up for the tenancy, but in my personal opinion, if the charges were declared to you and you agreed to them (by signing up for the tenancy) then it is probably reasonable for the landlord or agent to recover those charges from you, whether you are still a tenant or not.
However, I am not a solicitor, so these are just my personal opinions.

Reply to the comment left by Robert Mellors at 08/06/2018 - 11:32
We didn’t withhold any rent. We paid our rent on time by SO but we did forget to adjust the rent paid to include the rent increase.
So there was a deficit of the increased amount.
Which is why I asked to put in place a payment plan.

The facts in this story as stated above do not add up.

Just to clarify we paid each months rent on time but we forgot to adjust the standing order to include the difference for the new amount. So the arrears was made up of the new rent amount minus what we were paying at the original rent.
Apologies for not making that clear.
For example old rent @ 100 new rent 120 so the shortfall between the two of 20.
Hope that makes more sense.

How much was the shortfall each month?

As a landlord who has been in this situation I have also wondered if it is legal to make a deduction from overpaid rent, certainly it's not ethical but if the landlord returns the overpaid rent then the tenant will most certainly not make any payment of rent or charges outstanding. What I do is to withhold the repayment of rent pending full payment from the tenant of their charges (A bit of a stalemate) I am then quite happy for the tenant to then take me to court where I will put in a counter claim against the tenant for their unpaid rent and charges. I also have it written into my tenancy agreement that I can make deductions from overpaid rent.

Reply to the comment left by PSNLondon at 09/06/2018 - 09:27If all we're talking about is the shortfall between the new rent (which the tenant agreed to, but did not pay for 4 months), and the old rent (that was paid, and indeed overpaid for 1 month), then surely the overpayment would already have cleared the 4 month's shortfall? If not, how big was the rent increase, that has caused a "shortfall" that is so huge that it now requires a payment plan in order to clear it? If the rent increase was so massive that simply paying off 4 months worth of the shortfall means that the tenant is having to pay it off by monthly installments, why did the tenant agree to the increase in the first place? What are the actual figures involved here?

Tenant agreed to the increase but did not change the standing order. As a result they should have had spare funds available to pay the difference.
Tenant may be legally in the right regarding the overpayment, but I doubt there is much chance of getting a finding.
With regards the £35 charge for late payment, there could be a valid reason to show that this is not a valid charge but a selection facto fine, which the estate agent cannot charge. The tenant could try taking the agents to the small claims court.
https://www.which.co.uk/consumer-rights/advice/how-to-complain-about-your-letting-agent