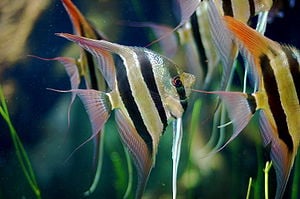 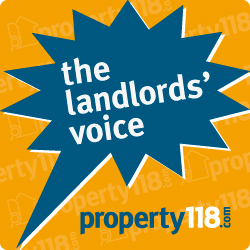 “We have a converted Victorian town hose on three floors and a basement, converted to flats in the 1930s.  We started as tenants in the top flat, bought it off the Landlord as a failing wreck and have been upgrading ever since.

Part of the upgrading has bee to put in secondary insulated ceilings, and integrated fire alarm system and individual condensing central heating system.

Our tenant in the top front flat has been breeding Angel Fish.  While we were away in Scotland, on a Friday afternoon he decided to fill a tank by pumping water from the kitchen sink to a tank by the kitchen window.  While he was taking a phone call [on his mobile], he apparently went into the living room and did not notice the water overflowing.  Perhaps it was the sound of water splashing on the floor, or the fire alarms shorting out and sounding off throughout the building which eventually alerted him!  Anyway, he turned off the taps and the pump.

The next day, the Saturday, he sent a text to my wife asking for our builders mobile phone number.  Before we went away we sent all our tenants his details as he is our agent when we are away and having worked on all our properties he knows where everything is.  The builder assessed the situation in the two flats, entrance hall and basement and concluded that the damage was contained and the best course of action was to leave it to dry out and then assess the damage.  He told me on Monday afternoon what had happened (being aware of my wife’s ability to worry about anything) as he saw no benefit in disturbing us when there was nothing that could be done until the flats had dried out.  Luckily the tenant in the flat below is away overseas for a while – PHEW!

Even luckier, whilst the ceiling in the kitchen below had sagged, none of the ceilings came down, as the water escaped through the fire alarm sensors!  So we have badly stained walls, sagging and damp ceilings, one soaked carpet and some water damaged books to repair or replace,  Probable cost about £1200, including call-out costs.  Lucky!

At no time did our tenant contact us directly to advise of the the problem.  In fact, it took him nearly a day to contact anyone to advise of the potential damage outside his flat.  It was one of the other tenants who called out the fire engineer.  It was my builder who realised that the fire engineer had simply turned off the affected zone[s]. It was my builder who realised that these zones were disconnected and the whole building was vulnerable to a fire in the disconnected areas.

I now regard my tenant as negligent and dishonest and liable for all the costs.  I don’t see why I should claim on the building insurance, which has a £500 excess, and will doubtless increase future premiums.

The tenant has admitted liability, admits to having learned his lesson (!).

What action would you advise?

Quite a good idea tyo insist that tenants prove tenant's liability insurance as a condition of the rental - I got it as a bolt-on to my contents cover when I was a tenant a few years back.

Hi Jerry, I always thought this was standard in tenants insurance. The problem is that I don't think many tenants purchase insurance and I'm not sure that a landlord can legally insist on them buying it can they?

What prevents a landlord from insisting on the liability cover (free with contents cover, usually) as a condition of the tenancy, in the same way as not smoking and maintaining the garden? Am I missing something here, Mark?

Hi Jerry, I'm not entirely sure, hence my question. I do have a vague recollection of some case law to do with this but I may be mistaken. I'm hoping somebody else can advise.

As a letting agent and insurance introducer our Insurance
provider has to check our tenancy agreement every 6 months to make sure we
don't insist our tenants get insurance, we can only highly advise it.

I believe it's something about unfair contracts, it doesn’t even matter if we
leave them open for the tenant to chose any insurance provider they wish we are
still not allowed in the AST (it’s a shame because we make money from it)

I would have him detained under the Mental Health Act!!! NO PETS AT ALL NOT EVEN FISH!!! Does he do this fish breeding marlarky for a living? if he does did you know he was running a busness from home ? all sounds a bit fishy to me you've been done up like a Kipper, sorry about that you must be between a Rock and a bad Plaice at the moment, I'd Roe him out as soon as I could.

Sale of investment properties - is there a specialist portal?

BMV property deal gone wrong - what would you do?