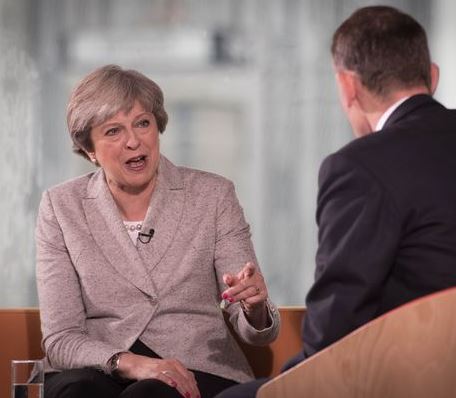 Landlords Ombudsman membership is to become compulsory it seems.

In Theresa May’s interview on the Andrew Marr show (1st October 2017) she said that she wanted all private landlords to belong to a Redress Scheme like agents currently do, and that landlords should be incentivised to offer longer tenancies.

Three Ombudsman schemes already exist for agents but to date there has been no Landlords Ombudsman.

There were no details offered on these plans other than indicating more will be included in the Autumn Budget Statement on the 22nd November 2017. This is especially critical to understand how landlords will be incentivised to offer longer tenancies as the majority of Buy to Let mortgages preclude in their terms and conditions tenancies of longer than 12 months.

Sajid Javid, the Secretary of State for Communities and Local Government said at the Tory party conference: “We will make it mandatory for every landlord to be part of an ombudsman scheme, either directly, or through a letting agent. At the moment landlords, unlike letting agents, are not required to sign up to ombudsman schemes. We will change the law so that this becomes a requirement, giving all tenants access to quick and easy dispute resolution over issues like repairs and maintenance.”

However, 12 month ASTs are already fairly common practice in the PRS and allowed under most Buy to Let mortgage T&C’s so it is unclear how much further the government is intending to go.

Javid also indicated there could be plans for a ‘Housing Court’ saying: “We will consult with the judiciary on the case for a new housing court to streamline the current system. We will explore whether a new housing court could improve existing court processes, reduce dependence on legal representation and encourage arbitration, with benefits for both tenants and landlords. We will consult with the judiciary on whether the introduction of a new Housing Court can meet the aim of saving time and money in dealing with disputes.”

“If you have the right type of properties to attract long term, good quality tenants, don’t stitch yourself or your tenant up with a long term AST. Consider the benefits to all concerned of offering a Deed of Assurance instead. Give your tenants the peace of mind they want and an incentive for them to perform impeccably. It’s then a true win/win situation. Tenants know that if they perform you will have to pay up if you take possession of your property. On the flip side, you may well stand a far better chance of being able to attract the tenants you really want, a premium rent and less voids periods too. It will be interesting to see the detail in the Budget proposals and whether a 12 month AST with a six month break clause coupled with an Deed of Assurance will attract the “incentives”, which are scant on detail at this stage”

“Property118 and Cotswold Barristers are also in discussion with other organisations about the formation of The Landlords Ombudsman, details of which will be announced in due course”

Estate Agents etc. belong to Ombudsman schemes & get paid by their customers.
The Govt want us to belong to one, but still no mention of the tenants that ain't paying us & no redress for us.
Like people have said on here before, you go in a shop, u take a Mars Bar, you don't pay, you get in trouble.

But people live in our 100k house, we have to insure it, repair it, EPC it, boiler service it, immigration check your mate who u know was born in the UK, & he don't pay u any rent, & we have no redress?

Hopefully the "Housing Court" the Government are discussing will help to level the playing field for landlords too.

Good tenants must surely realise that bad tenants cause them problems in much the same way as good landlords recognise that bad landlords result in them having to deal with increased administration costs associated with compliance. All of this is reflected in the price of rents of course.

Or more likely, reduced fees for the new compulsory redress scheme.
-They will invent more useless red tape and then 'incentivise' landlords by charging them a bit less.

Nothing further or new in the Hammond speech

It is amazing how all these 'experts' always come up with more red tape whenever they have a problem. Instead of creating an Ombudsman, why don't they sort out the existing mess first?

Oh Dear....and how do they think landlords will recoup the cost of belonging to a redress scheme...

So let me try and summarise this so a Treasury Minister can understand...

Generation Rent And The Tory Party - Reducing Rental Choice and Increasing Rents Since 2015....

At least in theory, the housing court is a great idea which is much needed - this is good news for landlords.

As for 12 month fixed terms (tenancies carry on indefinitely until the tenant gives notice, surrenders or is evicted; the real power to end the tenancy or not lies with the tenant; the landlord can only evict with a warrant of possession carried out by court bailiffs), I agree with everyone else, this is something many landlords offer already anyway and Mark Alexander's deed of assurance is a much better idea.

Letting agents charging tenants fees - yes this is wrong, after all it's the landlord who is the client, not the tenant - I don't expect to pay an employment agency when I apply for a job, why would I pay an agent to find me a property? I gather the fees ban will still allow one week's holding deposit to be taken and won't stop agents charging the tenant for referencing.

The ban on deposits exceeding one month's rent will make it harder for tenants who pose a higher risk. This could be because the tenant has a pet, but tenants with pets can get round this by taking out an insurance policy.

The 3 month minimum notice for section 21 - as landlords would be advised to follow the tenancy renewal date (the section 21(4) format ), many landlords end up giving nearly 3 months notice anyway as they miss the deadline for the month they're in, but aside from this, I would only like to see this proposal implemented after the housing courts have been established and shown to be making it easier to evict bad tenants.

As I've mentioned before, the issue is that most landlords are using s.21 even with good grounds, because it's much easier than the broken section 8 route. Most of the landlords who ring our advice line about section 21 are using it to evict a tenant who has defaulted in some way, not simply as a NTQ. Has anyone done a survey of eviction methods and asked landlords if they've resorted to section 21 when they should have used section 8? I believe they will find the vast majority use it when they should really use section 8.

Reply to the comment left by Mandy Thomson at 03/10/2017 - 13:26I forgot the minimum training standards for letting agents - again, really good idea and very long coming. I know there are many excellent agents out there but there are also some dreadful ones. The good ones will have no trouble passing the required standard.