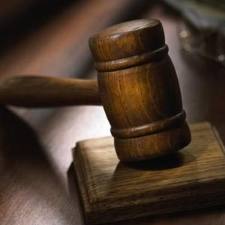 Judges back valuers in buy to let negligence appeal

Buy to let landlords have lost the chance to claim compensation from surveyors who overvalued an investment property following a successful appeal.

The Court of Appeal reversed a previous ruling against Bank of Scotland owned valuers Colleys in which a judge held a surveyor had a duty of care to a home buyer.

The decision means a valuer instructed by a lender has no legal obligation to a buyer who may rely on their valuation to underwrite the price and likely rent a property will achieve.

If a property fails to meet the valuer’s assessment, the buy to let investor cannot claim compensation for negligence.

The original claim in this case came from Mr Scullion, a self-employed builder.

In October 2002, Scullion bought an apartment in Cobham, Surrey for £299,800 as a self-funding buy to let investment.

He also hoped to make a profit on the purchase price from selling the flat at some later date.

Colleys valued the flat for Mortgages plc, a subsidiary of Bank of Scotland.

Scullion bought the flat but had trouble marketing the property at a rent of £2,000 a month, and eventually let the property for £1,050 per month in April 2003.

In the March 2010 hearing, Scullion alleged the valuation provided by Colleys was negligent and claimed compensation for the rental and capital losses.

Giving judgment, Richard Snowden QC agreed Colleys had a duty of care to Scullion because the valuer knew he would rely on their valuations when deciding whether to buy the flat.

The judge also ordered Scullion could recover his overheads, including mortgage interest payments and general letting expenses, less the rental income he received.

The Court of Appeal rejected the lower court’s decision and held Colleys did not owe Scullion a duty of care, so he was not entitled to recover the lost overheads awarded in his initial claim.

The judges concluded in a domestic purchase the buyer is likely to rely on the valuation, but in an investment purchase, Colleys could not reasonably foresee that the investor would rely solely on their advice.

Finally, the Court of Appeal have seen sense over this and it surprises me that the original Judge felt that a duty of care was owed by the lender's surveyor when instructed to undertake a 'valuation for mortgage lending purposes'.

It does exactly what it says on the tin and shouldn't be construed for any other purpose. If an investor is basing an investment decision off a lender's valuation and not doing his own due diligence by contacting local letting agents or instructing their own specialist in order to ascertain likely achievable rental income then more fool them.

In this case, it looks as if the wool was being pulled over someones eyes anyway as the purchase price had been 'overstated' in view of a 15% builder gifted deposit and a further 10% payment was deferred so it appears karma exists after all.

As an aside, since when were Mortgages PLC a subsidiary of Bank of Scotland? I thought they were owned by Merrill Lynch at the time?

If that is common sense, then surely it is also common sense to say that mortgage lenders should be obligated to allow potential investor to instruct approved surveyors themselves as an option and to make this option known to applicants. This way, wriggling surveyors would have a duty of care towards the investor and would have to stand by their work.

That's exactly how it often works in Scotland. However, lenders in England are paranoid that borrowers would keep instructing surveyors on their panel until they get the figures they want and then present the highest to the lender with a request to co-instruct. Some might say that's what BMV Property Sourcers do to justify the discounts they quote.

Surely if you don't pay for the Surveyor/valuer he has no duty of care to you. If you want that inforation and do not have enough personal knowledge to make a reasonble judgement then you should instruct your own surveyor and if he agrees with the lenders and they are both wrong then you have a case against the one you paid.

I think the point people are missing is that in a Domestic purchase you can rely on the valuation but not in a commercial one?

I would suspect that both instances have the same contractual status.

I think the bank will pay off the claimant here to prevent an appeal to the lords and keep the president.

Therefore requiring any future claim to go to the lords to over rule the lower court which most people won't do.

In both instances, residential & buy to let (semi-commercial) as part of the mortgage application process the lender will require a 'valuation for mortgage lending purposes'. This is part of the condition of obtaining a mortgage and the lender expects their out of pocket expenses to be covered by the borrower. The valuer owes the duty of care to the lender as they are being instructed by them to undertake the security assessment.

However, there is nothing to stop an applicant 'upgrading' the survey to a homebuyers or full survey and in these instances the applicant will also receive a survey report addressed to them (the borrower). In this instance a duty of care should exist but there are a variety of disclaimers that are signed before the report is carried out.

And surely as part of the valuation for mortgage lending purposes the surveyor is also assessing the true value and ability to cover the loan repayments from rental income?

It is about time surveyors were made to grow a pair and stop hiding behind technicalities. We all know a valuer is not instructed until the applicants valuation fee is cashed; so how is that REIMBURSING OUT OF POCKET EXPENSES?

Was the last poster a surveyor by any chance??

I'm not a surveyor but I'm an independent mortgage broker and we are tasked with explaining to clients the benefits & uses of the different types of surveys and we always advise clients not to rely on the lender's standard survey.

If you were lending your own money against a project, you would not expect to pay for the survey and would ask the borrower to pay the cost of your particular survey requirements. This is all a lender is doing but legally the contract is between the surveyor and the lender - It doesn't matter who actually paid for it in the first place.

Hope this clarifies my point. We don't set the law but are tasked with explaining the mortgage process to clients. Unfortunately, even though clients are spending hundreds of thousands of pounds on a property, most want the cheapest survey and don't even consider instructing an independent survey to help assess the viability of an investment property.

"If you were lending your own money against a project, you would not expect to pay for the survey and would ask the borrower to pay the cost of your particular survey requirements. This is all a lender is doing but legally the contract is between the surveyor and the lender – It doesn’t matter who actually paid for it in the first place."

You have TOTALLY missed my original point sir! That being one of 'if the borrower is paying for the report in the 1st place, why can the borrower not instruct one of the lender's panel surveyors themselves. That way the surveyor WOULD have a duty of care to the person ultimately paying for their services. A simple re-tying fee would ensure that the lender gets their copy.

Why Video Provides Landlord With The Best Protection