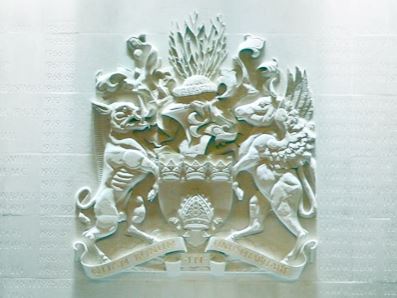 Once again our great capital was struck by tragedy last night. At the time of writing there are 12 confirmed fatalities, 79 in hospital and 18 critical in this horrific tragedy. There are still residents unaccounted for, and this death toll may well rise.

These deaths and injuries resulted from a catastrophic fire which engulfed the Grenfell tower. This tower housed 120 flats over 24 stories.

In due Course the Fire service will complete their investigation, and we will learn why and how this calamity unfolded.

In the mean time it would appear that residents warned in 2014 of a disaster waiting to happen. There are questions around the external cladding which may have accelerated the blaze.

It must be established if smoke and fire alarms were operable, and regularly serviced. Did this building have a sprinkler system. What barriers existed between the floors etc.

What is paramount however is that such a tragedy must never again be allowed to happen. Platitudes form the council such as “lessons have been learnt etc” are simply not good enough.

It is absolutely unacceptable that tenants of Council owned properties and properties owned by housing associations are being forced to accept accommodation which is inferior and does not meet standards in the private sector.

Grenfell Tower, although managed by a separate company , was actually owned by Kensington and Chelsea Borough Council.

We hear the term “criminal landlords ” being spouted on an almost daily basis by Councils when referring to Landlords in the private sector, but no private sector Landlord would be allowed to escape punishment in the event that serious failings are found, when this investigation is concluded.

For this reason, I call upon the housing minister to immediately pass legislation changing the provisions of the Housing act 2004 to remove the exemptions which allow Councils and Housing associations to escape Licensing. Their properties must be licensed immediately and subjected to the same checks as the PRS.

It is now obvious that Properties owned by Local authorities could pose a serious danger to their occupants and while strict regs apply to private sector housing , the public sector is exempt.
Local authorities will be horrified by my demand for licensing, as they will claim they cannot afford to bring their properties up to standard.

In the mean time no excuses. Local authority housing must be subject to licensing immediately. Grenfell shows us what complacency can cost in terms of human life. The exemptions from licensing for these bodies must be removed immediately.

Such a horrific tragedy and we have links to how you can help on Mandy's article >> https://www.property118.com/appeal-victims-grenfell-tower/100036/

Theresa May has now promised a full investigation. However, Gavin Barwell her new Chief of Staff is being heavily criticised for previously failing to act as Housing Minister to push through fire safety recommendations to keep red tape and costs down.

Well said Larry. 100% agree. What`s good for us is good for them.
An unspeakable and completely unnecessary tragedy. In this day and age, it should never have happened. Pure greed.

Public sector housing needs to up its game. It is shocking it can quite literally be a death trap... can you imagine the uproar if this was a private landlord? I would never house one of my tenants in a house i would not live in myself. I would never want to live in a social housing... sloppy standards and a lack of care by public sector bodies that fail to folllow the rules.

Excellent points made here especially the issue around the lack of a working fire alarm system.
There have been two similar recent incidents in Dubai (the Torch tower and The Address hotel) where both blocks went up like a tinderbox due to the flammable cladding. However there were no deaths or even injuries (apart from somebody who had a sprained ankle) as the fire alarms were working. If I recall and I'm not entirely sure the alarms are regularly tested in Dubai by the local Fire department.
The cladding was clearly the reason the fire spread so quickly at Grenfell tower but had the alarms been working there would have been no fatalities. The blocked escape stairwell may have been an issue but at least everybody would have been on much lower floors.
We need to know whether an alarm system was actually installed. And secondly why it did not work. Was it tested on a weekly basis ?
Prison sentences are required for those that failed in their duty.
Another issue is were any of the flats owned by private landlords. If so how are they to be compensated given they have no rent coming in now and probably unable to pay the mortgage ? Was the building adequately insured and will the insurer pay out ? I'm sure the insurer will try to negate any claims in view of the gross negligence here.

It is a disgrace. ALL landlords should need to comply with fire safety legislation. As Larry rightly points out this tragedy could have been avoided if councils were required to adhere to legislation, PRS LL must follow and for good reasons. Sadly, the following article proves the residents knew there was going to be a catastrophic incident - it was only a matter of time. I hope the council are held accountable and not just by way of fines.
My heart goes out to all those affected by this tragic incident.

Last year the council stopped me renting out a second floor room because they said that in the event of a fire the fire officers would not be able to access the room from the velux window as it was in the wrong place. Why then is it permissible to build these tall blocks when clearly fire officers could never access the flats after a certain height? Personally, I think this model of high-rise must stop and buildings should only go as high as can be accessed in a fire. In the meantime, clearly sprinklers are needed and also possibly external fire escapes should be added - if this would help - the regulatory body should know what to do and should have dealt with this. The double standards between what the councils expect from private landlords and what they provide themselves is astounding.

No fire officer can reach to top floors of high rise buildings, but they are normally designed well enough to be quite safe in event of fire, earthquakes. Grenfel tower tragedy must be a result of many flaws, from designing to construction to management, integrity all at once. In UK, only council corruptive mixture can create this type of tragedy, like in a very corruptive government buildings in 3rd world I have seen. But there people run for lives as they know none cares for theirs, not following instructions to stay put. My heart is with the victims, but really speechless in front of this. Next question should be on why and how the 8.6-10 mil was decided to be spent? 71k approx per flat for cosmetic updates that might be a reason to cost lives (pending investigation conclusion)? While not a penny to fire hazard... Would any private landlord or any human do that?

Is it a Labour or Tory council ?

This BBQ article shows gap between renting in pre and social.

Is it time that social housing costs are allowed to rise to real levels so they can afford to pay the real costs of providing safe housing just like the prs. It looks to me like councils are under pressure to keep their rents low which leads to cost cutting. £200k for a sprinkler to be retro fitted in there apparently so just £2k per flat. Housing costs are always going to be expensive, and living in the most expensive city in the world should be reflected in social rents in the same way it is in the prs..

I think the people density in that block must be acknowledged as an extra risk in the same way it is in prs Hmo properties. Licenses for councils.

I think Kensington was the last seat to be counted in the GE coming in narrowly for labour for the first time ever. I don't live there but I am guessing this reflects some recent changes in the demographics which could well be putting pressure on this sort of housing.

Appeal for victims of Grenfell Tower

Too Honest? - We Shall See