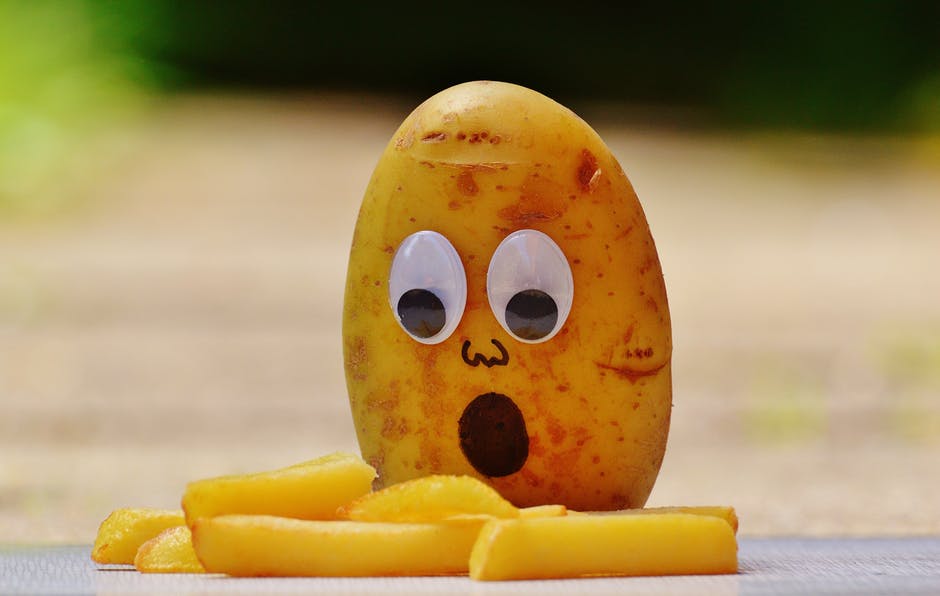 A significant number of homes suitable for first time buyers could flood the market in the coming year as new figures show approximately 380,000 landlords 19% intend to offload property.

The figures indicate that 45% of landlords who intend to sell property in the coming year plan to sell individual flats and apartments, with a third 33% looking to sell terraced homes – both of which are typically affordable and attractive options for those taking their first steps on the property ladder.

Significantly, just 7% of landlords who plan to sell say they intend to sell to other landlords, signalling renewed hope for many first time buyers and homeowners looking to progress up the property ladder.

“These findings sound like positive news for potential new homeowners, but the reality is not everyone wants, or is in a position financially, to buy.

“In fact, if all these homes are sold as planned then it will lead to a significant fall in the supply of property available to those who choose to rent, or have no other option but to rent”.

The National Landlords Association (NLA) says it has been looking into the issue recently and has produced a video and discussion paper – the hustle for homes – about the relationship between landlords and first time buyers in the market.

“Everyone seems to have a gut instinct about the extent to which they feel landlords and first time buyers compete for homes in the UK, but home ownership is a highly emotive issue so the facts are often overlooked.

“There’s certainly no denying that competition exists, but the significant barriers to home ownership are more likely to be the high cost of a deposit or ability to access mortgage finance.

“With our new video and discussion paper we hope to provide more of an accurate picture of these issues, and importantly we want to focus the debate on what can be done to ensure that everyone has a roof over their head – regardless of whether they rent or own”.

Watch the hustle for homes and read a copy of the discussion paper at www.landlords.org.uk/news-campaigns/news/the-hustle-homes

Gary (not real name), a landlord in Edinburgh, says he is plans to sell up due to recent tax changes:

“I’m selling six flats right now so I can bring my debt down because we won’t survive these tax changes, it’s just not possible.

“We’re trying our best to charge a reasonable amount of rent, but when we sit down and do the figures, you’re sitting there going ‘this is just crazy’ – it’s broke our spirit an awful lot.

“I always thought as I got old, I would be able to sell my business for somebody else to take on, but with all these tax changes I personally don’t think in 25 years there’ll be buy to let landlords, there will be these new corporations that build houses.

“It’s taken something like 22 years to build up the business but I now realise that now we’re going to lose probably half of it. I think it’s a big, big mistake this tax change. It’s a tenant tax, that’s all it is”. 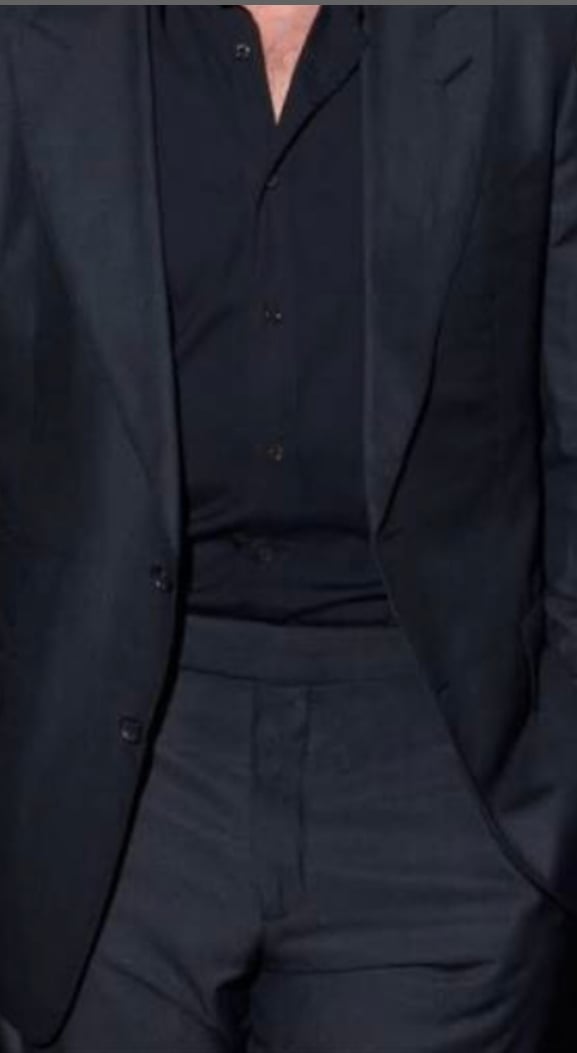 It can be incredibly expensive to transfer properties into an LTD company and whilst some accountants will be able to do the transfer without paying stamp duty, at some point, this will catch up with you and it will be payable.

With that in mind, there are some strategies that can be used for reducing liability, including self manage, increasing rental profits, increase tax-deductible costs, decrease finance costs, use your cash strategically elsewhere. If you don’t get this right it will be costly, for higher rate (40%) taxpaying landlord which is why you need to make new purchases in a limited company so that the increased tax burden can be avoided where possible.

Big developers are an issue across the board, but it’s important to know what tenant type they are targeting. So that you aren’t competing, adjust your strategy and marketing which will reduce void periods.

Finally, Brexi, yes, European investment will decline, but investment from further afield and domestic investment isn’t as it’s not changing the impact of the need for a private rental sector in the UK.

What I worry about is that the media will pick up on that FTB matter and the Osborne's tax idiocy will be made a success. IMHO - this is a very dangerous situation we are in. The Government, who want everyone being in mortgage debt, may think that further tax increases will be justifiable. FTBs are likely to vote Tory, the tenants do not really matter, do they? Councils will be left to themselves to handle the homelessness - the Gov does not care.

Glad I offloaded all but one of my properties last year. A relief really. These tax changes are not going away (imo) and I take comfort from the old investment saying, if you are going to Panic - Panic First!

It would be interesting to know how many properties haven't been brought into existence because of this. Landlords were responsible for a large number of new builds.

I haven't built, converted or brought back into use one property since this anti business announcement was made.

Not only is it expensive to transfer to a LTD company I do not trust HMRC to accept the concept of legal and right. When I was at school tax avoidance was legal and tax evasion was illegal - I still have things called books with these exact words. Now both are illegal. Just look at the language a is applied to the 2 terms - almost indistinguishable. Now if the maths does not work in favour of HMRC you are contravening the "spirit" of the legislation - read as empty your pockets.

Those landlords getting out or off loading - all understandable albeit into a tricky market.

The big players are not providing the correct accommodation.
Who wants to share a kitchen with 8 people ?

Back when I was at an age where certain leftie friends were keen to become first time buyers we pointed out to them how a 'do-er upper' in such and such an area was a bargain if they were prepared to be imaginative and sweat. Quick commute to C. London, nice shops opening etc.

"Ew I'd never live there" was the common response.

The concept of lowering one's sights for a stepping stone property was dismissed in the manner of a wise old man correcting a toddler's world view.

These properties, renovated to high standards, are now beyond their reach. They're now bitching about the evil landlords stealing the properties they want while still willfully blind to the properties that they could get but aren't good enough for their standards.

Long story short, when the Landlords sell up, either the FTBers will turn their nose up at the 'low grade stock' or not be able to afford the appreciated stock even with a 10% price drop.

And this Landlords is all our fault :/ I won't be listening when they are stuck renting in a Crapita/G5S version of a '60s high rise sink estate with an algae-infested swimming pool in the basement and a closed down , windswept beach lifestyle chillout hub on the roof.

On another note, Sami, please expand on the incorporation Stamp Duty time bomb.

Reply to the comment left by Daniel Holder at 16/05/2018 - 09:34
"if you are going to Panic"
-Don't panic! Never a good idea to panic, especially in business.
Planned sales, maximising profits and utilising CGT reliefs is the way to go.

I am of the school - if you keep a cool head when others are losing theirs - you were not quite paying attention. My response o GO s announcement was WTF followed by sensitivity analysis to my cash flows . My fellow cool headed friends clueless to the impact I think will be finding out this year through their tax bill. I tried to explain what had just happened but it fell on deaf ears.

Its not a cool head that solves problems, its the adrenaline from a shock .

Absolutely, planning and maximising profits is essential. Thats why I sold off a couple of properties last year. Similar properties in the area are already 12% down in asking prices compared to 2017 and I would expect further falls over the next few years due to various factors.

In a very crowded room the smart investor positions themselves by the exit.

Reply to the comment left by AA at 16/05/2018 - 20:31
"My fellow cool headed friends clueless to the impact I think will be finding out this year through their tax bill."

Your thinking is wrong then AA.
Landlords don't receive a tax bill from HMRC, they complete a self assessment form. This year's form is practically unchanged from previous years, so if they were oblivious to it before, they will be oblivious to it after.