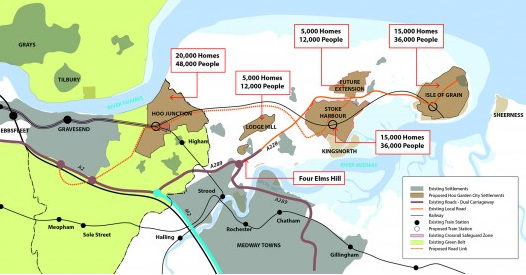 The five finalists for the prestigious Wolfson Economics prize worth £250,000 for the winner, all argue the case for creating more garden cities to help solve the Uk’s housing crisis.

Barton Willmore’s entry suggests creating four different types of garden city along with the greening of existing new towns. Up to 40 new garden cities could be built over the next 25 years each with 40 to 50 thousand new homes and creating another 40-50,000 new jobs. 35% of these new homes should be affordable housing for those on low incomes.

The entry reports that “In a March 2014 review of the Government Economist Kate Barker’s 2004 Report intoHouse Building and the Planning System, the Home Builder’s Federation concluded that 10years on, we have spectacularly undershot national housing targets by 954,000 homes, equal
to the total number of households in Latvia.”

“With the Department for Communities and Local Government (CLG) forecasting an
additional 5.8m new homes by 2033, the current shortfall of circa 1m homes per decade
would require somewhere between the total number of households in Denmark and
Switzerland (circa 3m homes) to catch up. And then we need to keep going.”

It is argued that 40 cities in England could be doubled in size in this way, such as York, Norwich, Stafford and Cheltenham. 20% of new homes would be affordable housing. the Hoo Peninsula, Medway, Kent. Starting a settlement of 15,000 homes built over 15 years. It is also suggested that Stoke Harbour could grow into a garden city of 60,000 homes, only slightly smaller than Oxford.

high quality homes, jobs, services and infrastructure. A survey in the entry shows that 55% of people in Medway support a new garden city on the Hoo Peninsula compared to just 33% who oppose. Affordable housing would make up 37.5% of the new homes.

Wei Yang & Partners entry has mapped out an arc of land that they believe to be the ideal position for garden cities serving London. This area runs around London from Southampton to Felixstowe and would be the focus for finding suitable land for new developments. Single purpose private companies, under the control of a independent national Garden City Trust, would then be established to build the cities.

It is great to see Shelter becoming involved in the only true fix for the housing market - increased supply.

Perhaps there is some synchronicity here....... Nick Clegg has been banging the Garden City drum. Let's hope they don't put it on the back burner til after the election?

I'm not to embarrassed to admit that I had to Google what a Garden City is - here's the answer >>> http://en.wikipedia.org/wiki/Garden_city_movement
. 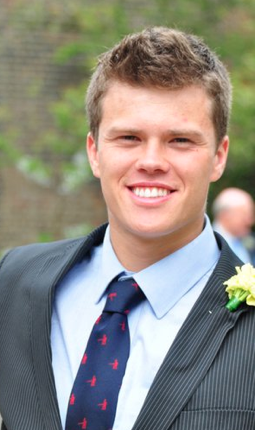 Mark I agree, "garden cities" seem to be this year's big buzz word, a gimmick of a sound byte in my opinion, loosely banded around by people who want to create a picture of a countryside meets housing.

The idea would probably work in the USA where land seems plentiful - but surely if we were to build houses that have big gardens and plentiful access to parks / green space (my dictionary definition of the word) then we are not actually going to make much of a dent in the UK's housing supply shortage! We are on a small island which is getting more crowded, space is the one thing we don't have.

Was Milton Keynes designed to be a "Roundabout City"?! It doesn't quite have the same ring to it.

Therefore I would go as far as saying, actually perhaps a garden city is not the solution. The second entry by David Rudlin is doubling the size of existing cities... how does York or Norwich go from being a non-garden city into being one... knocking down existing houses maybe ... that probably would not help ease the housing shortage.

Finally, at risk of exposing myself as an idiot but I can only see 4 finalists in the article!?

The fifth entry was very technical and didn't seem to add much to the other 4, but like you I am not an expert on the subject.

Garden cities don't apparently have to have big gardens, but are a method of planning going back 100 years, where the idea is that they are self contained in term of facilities and infrastructure.