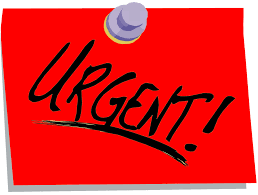 Urgent advice required please on tenant that may have left owing 10k!

My tenant has not paid any rent since Aug 15 and their AST expired on 31st October 2015. A Section 21 Notice was also provided to the Tenant in August to inform them that they must vacate the premises.

The tenant then decided not to vacate at the end of their tenancy and until today, when I went to the property to serve Court Papers for an Accelerated Possession Order, it was mine and my Letting Agent’s belief that they were still occupying the property.

However, it would appear that they have shipped out and according to my neighbour they haven’t been seen for around 4 weeks. The keys have not been returned, either to myself or the Letting Agency and therefore I am unsure where I stand in regards reclaiming possession of my property and also in regards recouping the monies owed in the Small Claims Court, given that he owes me in the region of £10k in unpaid rent??

Can anyone advise me please?

You cannot just assume the tenant has surrendered the property as you need confirmation from them some how.

I am not a professional in this area so I would suggest you talk to Landlord Action and the Sheriffs office using our contact form son the pages below:

You may have to go to court if the other person or business denies owing the money, and they defend the case.
Small claims

If your case is a small claim - under £10,000 - it may be dealt with using written evidence, without a hearing.

If there is a hearing, you can:

represent yourself
pay for a barrister or solicitor to represent you
ask someone to speak on your behalf, like your partner or an advice worker - you must get the court’s permission

Small claims hearings can be held in the judge’s room or a court-room at a county court.
Cases worth more than £10,000

There may be a more formal hearing if you’re claiming for more than £10,000 and you should get legal advice.
After the hearing

The court will send you a letter giving you its decision and any actions you need to take.

Where you stand is simple - you are in the sh*t!

Take legal advice if you aren't sure on what to do.
If you want to do this yourself, it's fairly straightforward.

I will now have to warn you that I am not qualified to offer you legal advice but I am qualified enough to tell you what I have done to get back possession on many, many occasions.

You are obviously now in the twilight world of deciding what legal route to take.

My top priority would be to get Legal Possession of that property back, so it can start to generate an income again.

I can chase for the arrears for up to 6 years if i just want to go down the section 21 route, but i will need an address later for serving of the court documents when I issue a claim for rent arrears and damages via MCOL after obtaining legal possession.
(If i use the section 21 route, there shouldn't be a need for a court hearing.)

If the tenant signed the section 21 notice, i can speed things up.

If it wasn't signed -it's risky,

Legally, until i get a court order - i don't have legal possession.

As my tenant is still a tenant until i get one of the following.
1. A court order ending the tenancy and a money order, ( which I won't get using the Section 21 route, so I use the Section 8 route instead)
2. A signed Declaration of Surrender, stating that the tenancy has ended, by the tenant.

I issue an Abandonment Notice stating where the keys can be obtained, should i have to change the locks, (which is legally very risky), pin it on the building discreetly and issue it via email and post in case the tenant comes back saying they have been unlawfully evicted.

Issue the section 8 notice seeking repossession if i intend to chase for the arrears immediately and once it expires, issue court proceedings via PCOL.
(I would Normally use Grounds 8, 10 and 11 on the notice)
Once i have issued proceedings make sure you follow the CPR rules in regards to issuing a statement of arrears to the property, (tenant), within the timescale under the rules.
(The CPR rules are on the PCOL website).

At the court hearing show the Abandonment notice to the judge asking for instant repossession and I would present my case for the arrears.
(I must only claim for arrears of rent, no other charges allowed except the court fee or my case could be thrown out).

The judge will want, a landlord in attendance, proof of arrears letters sent, the section 8 notice being correctly issued, the current statement of arrears and the daily increase amount of the arrears.

I should then get a repossession order with an attached money order for rent arrears and court costs at the same hearing.

If there are any belongings still at the property, I look up the rules. I usually wait for about a month after the case and bin them, because they are usually old x-box games, kids prams, underpants on lamp shades or socks with holes in.
Officially it is marked as rotten food and syringes.

I get a good tracing firm and track the little bastard down and then prepare for 12 months of attempting to get my money back, by enforcing the court order.

Bring a separate MCOL claim for all the other costs and charges in addition to the repossession order amount granted, (not both), and serve it on the traced address.

My ex tenant will, by now, have been building up arrears with their new landlord, like its 1995 and I probably won't get a penny back!

If the tenant is employed and i know by who, i can apply for an attachment of earnings Etc, but that's for another day.

Top priority is getting legal possession back first. 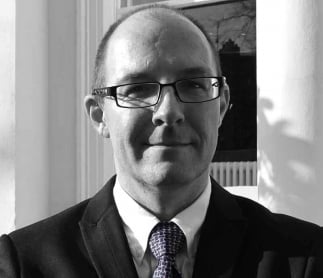 Hi Andy. I am a qualified lawyer and I don't think the situation is that bad. Are there many of the tenant's belongings there? I take it you have spare keys and can let yourself in if it's not possible to see through the windows. You have every right to go in if the neighbour has given you credible evidence leading you to the impression that the tenant is no longer in occupation. You have the right to secure the premises against squatters, and may even have a 'don't leave empty' clause in your tenancy agreement. When you go in, if there are signs of life, leave again. Is there (in date) food in the cupboards? Is there bedding on the beds? Toiletries in the bathroom? Is mail piled up by the door? Is there stuff there which you wouldn't expect someone to leave if they were doing a runner? Take photos. Inform the court in writing, clearly marked urgent, that according to the neighbour and the evidence of your own eyes the tenant has vacated, and that you request a forthwith possession order rather than 14 days. If you have a reasonable doubt as to whether the tenant looks likely to return exercise caution. Otherwise pile up whatever stuff remains, in a respectful fashion, and get on with redecorating, room by room, ready to let the property as soon as your accelerated possession order comes through, whereupon you should also change the locks. Don't take any chances, but common sense is a very good guide. If the tenant reappears before the possession order arrives they have the right to go back in and you shouldn't stand in their way. There is very little prospect of an unlawful eviction claim succeeding. Legal Aid is only available where the tenant seeks an order for re-entry, or where damages are likely to exceed the small claims limit, which if you do all of the above, they will not. Do remember the photos though. If they make the place look abandoned, then it has been abandoned. Good luck. You'll be fine

Can we insist that the freehold for the properties is sold separately from the leases?