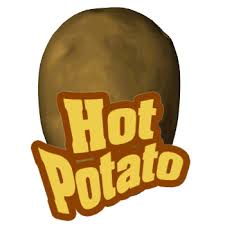 It has been reported that Blackstone Group LP and Prudential Plc have been selected as the preferred buyers of Bradford and Bingley, which includes Mortgage Express, by the government owned UK Asset Resolution (UKAR).

The acquisition by Balckstone and the Pru insurers is for £12.5 billion of mortgage lending of which 70% is Buy to Let lending

UKAR said in a statement on Saturday, “this process is confidential and we are contractually obliged to maintain that confidentiality.” Blackstone and the Pru have also declined to comment on the report first released by Bloomberg.

Selling the loan book, which includes £3 billion of under performing accounts, will cut UKAR’s assets to around £24 billion resulting in an 80% reduction the government owned balance sheet since it first took on mortgages from Bradford and Bingley and Northern Rock in 2010. Cerberus purchased £13 billion of Northern Rock mortgages in 2015.

Chancellor of the Exchequer Philip Hammond restarted the sale process in October after putting it on ice following the Brexit vote in June last year. Hammond is continuing George Osborne’s work to dispose of banking assets acquired during the credit crisis of 2008.

When you see an orange banner indicating member status of The Landlords Union on comments or a member profile you can be certain that person is sufficiently passionate about our cause to commit financial support.

A growing number of landlords contribute monthly from as little as £5 to The Landlords Union “TLU” helping to fund research, campaign work and lobbying for landlords and businesses operating within the Private Rented Sector.

As landlords and associated professionals we must unite. We must respond to increasing legislative demands, fight injustices and encourage the media to balance their generally negative reporting towards landlords and the PRS.

We are vital providers of housing, supporting the mobility of workers and people who are unable or unwilling to take on debt to own their own homes. We trust you will agree that more work needs to be done for the general population to have these facts at ‘front-of-mind’ when thinking about private housing providers.

We also have a second tier of membership called “Lifetime Membership”. This is particularly attractive to landlords who wish to benefit directly from representative action legal campaigns being undertaken by TLU. The most prolific representative action to date was against The West Bromwich Mortgage Company. Under the banner of “Property118 Action Group” we successfully recovered £27,500,000 of overcharged tracker mortgage interest on behalf of UK landlords.

Numerous similar legal campaigns are underway on a no-win-no-fee basis, further details of which will be provided when you become a regular TLU member. 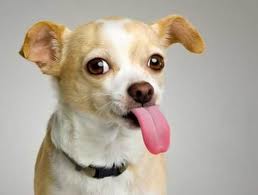 Well, I'm sure it's just a question of time before anyone with an MX mortgage gets a letter in that case.

They will be eyeing up the " opportunities " that the beaten and downtrodden private landlords represent with a new set of legal advisers.
Portfolio landlords be on guard for the next waive of assault.
Why would anyone buy an under performing portfolio of assets ?
Unless... therein lies the opportunity to hike up rates, force sales, or something else ?

Watch out for the small print.

Not if they only pay X pence in the pound.
.

Will we ever know? These confidential deals are most unhelpful. I can confidently state that M.E. has received compensation in relation to one of my badly sold mortgages under a none disclosure settlement and never reduced my payments by the received amount. Will that piece of history be disclosed to the new buyers I wonder. Does anyone know?

I always think, gut feeling, I should say that because these deals are " high level" out of the public eye that where ever there is a government minister involved be assured that our " best interests " are always at the heart of the negotiations.
A few lunches and chauffeur car "expenses" will be tacked into the deal too.
Taxpayers eh! Friendly lot are we not

The eventual sale and price will be a matter of public record. If it is not publicised we will have the right to demand disclosure under the Freedom of Information Act on the basis that tax-payers money was used to bail out Bradford & Bingley.
.

Hi Mark. I have just heard that the sale has been confirmed.