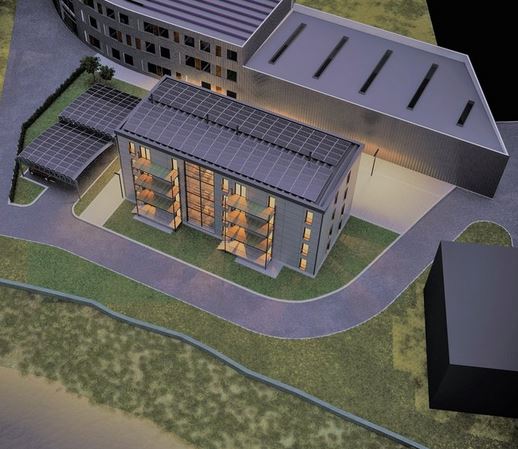 China National Building Material Company (CNBM) is to use it’s industrial power in a £2.75bn joint venture with UK housing association, Your Housing Group (YHG) based in Warrington and renewable energy supplier, Welink.

This partnership is planned to help ease the massive under supply and pent up demand for affordable homes in the crisis hit UK housing market.

This deal has been endorsed by the Uk’s Department for International Trade with Chinese State owned CNBM investing £2.5bn, and housing association YHG £250m.

Welink confirmed the factories will use British light gauge steel framing to produce panelised components for residential developments that are “at least 75% off grid” thanks to solar power and energy efficient design.

International Trade Minister, Greg Hands, said “this is a clear endorsement of the UK’s attractiveness as a place for inward investment. This announcement has the potential to benefit local communities across the country, creating jobs, boosting local economies and creating homes.

CNBM’s chairman, Peng Shou, said “the key to unlocking the opportunities to address the housing needs of the UK is through the development and delivery of an industrialisation strategy at significant scale”.

Five pilot schemes are planned to deliver 2,000 homes next year before the factories are built, with the panels for these homes supplied by Barcelona Housing Systems. The first scheme is due to get planning permission for Liverpool in January. 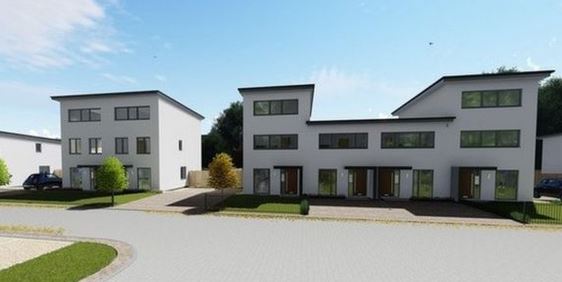 Ajmal Rahman, chairman of Welink Group said, “Our partnership comes at a time when the UK’s housing shortfall is only going to be addressed by radical innovation in building practices which opens the way for modular housing. This joint venture will give a significant kick start to delivering the new homes people need across the UK which includes helping to address fuel poverty issues through our incorporated solar and energy efficient design, meaning our developments can be at least 75% off grid. Furthermore, British produced light gauge steel framing will help keep our carbon footprint to a minimum.”

It is thought the project will be able to get the cost of construction down to just £400 per square metre once the economies of scale and production have kicked in. This is down from an initial projected cost of £1,000 per square metre

The figure of 25,000 new homes per year is still some way short of the 250,000 required just to meet UK demand without putting a dent in the shortfall of home building in the last 20 years.

They sound delightful and charming.

I bet all the people will jump at owning one.

Are any MP's going to live in one?

So what's the lifespan of one of these architectural wet dreams?

My mum bought her Shepherd "Space-saver", built in the late 60's, from the council in the 80's.

Asbestos and concrete was the latest technology at that time and what a treat they are to behold,with their swanky hot air central heating and plywood exterior facia panels.

They are great when it rains, you can see the sun rising through the gaps as the epoxy resin shrinks in the cold weather.

You can only get a commercial mortgage on them nowadays,so I don't like to be a cynic at XMAS, but WTF?

More tinkering - won't make a jot of difference to the housing problem.

No wonder Osbourne gave us all a kicking.....

Solar is good/commendable, but unfortunately the Chinese are not known for quality when it comes to building construction.

What a shame they aren't being manufactured locally... 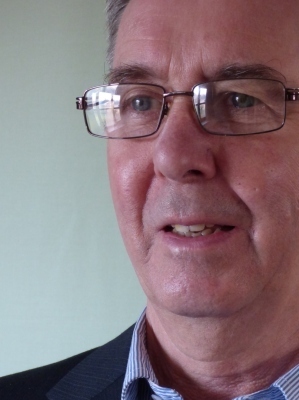 It's time the government supported the UK industry. Why can't we build factories here to create these types of quick to construct buildings rather than in China?
We can produce timber frames already so surely would just need to scale this up.

This is the future of renting, no more cottage industry for us private landlords, just mass prefabs rented out at extortionate prices. Big corporations have seen the future in renting and have set government policy. As government is the shadow cast by corporations. They have billions to lobby the government to implement there policies, in there favour, and when the MP's are in their pocket and retire, they go and work for them, by advising them. It's a revolving door. The truth behind the assault on landlords in slowly coming out. It never had anything to do with a level playing field. That was the rues so they can corner the billion pound market, and industrialise it on a massive scale.... 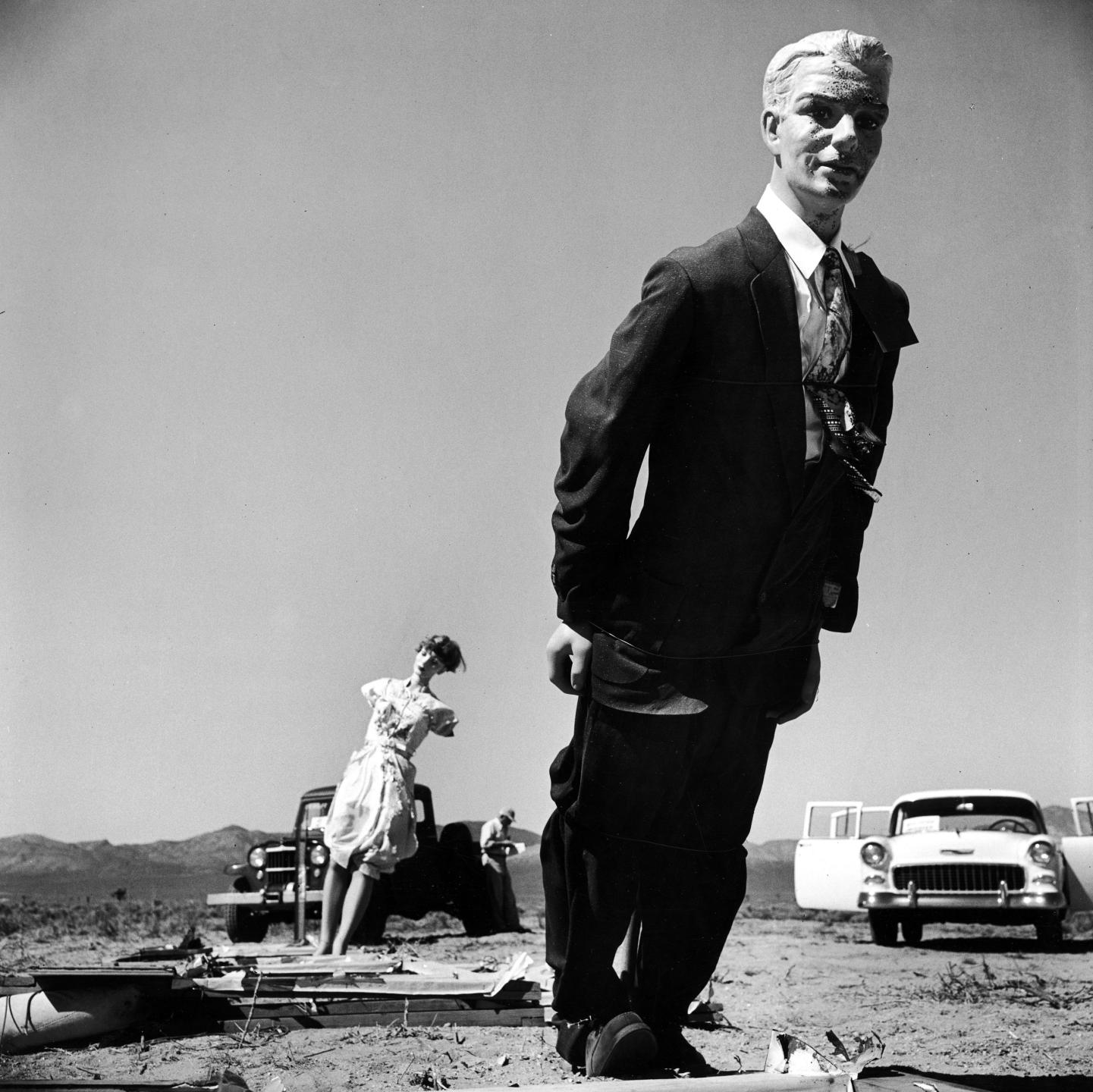 The factories are being built here in the UK. The new jobs will be UK jobs. Building off site is quicker, tidier, safer and these days usually higher quality.

The problems will be planning permissions and bland and/or repetitive design. Shame it is not a UK company in partnership to do this.

Legal and General are planning to pump out 4,500 similar pre-fab units a year.

And they all just came up with this idea together at the same time by coincidence? HMG will be advantaging them somehow. You or I wouldn't be allowed to knock up glorified caravans and plonk them wherever we want. But L&G or CNBM/YHG can. Lets just build proper houses with proper materials and a properly sustainable and realistic rate.

Well I think there are at least a couple of issues here. I'm not against the principle of allowing funds to build large high quality pre-fab developments with units numbering in their thousands. If we are honest about our concerns about the housing crisis then this is very likely a part of the answer.

This does not change the fact that I am against HMG disingenuously blaming the current housing crisis on small landlords and using this as an excuse to artificially further advantage the corporates by grabbing the incomes of small traders.

Two days after announcing Clause 24 in July last year, George Osborne was on the news in his yellow jacket and hard hat in connection with making planning approval automatic for building on brownfield sites, to make it easier for developers.

He was very keen on getting the Chinese involved in our economy through construction projects.

The concept of Build to Rent was announced shortly after.