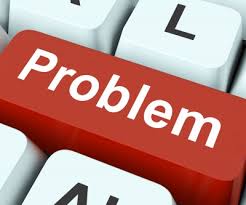 Hi all, I had a tenant move into a 2 bedroom top floor flat on 1st January. When the previous tenants moved out they told us that there were problems with the people below, they would shout and swear and complain at every noise our tenants made, before this the previous tenants before them had to move out at short notice as the guy below had threatened to kill them!

Obviously, the police and council were involved, and I think an ASBO issued. Unfortunately, our new tenants are already having issues with the people below, they daren’t put the TV on in case he kicks off, in fact, they are using subtitles and tiptoeing around which is unacceptable, they have also requested if they can leave as they are so stressed out. Obviously, we would not want to lose them but will reluctantly let them go if things don’t improve.

The block is three floors with the problem being in the middle. The couple on the ground floor moved in about six weeks ago with a newborn, this seems to be where the issue stems from. Like most babies, this one cries at all times day or night, and this obviously irritates the people in the middle, who instead of speaking to them start shouting, effing and blinding and slamming doors throughout the night, upsetting my tenants and the people below.

The two floors below are both council tenants.

We have spoken to the police who advised us to tell our tenants to call them when there is an issue, and they will come round and speak to the offenders, but our tenants don’t want to get involved as they are scared of repercussions. We have also spoken to the council who say that our tenants need to keep records, phone the police etc.

We pointed out the previous history of their tenant, and basically, they said that we need to start again even though they are aware of the death threats and ASBO, that is if they can be bothered to look as they didn’t even ask for the address.

Obviously, if our tenants leave there will be no one to report the person below, apart from the people in the bottom flat, if we re-let the flat then we are knowingly subjecting them to a problem below, which can’t be right.

Basically, the council do not seem to care apart from following their “guidelines” they are aware of previous issues but don’t want to take them into consideration and don’t want to talk to us about them even though we have case numbers etc.

We would be grateful for any advice, many thanks.

I had this problem last year in a two storey council block (with a noisy neighbour below)...exactly same story what with death threats, aggression and general ASB from these rogue council tenants. Unfortunately the process to evict rogue council tenants isn't an easy process and could take years, plus as you point out involving the police can create its own problems.
I ended up deciding to sell my property as soon as this problem started. I avoided registering any formal complaints, so did not need to detail any problems on the Property Information Form. As soon as you get involved making complaints to the freeholder, council or police you will have to declare those to new tenants or buyers.
Luckily the council bought the flat off me at selling price so maybe you should try selling it direct to the council first, as unfortunately I think that the rogue council tenants will be wishing to live in the property long term and its incredibly difficult to evict such people.

This is the scenario all landlords live in fear of. The fear comes from the fact that the tenants don't want to complain and be in the firing line and the Council won't listen to anyone who is not resident there. One possibility might be to install acoustic insulation in your property, such as a floating floor. It would need to be professionally installed. I've used a company called Instacoustic in the past, but I don't know if they are still around. The only other potential solution I've heard of is to offer the property to the Council to rent out for a guaranteed rent. This is not something I would even contemplate in ordinary circumstances, but your problem is you are compelled by consumer legislation to inform prospective tenants or buyers of the problem downstairs, which is going to make it very difficult to do anything else with it.

Changing a CT band - before, during or after?