A bid by a landlord to get the Government to reinstate tax relief allowing mortgage interest to be set against rental income has been shot down after the petition reached 28,000 signatures.

Simon Foster started the petition on the Government website to reinstate the full amount of mortgage interest against rental income before tax is calculated.

He told Property118: “This is a typical response from the government, and it makes me laugh when they say that they want to ensure tax is fair.

“Because it is landlords who have been screwed over the last few years making it tougher for all of us.”

He added: “It surprises me because there are probably loads of MPs with homes to rent and AirBnBs.

“A lot of landlords will be impacted by not offsetting their interest – if other businesses can, why can’t landlords?

However, HM Treasury has posted this response on the site:

The Government will continue to set mortgage interest relief against rental income at the basic rate of tax. The Government has a responsibility to make sure the income tax system is fair.

The Government recognises that the private rented sector plays an important role in the UK housing market and economy. However, the Government also has a responsibility to make sure that the income tax system is fair. Under the old system, residential landlords got relief on their finance costs (including mortgage interest payments) at their marginal rate of income tax, which meant that higher rate taxpayers got a more generous tax relief than those on lower incomes.

To minimise the impact on landlords who are affected, the Government chose to act in a proportionate and gradual way. It announced this change almost two years before its implementation. The restriction, introduced in April 2017, was phased in over four years to give landlords time to adjust to the changes.

To be clear, these reforms do not mean that tax relief on mortgage interest has been abolished. Landlords are still able to claim an income tax reduction equivalent to basic rate tax relief on the finance costs of their rental property. Residential landlords also continue to be able to claim relief at their marginal rate of income tax on the day-to-day costs incurred in letting out a property, such as letting agent fees and replacing furniture.

The Government understands that people, including those who rent property, are worried about the cost-of-living challenges ahead. That’s why decisive action has been taken to support households across the UK, whilst remaining fiscally responsible.

Appears to be the end of the petition

While that appears to be the end of the petition, it is still live on the Government website until May and if it reaches 100,000 signatures there is a chance that it will be debated in Parliament.

Mark Alexander, the founder of Property118, said: “It’s no surprise the government has responded in this way – and it’s a shame that private landlords still have their tax calculated initially against gross rental income without interest payment deductions  – unlike any other business in the UK.

“I would urge all landlords who haven’t already done so to consider their tax situation as a matter of urgency.”

The petition can be found on the Government’s petition website.

I am an accountant and have written to all my clients to let them know about the petition, a number have signed. Landlords may want to ask their own accountants and contacts to spread the word.

1. Many taxpayers are ONLY 40% taxpayers because loan interest is not tax deductible from rental profits. So the rental profits before interest force income into 40%, even though there may be a loss after interest!

Having being forced into the 40% bracket and paying 40% tax on property profits, the landlord only gets 20% relief for the loan interest.

2. Businesses (and renting a property is a business for most people, it is not like passively receiving interest on a bank account) get full deduction for the majority of business expenses, including interest.

How is it 'fair' that individual landlords do not?

3. Companies with rental property generally get full tax relief at their marginal corporation tax rate . Why is it 'fair' that individual landlords do not? It gives big business a competitive advantage over individual landlords (as usual) and forces private landlords out of the property. How is this 'fair'.

The problem it seems is that private rentals are not considered a business. Renting out the odd property because you did not want/need to sell makes a bit of pocket money, so it is not really a business, is it? But if you own several or more properties and run this as a business, particularly as your primary income then it is a business. Either the Government recognises landlords with say, more than 3 properties, as business owners or they allow transfer of the properties into a business structure (Ltd or LLP), without the massive tax issue and costs associated with the transfer. Neither of these are likely are they? However it only affects those landlords in the 40% tax bracket. If my understanding is correct if you pay 20% income tax then you still get 20% relief. Under a Ltd structure you pay 19% Corp tax. But then why limit a business to an income cap, surely a business wants to expand, so inevitably it will reach the 40% tax bracket. So is the solution to mandate that if you want to rent out your property or properties it must be done under a business structure in future. It gets even more complicated because who owns the property and transfer of ownership. I am sure Mark can elaborate on this far better.

The response from the Government is disingenuous and pathetic. They talk about imposing a fair and equal tax deduction for both basic rate and higher rate taxpayers. If fairness had anything to do with it, then why don't ensure parity in tax by taxing all landlords at 20% just as they only offer a 20% tax deduction for interest payments?

If fairness had anything to do with it, why don't they impose the same penalty on the richer landlords who operate as companies? Surely this isn't fair on the higher-rate taxpayers who pay 40% despite taking in far less rental income!

The only way forward is to either assign a basic-rate taxpayer partner/spouse as the beneficial owner and benefit from a 20% tax. If that isn't possible, then it's time to evict and sell.

The other oddity is that a furnished holiday let owned in your own name is treated as a business and interest can be deducted in full. So (assuming the property is of the right type) you can effectively choose whether to let it as a BTL (and not get the full deduction of interest) or as an FHL (where you do).

Reply to the comment left by Andrew Milner at 19/01/2023 - 11:30
Yes, and this is being exploited using the Serviced Accommodation route (effectively a FHL) but under AirBnB or B.com. Can you believe it, despite the ownership structure still the same, because it is shorter term rent, it suddenly gets recognised as a business with full interest relief. You couldn't make it up could you. 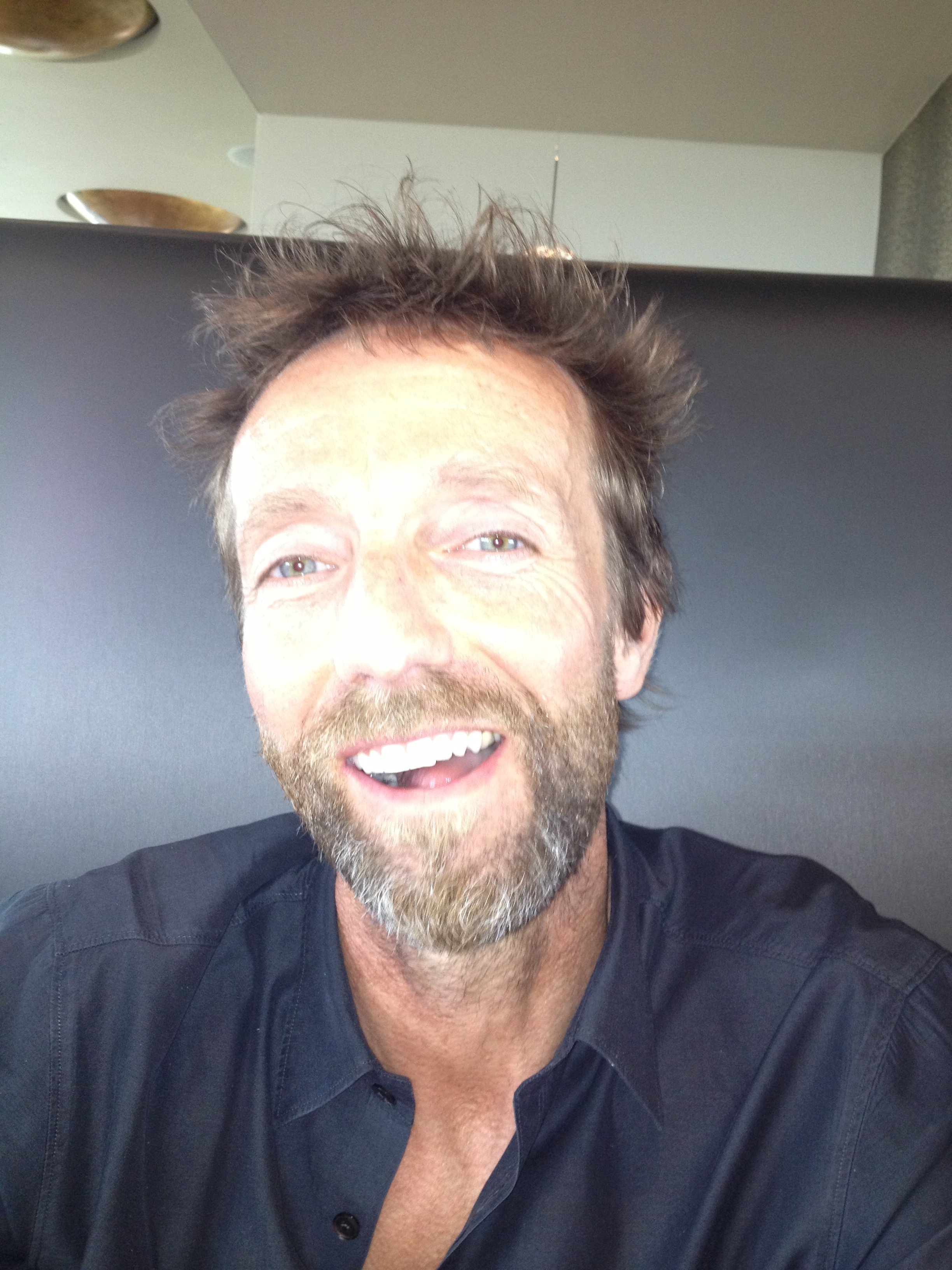 What could possibly be fair about forcing Landlords to pay more in tax than they make in profit. It targets the highly geared who were trying to build a business not the cash rich landlords who are more about investment.
The only second home owners who should be targeted by the government tax grabs are those who leave there properties empty year round especially in the cities where the need for housing is most desperate, but these are probably the same people who frequent the same private clubs as the government.

Reply to the comment left by Bryan at 19/01/2023 - 11:17
Renting out ANY property IS in reality a business, it is not a passive investment, like receiving interest or a public company dividend.

Any landlord is taking on a high degree of risk and responsibility, has to comply with a raft of legislation, has to arrange mortgages, has to, at a very minimum, appoint and pay an agent, and instruct them from time to time when there are issues. A passive investment has practically none of these risks and responsibilities. A passive investment does not need to be insured, be licenced, have gas, electrics and energy certificates, be repaired and maintained, and so on.

I have no idea who I am going to vote for this time but it won't be this crowd of crooks - I had been a conservative member and voter for over 50 years but no longer. This government is intent on destroying so much it does not matter where you look they are behind everything which is bad be it destroying the PRS introducing green policies which in most cases are rubbish but cost everyone dearly I could go on

The NRLA has recently announced that their membership has reached 100,000 so why haven’t they emailed a link to this petition to all of their members??

The best strategy for the 2023 property market 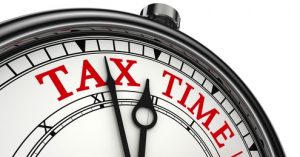 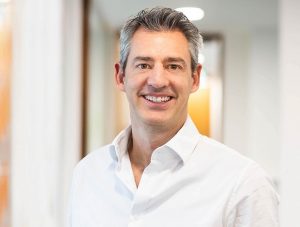