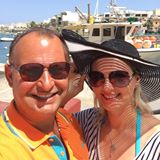 Open Letter to Philip Hammond MP – Chancellor of the Exchequer

Re: Levelling the playing field between owner occupiers and private landlords

In reference to George Osborne’s commitment to “level the playing field” on UK housing between owner occupiers and private landlords we would like to suggest the following additional steps given the dire need to create incentive for supply of additional housing of all tenures.

Mr Osborne lifted the rent a room tax allowance for owner occupiers to £7,500 per annum in his Summer 2015 Budget but appears not to have considered applying this to private landlords. Given that many landlords rent by the room, or even whole properties, it would seem logical to make the same tax incentive available to them. This would encourage them to continue to invest into the provision of new homes which would also assist the construction industry and the economy generally. We read a 2013 report on a Government website “the English Housing Survey”  which credits the private rented sector for the overwhelming majority of the increase in the number of dwellings between 1996 and 2013. At the foot of page 1. it reads: “From 1996 to 2013, the total number of dwellings in England increased steadily from 20.3 million in 1996 to 23.3 million in 2013. Much of this was due to the notable growth in private rented housing which more than doubled in size from 2.0 million to 4.5 million over this period.” Thus 2.5 million out of the 3 million increase was thanks to the PRS.  That is 83%.

We can only assume that Mr Osborne made a mistake by lowering the tax rate on capital gains for all but residential property. Please rectify this mistake and “level the playing field” by removing capital gains tax for all residential property completely. In other words, make sales of residential rental property CGT free too. This would put landlords in the same position as owner occupiers and would doubtless free up property stock, again “levelling the playing field”. Many highly leveraged landlords feel unable to exit the market and make properties available to owner occupiers due to being trapped by CGT liabilities exceeding equity in their properties.

The 20% tax rate on landlords seems fair to us because that is currently the rate of tax paid by landlords who own their rental properties in companies. However, what doesn’t seem fair is that the tax is payable before the deduction of mortgage interest expenses by landlords investing into property via a company, whereas unincorporated landlords will not be allowed to claim mortgage interest as an expense based on Mr Osborne’s policies. Naturally, this needs fixing. Also, as the rate of corporation tax reduces then so should the amount of tax payable by landlords. If this is not the case then it it seems government would be in breach EU rules designed to prevent the provision of state aid. Given Mr Osborne’s intention to “level the playing field” we are sure this must have been a genuine mistake. No harm done though, the new legislation doesn’t take effect until April 2017 so you have plenty of time to get this fixed.

With all the political turmoil over Brexit the UK is desperate for both stability and increased housing provision. We have always been a nation reliant upon immigration and that is set to continue.

The last thing the UK needs is to create negative equity traps for homeowners and/or to worsen the housing crisis!

We are aware that increased housing provision is high on the agenda for our new Prime Minister. She appears to be genuinely interested to support the working classes who desperately need quality housing for job mobility. The private rented sector is the UK’s largest provider of this. To encourage more housing provision, property developers need a market to sell their new properties to. Private landlords are the key to this market and must be encouraged. On that basis, and to continue in the spirit of “levelling the playing field”, the 3% extra SDLT charged to those who own more than one property also needs to be scrapped.

We trust you will concur the above suggestions are both logical and fair?

PS – having been private housing providers for a period spanning four decades (commencing 1989) we have decided to begin selling our properties to owner occupiers. Not one of our tenants is in a position to buy, hence we are selling as they are naturally vacated. To escape CGT on gains made prior to April 2015, and partly for lifestyle purposes, we have emigrated to Malta. A welcome side effect of this, as well as the weather and wonderful Mediterranean lifestyle, has been the reduced tax we pay on dividend income from our other business interests. This just doesn’t seem right though!

The mind boggling ill conceived, retrospective section24 mortgage interest relief changes have meant the country has lost another wealth creator and housing provider when it should be all hands to the pumps! 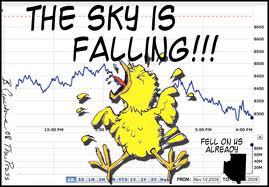 Mark - I think your letter is excellent and so I have shared on FB, Twitter (not Reddit as I don't have/do that ) and LinkedIn ... but the Google+ link links over to the Tax Efficiency article rather than your Open Letter - is that correct?

I have no idea why Google plus did that.

Thank you for sharing 🙂
.

Can you fix it Bob?

I know how, but I don't have the tools. They are all in Parliament LOL
.

Social housing provision is going to be reduced further by the Right to Buy from Housing Associations.

In addition to your suggestions they should remove the penalties for those who rent social housing so that they can offer spare rooms to rent because they are short of smaller homes and many people have more rooms that they don't need and could do with the extra cash.

In addition to the overt taxation of landlords we all need to remember that there is also the hidden taxation in the form of more licensing, which most councils are now using to raise funds. A licence in Birmingham will add £1,150 to the landlords overheads before he meets any additional costs relating to extras conditions attached to the licence and even a renewal costs £850.

If I write another letter to him these will also be used.

I urge ALL landlords to write to him. As a lone voice I'm unlikely to be heard.
.

Very good. He seems to think we're not a business, so he says we're not allowed to claim our mortgage interest expense.
Yet he then wants us to be a business to pay CGT. Der.... These people don't live in the real world & a lot of 'em ain't had a proper job.

"To escape CGT on gains made prior to April 2015, and partly for lifestyle purposes, we have emigrated to Malta."

I understand that you have to report any property sales to the HMRC within 30 days of the sale of any UK residential property - have they queried your non-resident tax status at all?

I only ask, because HMRC have a non-resident CGT calculator and while I have played around it with it, it does not seem to exclude CGT for gains pre-2015. I may be misunderstanding it, because I know that gains pre-April 2015 are not liable for income tax for non-residents.

Yes I am aware of the requirement for non-residents to declare capital gains with 30 days.

I became a resident of Malta on 24th Feb this year and only completed my first sale yesterday so it is too early to answer your other question yet. By all means remind me in a few months time.

I have another sale ready to exchange this coming week which should complete next month, one at early contract stages and another two on the market.

My accountants are happy that I will not be required to pay CGT on gains made before April 2015 though if that answers your question?
.