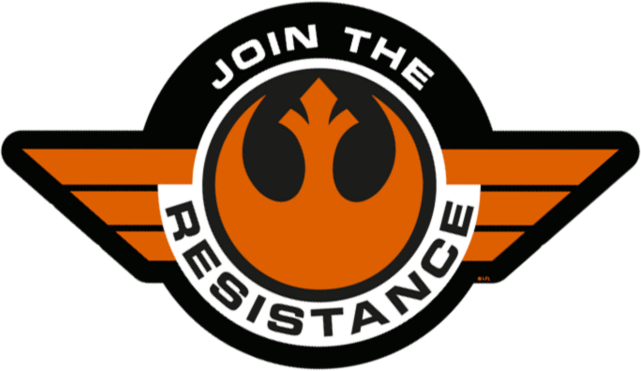 It’s all well and good moaning about headlines like the one above and the bias of anti landlord media which leads to increased legislation and higher taxes but what are we doing about it?

Ah yes, we are going to pass on all the costs to our tenants because they should foot the bill – right?

Erm, are we not missing the point here?

Where is the resistance moment?

Who is fighting for landlords?

For good or for bad, landlords haven’t really organised themselves very well – as a journalist, my perception is that the two main landlord organisations, for example, often seem more determined to score points off each other than really defend the sector. They don’t put the effort, focus or resources into getting their message across to the wider public that some of the industry’s opponents do.

By contrast, organisations like Shelter, Citizens Advice and so on are more focused and successful, at least sometimes, at getting their messages across. When these organisations say things, journalists can’t ignore them – but the inadequacy of organisations on behalf of landlords can make it appear as if it’s one-sided.”

This pretty much sums up how most of of think doesn’t it?

The question is; what are we going to do about it?

Are we going to bury our heads in the sands and hope it all goes away?

Not on my watch!

To mount an resistance movement we need funding though. Not to buy guns and bombs of course, all we really need is a few thousand landlords to chip in £10 a month each and we can employ a small army of gladiators in suits. Press agencies who have the high level contacts with the media so that we can respond to articles and get the benefits of a healthy private rented sector back onto the front pages of the media. It may take a while just to persuade the media to report our views and to invite us to respond or quote our opposing views in their articles, which are otherwise anti-landlord and biased, however, if we don’t start we will never complete the task and things will only get worse.

When have you ever seen one of the landlord trade bodies ever quote the opinions of their rivals on issues affecting landlords?

When we have enough contributors to start the PR process we all know we need, rest assured, we will be asking our media agency contacts to seek commentary from the NLA, RLA, DPS, TDS, MyDeposits, ARLA, NALS, SAFEagent and many more organisations when preparing our press releases and responses to articles written by our true opponents. We are not precious about pure self promotion, which is why we want any commentary we put into the media to consider the views of all the key bodies reliant upon a healthy PRS.

So where do YOU fit in?

Chances are, regardless of how strongly you might feel about improving the media reporting of the private rented sector, you probably can’t afford to pay for a full time media agency. However, you can probably afford to chip in £10 a month and find the time to persuade another 5 or 6 landlords to do the same. If we all do that a powerful resistance movement will be born in no time at all.

So are you with us?

Please become a member of Property118 Action Group. The various member options can be viewed by clicking

Personally, I think we should squeeze out RLA...they are a complete shower! But I know you said before, Mark, that you thought they had their place.

And here's an example of what vwe have to contend with ...

@property118 LL's will try to suck the good out of just about anything- rubbing hands at rent increases.Parasites.https://t.co/klXxLCsm0i

Rogue landlords should be jailed but guess what, they can't do anything with them as there is nowhere to put their unfortunate tenants so they are allowed to continue un challenged.

They get more publicity than the good landlords which are the vast majority - same olld story though good stories about good landlords wont sell papers and that is all they are interested in: headlines!

I agree that paying the newspapers to further our cause (despite my hate for them) is probably the only way to get our story out there. It's a sad old world!

What is a rogue landlord though?

Some authorities would say it is somebody who has committed a criminal offence. However, what if that offence is not knowing they were in a selective licensing area and they hadn't purchased a licence? What if they failed to spot that one of their tenants is an illegal immigrant and gave them a fake passport?

The ones that are blatantly breaking the rules and paying no tax on their ill gotten gains. The ones who convert a 2 bed into an 8 bed yet don't follow HMO rules or have it licenced.... Those that don't register as landlords and get away with everything we can't get away with! Those you see on the telly that get a slap on the wrist and told to sort it out but don't.

If some landlords were fined properly or even jailed an example would be set and a others less likely to follow in their steps.

Registration is a big con created only to collect money for the coffers..... (In my area anyway) have had the council track me down for a flood weeks after the event saying they couldn't find me and they eventually got my name through the police? Why didn't they just check their landlord registration files!

Anyone else selling up? I have evicted three people on benefits because their benefits were not getting paid and still have the three flats empty not knowing whether it is viable to let again or not!

Yes I know the type you mean; criminals masquarading as landlords. The type of people who rent beds in sheds and cram as many people as possible into property where they lay head to toe on mattresses on the floor.

The thing is; the Councils have powers to shut these places down already.

I also love what Manchester are doing in terms of compulsory purchasing properties from the worst offenders. I just hope this power doesn't go to their heads and get abused.

I'm not selling up but I am gradually downsizing my portfolio for personal reasons.

Eviction due to landlord not paying the mortgage?