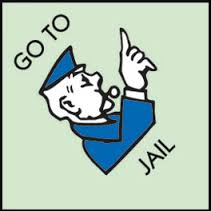 Regular readers of Property 118, will be no doubt familiar with the many failures by Liverpool Council with respect to their Landlord licensing revenue raising sham.

Firstly the lies peddled alleging that the entire city was an area of low demand. The scheme introduced on the back of this blatant falsehood, then fell foul of Data protection laws and had to be redrafted to comply with an ICO directive. I then brought it to the attention of stakeholders, that the Council ASB condition was illegal and in breach of the de-regulation act.

The scheme had to be redrafted once again.

Now a new issue. Liverpool are issuing draft licences as the Housing act 2004 directs. The act is clear the draft should be a copy of the actual licence, reflect the main terms of the licence. There then is an interval, before the actual licence is issued, and this period allows landlords to make representations rejecting the licence or seeking to amend it. A landlord might want to object to the issue date, perhaps it might not reflect his period of ownership for example.

The undated drafts are in effect useless and do not comply with the provisions of the act, are not copies of licences to be issued, and in contravention of the act deny a landlord the opportunity to make representations about the inception date of his licence.

These cowboys are beyond belief. They now are threatening to cancel applications of landlords who have assisted them by pointing out this fatal flaw. I say fatal because if the drafts do not comply, any subsequent licence issued is void.

How may of these flawed drafts have been churned out to date?

What about the Co regulators who defended the flawed section 21 ASB condition, until it became abundantly clear their position standing solidly along side their Council partners, was untenable. It is a sorry state of affairs when bodies which purport to represent Landlords stand aside, and allow Authorities like Liverpool to push forward issuing documentation which would not stand scrutiny in an serious legal forum.

Thousand of landlords in Liverpool now have licences issued on the back of invalid drafts, rendering their licences void.

Will Liverpool quickly acknowledge this mess and re issue compliant drafts ?.

This will not happen as they will only become compliant if we as landlords force the issue, otherwise they will carry on issuing illegal drafts and licences as this is not important.

What is important however is all of that lovely cash that this bankrupt Authority is hovering up from law abiding tax payers. 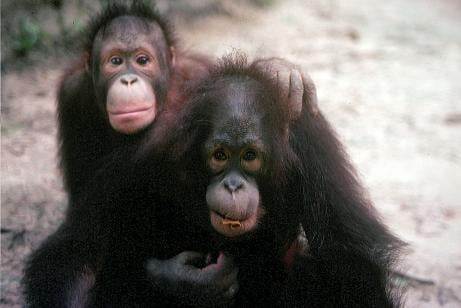 A colleague of mine has been threatened with having his multiple applications cancelled, despite being one of the first to register and having paid half the licence fee already. He has also challenged them on their undated draft licences, but weak authority does not like to be challenged and uses threats and intimidation where it has no reasonable response to a reasonable question.

Another landlord friend who received his drafts early on has shown me that his ARE dated - what a mix up - surely this is rank discrimination as the early recipients had the opportunity to make representations under the Housing Act 2004, but now Liverpool have taken that ability away.

Yes Paul.
Liverpool have excelled. They have in effect introduced a two tier system and bypassed the Housing act. Landlords in tier one get compliant copies with the terms, including the start date thus allowing them the opportunity to query this date if they wish.
Landlords in the second group have undated pieces of rubbish foisted on them, denying them the right to make representations and threatened with prosecution if they dare question this blatant illegality. As you say "Good old Liverpool"

Regarding Liverpool Council, people may be ammused (although god pity those poor souls who have to fill all those pages) to know that the licence application for HMO's in liverpool runs to around 40 pages LOL. I dont know why HMO's get a bad rep I mean its not like the property has suddenly changed or anything.

' Co-ordination, and joint attack ' are the key ingredients to tackle and make an example of Liverpool Council - and also the Government - highlighting that Liverpool is just another one of the poor, excessively draconian, unwarranted attacks on Landlords. Lets not forget it was awefully drafted legislation that enabled councils to wholesale raid Landlords on the back of spurious Anti-social behaviour. Should politicians not be asked for evidence of how the licensing has tackled ASB ? - FOI request to .Gov maybe ?
If every Landlord in Liverpool could be contacted and asked to contribute to a legal fighting fund ( is there not scope for the Landlords Union to recruit massive amounts of new members here and get some good publicity, in co-ordinating this. ?
It would surely not be a large contribution from every Liverpool landlord who has already paid out [ multiples of ] £500 to fund a solicitors challenge.
Perhaps it would also highlight - shame the landlord organisations who haven't taken such or sufficient action to address this. ?

Hi Chris,
Thanks for your input. Unfortunately we are out of time for a Judicial review. There are however other courses of action we can take. As explained these rogues have in effect introduced a two tier system in Liverpool. Every Landlord should review their undated drafts contact the useless Council and demand a refund. They have been discriminated against as the first group did get dated drafts and thus the opportunity to make reps re the date.
Landlords should refuse entry for inspections as the licences will be flawed if drafts are non compliant.
Landlords in Liverpool need to send hundreds of emails to the Housing minister demanding that this flawed scheme be scrapped and Liverpool return to square one. Unfortunately Chris Landlords simply cant be bothered. thus the Council know that they can in effect foist anything on willing victims. If I alone can hold Liverpool to account, Imagine 200 0r 300 Landlords acting in unison and standing up to these tax wasting zealots.

This fiasco gets is even worse than I imagined. I now have concrete proof that LCC secretly operated a two tier scheme. The early applicants received legally compliant draft licences and therefore the actual licences are valid. However unknown to the general public ,the Council changed the process and now have issued thousands of illegal drafts and subsequent licences , discriminating against this second group of landlords by blatantly denying them the right to make representations re the start date. Which scheme is legal. The first one obviously .
What on earth are LCC doing. I call for an Immediate investigation and the closure of this sham project.

Thanks for this Larry, i too have had bullying and intimidation from the council despite applying for our licenses in April 2015 and am still without despite us wanting them!

Just out of interest how many landlords that have property in Liverpool are on 118?

Hi Danny, I have properties in Liverpool but only registered on 118 yesterday. I registered to throw my weight behind Larry and the other landlords who are in dispute over these licenses. I just need some clarification about my position before emailing LCC, I am not apathetic about our position!

I've given up on this council, it's simply revenue raising, the scheme is an expensive sham.

I am being threatened by solicitor using the housing disrepair protocol?

Can landlords let out rooms on airbnb without tenants' knowledge or permission?