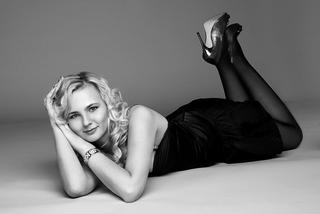 Thinking about Legacy Protection as I’m getting married next month :)

I will get around to talking about legacy protection in this article but first I want to set the scene by sharing my very happy news with you.

I’m getting married next month!

The picture to the left is of my wife to be, Svetlana. It was taken two years ago by her brother in law for a photography competition which he won with this picture. We’re off to Florida for a beach wedding and honeymoon, the big day is October 12th and we are getting married at 12:10 – therefore, 12:10 on 12/10/2012. I should just about be able to remember that 🙂

Just a small group of four couples including my parents will be joining us for our special day, Svetlana’s 19 year old son and his girlfriend (who will be bridesmaid) and two of our best friends Paul and Lisa Spriggins. Paul will be my best man.

We met on a train from London back to Norwich, Svetlana had been to a job fair as she was looking for a new position as a management accountant having just graduated from the University Of East Anglia with a Masters degree in International Business Finance and Economics. Svetlana is now a management accountant with an international cardboard manufacturer – at least that’s what she tells us! My friends reckon she’s a secret KGB sleeper agent as she has both a British and a Russian passport LOL.

Anyhow, you’re probably wondering why I’m telling you this. Well apart from being absolutely delighted that Svetlana and I are getting married and being so proud of her son, who is studying computer sciences at Greenwich University, I also wanted to write an article about legacy protection as it’s very valid given the changes and new commitments we are taking on.

Our previous divorces obviously rendered our Wills invalid so clearly we needed to sort out new ones.

Here’s an amazing fact for you – 70% of landlords haven’t made a Will, let alone kept them updated. Startling isn’t it? I talk to so many wealthy property owners who say, “yes I’ve been meaning to do that for ages” but for whatever reason they don’t seem to get around to it. Perhaps it’s because none of us like to think of death? Perhaps I’m a bit weird thinking about it at such a happy time in my life? I like to think I’m being responsible and sensible though.

You can get a Will for free on the internet these days and I’m sure that for the average Joe they are better than not having one at all, however, for a landlord I think it’s worth spending a bit extra and getting professional advice.

The firm I used came to see us at home and discussed every possible eventuality. We actually arranged our Wills a while back when we first got engaged. What’s prompted me to write this article today is that somebody told me this weekend that our Wills might be invalid when we get married. I had a vague recollection of discussing that at the meeting when we made our new Wills so I called the firm that sorted everything out for us. They reminded me that we had raised that issue in our meeting and that the Wills we had made had been drafted to cover that we were planning to get married. They also reminded me that the Wills had been drafted to take account of the fact we might have more children. Before you ask, more little Alexander’s are not planned. I already have a 20 year old daughter and Svetlana has a 19 year old son so we’re done with our parenting days and intend to enjoy our freedom until grandchildren come along. When that happens we may well want to amend our Wills but that’s all included in the package we purchased. We also arranged Lasting Powers of Attorney so that certain decisions can be made by our closest friends and family as opposed to a Civil Servant working for the Office of the Public Guardian if we are ever unable to make our own decisions. Did you know that without Lasting Powers of Attorney in place your friends and family (not even your husband or wife) can not make decisions on your behalf if you are not capable of doing so yourself? Imagine what that could do to your property portfolio! Just imagine that some civil servant decides that the best thing to do is to sell your entire portfolio whilst you are recovering from an illness such as a stroke, even though your friends and family completely disagree! Scary stuff!!!

Anyhow, Svetlana and I are part of the 30% who have made the necessary arrangements to protect our legacy and we can now get on with enjoying our wedding, honeymoon and lives together.

If you haven’t sorted your own legacy protection DO IT NOW!

The company I recommend are IFA’s and are part of the Personal Touch Financial Services Network. They are also members of the Society of Will Writers and Estate Planning Practitioners. The Directors of the business are landlords themselves and I’ve referred lots of business to them because I know they understand how landlords think. They will not recommend anything to you which could stitch you up in terms of refinancing at a later date for example.  You can visit them at their offices in Colchester or London if you wish but they are also happy to visit you in your own home, no matter where you are based in the UK.

If you would like me to pass on your details and ask them to make contact with you to arrange an appointment please complete the form below. It’s also incredibly important for you to make sure you have considered inheritance tax, especially on life insurance as this can easily be avoided simply by writing policies into trust. The firm I recommend can arrange this for you too.

D is a bad letter to encounter in life. Death, Disability, Divorce and Debt. Nothing some legal work cant resolve, who needs medicine!

i was wondering about that oversized grin you sport on your picture.

As I said in the article Cosmo, we both have children old enough to make us grandparents so until then we for now we are planning to enjoy our freedom

Warmest congratulations, I wish you both every happiness and good fortune, It amazes me to hear so many potentially wealthy people have not made a will and kept it up to date- they must be living in cloud cuckoo land. Relatively few of us will live much beyond our nineties, with quite a number not reaching even that milestone. I have a long living family history, but still made my first will in my twenties. It has necessarily changed over the intervening time, with changes in circumstances,family and fortune. I shall continue to have it updated regularly, as I have no desire for more than a relatively modest amount of what I consider to have been hard earned money going unnecessarily in IHT. Do many appreciate that gifts left to a charity come off the top line before IHT is calculated?

Both my partner and I have children from our 1st marrage. If I were to leave my portfolio to my new
partner, which is what I wish, on her death my portolio would end up with her children and mine would have to whistle ????

There are ways around this, one example is using Will trusts. I suggest you take professional advice.

Thank you for your kind words and supportive comments John 🙂

Good to see Mrs Alexander (to be?) has got her priorities right. Just a piece of advice when marrying east.. You should always test whether the marriage would be agreed to without the will in place first. Never learn. lol. The big question is with any Russian lady, will they turn out to be Tatiana Romanova or Rosa Kleb. From Gerald with love. (or is that Russia).

Oh yes, that aside. Congratualtions!