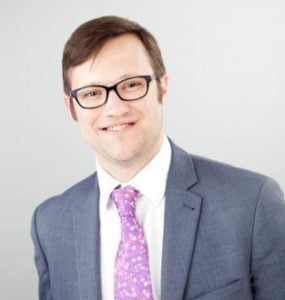 Government warned: rental reforms are a charter for anti-social behaviour

The government’s plans for reforming the private rental sector will become a charter for anti-social behaviour without urgent changes, MPs have been warned.

The warning was made by Ben Beadle, the chief executive of the National Residential Landlords’ Association (NRLA), as he appeared before MPs on the Levelling Up, Housing and Communities Select Committee.

The latest data shows that around a third (32%) of landlords asking a tenant to leave a property had done so because their tenant had engaged in anti-social behaviour.

Landlords will be reliant on convictions

Now, the NRLA says that under government plans to end Section 21 repossessions, landlords will be reliant on convictions if they are to have certainty about tackling problem tenants.

However, recent polling indicates that the public have little faith in the ability of the police and councils to tackle anti-social behaviour.

According to the Tony Blair Institute for Global Change, of those who experienced anti-social behaviour in the last year, just a quarter (26%) reported it to the police or local authorities.

Only 41% of these respondents were satisfied with the way in which their matter was addressed by these institutions.

84% of landlords had received no assistance from their local authority

A survey of almost 3,500 landlords and letting agents by the NRLA has found that of those who had served a notice to a tenant due to anti-social behaviour, 84% had received no assistance from their local authority – and 75% said they had received no help from the police.

Without urgent changes to the government’s planned reforms, the NRLA warns that it will become more difficult to tackle behaviour that blights the lives of neighbours and fellow tenants.

The NRLA is now calling for the implementation in full of the Victims’ Commissioner report on anti-social behaviour.

Mr Beadle speaking at the Levelling Up, Housing and Communities Select Committee.

Alongside this, the police and local authorities should be required to check the planned property portal when tackling nightmare tenants and work closely with landlords to take swift action against them.

The courts should also prioritise possession cases brought because of such behaviour.

Ben Beadle said: “Anti-social behaviour blights the lives of fellow tenants, neighbours and communities alike. It is vital that it is tackled swiftly wherever it is found.

“The Government’s proposals simply do not achieve this, and we are calling on new Ministers to look again at the plans.

“Without change the reforms will become a charter for anti-social behaviour.”

Urgent need for reforms to the court system

Addressing the Committee, Mr Beadle also raised concerns about the damage that the government’s proposals will do to the student housing market and the urgent need for reforms to the court system.

Scrapping Section 21 will lead to more possession cases ending up in the courts and at present they are simply not processing legitimate cases swiftly enough.

Mr Beadle also warned the Committee that unless the reforms had the confidence of responsible landlords it would be tenants that suffer as the supply crisis in the rental market worsens.

The simple answer is that if the anti-social tenant must "have his day in court" the victims of bad behaviour will just have to suck it up. Their interests and well-being must be sacrificed to his for the sake of "fairness".
The situation will be even worse in HMOs: https://www.property118.com/renters-reform-white-paper-not-fit-for-purpose-when-it-comes-to-hmos/
I hope Ben Beadle got the points across though whether anyone was listening...

Reply to the comment left by Dylan Morris at 06/09/2022 - 21:37At present the evidential bar for S8.G14 possession is too high, effectively requiring criminal case levels of proof, when this is a civil matter and should therefore be subject to the requirement for "beyond the balance of probability"
The tenant is welcome to their day in court but forcing those whose lives have been blighted while waiting for the case to be heard are those denied justice.
iHowz continue to demand that S21 be retained until any S8. G14 amendments have had time to be proven to work effectively in the courts.
https://ihowz.uk/the-unintended-consequences-of-losing-the-section-21-notice/
Why should decent, law-abiding fellow tenants and neighbours (and landlords) be forced to put themselves at risk while waiting for the offenders to be dealt with by the criminal justice system before the courts will consider evicting those who blight their lives?.
iHowz will be making their case to the DLUHC when we meet with them on 27 September.

"iHowz continue to demand that S21 be retained until any S8. G14 amendments have had time to be proven to work effectively in the courts."
Rod, as you know I have a particular concern about HMOs. It is bad enough waiting to see if the nasty neighbour loses in court. Many people in HMOs will not want to live under the same roof for months, even if it is clear the wrongdoer will eventually lose on s8 grounds. They may be fearful he will take it out on the person who gave evidence against him or at the very least make their life miserable in the meantime.
The victim will most likely give notice to leave and then be unwilling to give evidence. Will landlords have to subpoena their ex-tenants?
The Minister may decide to abolish s21 in all cases but please, please get the message across that in some cases he will be trading the rights of the victim for those of the bully.

We note that various other organisations appear to have realised the naïvety of relying on the Government's claims that the loss of S21 will be covered under the new S8 grounds.

iHowz have always campaigned for the retention of S21 and highlighted the benefit of a no reason given process which provides certainty of possession without the need to apportion blame.

We agree that keeping miscreants in situ while they blight the lives of those around them, effectively rewards their behaviour, leaving the innocent to suffer or search for a new home.

In his evidence to the Select Committee, Ben Beadle highlighted the fact that S21 evictions have fallen 50% over the last 3 years. While it is likely that the pandemic restriction played a part, the fall would also have been due to the various restrictions on serving S21, such as providing compliance documentation to tenants and anti-retaliatory action.

Speedy implementation of a property portal where compliance documents are readily to tenants and regulators, combined with public access to rogue registers and better enforcement, would further reduce indiscriminate use of S21 by driving out the minority of landlords and agents who continue to ignore their obligations.

Are you thinking of selling up after Sturgeon's Rent Freeze? 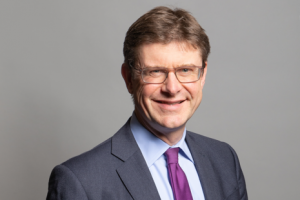 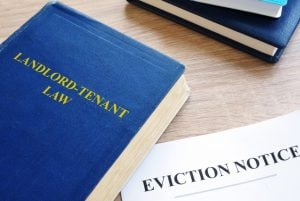