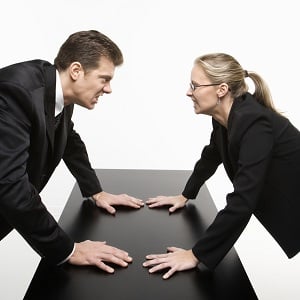 I entered a contract with Sheppards Bush Housing Association “SBHA” for three years at agreed rent of £310 per week.

They knew I was going aboard.

I checked with Ealing Council and they confirmed that the rent for my property would be £310.

I borrowed money to do a lot of work that they required on the property. They promised monthly visits and given I used to work in Homeless Person Unit “HPU” for Ealing Council I knew this to be important.

In October 2009 I signed the contract and returned it to SBHA. I received a confirmation offer letter in October 2009.

I handed the property over in early November 2009 and left the country on the 19th November.

In December SBHA wrote to me saying that they had to reduce the rent as Ealing Council would not pay £310 per week. I checked with the council and they told me if I went with them they would pay £310 but I was in a remote part of India and I needed my loans and mortgage covered, so I agreed under pressure to accept the new rent of £250 per week.

There were no monthly visits and two years into the contract the tenant complained of excess mould in the flat. I sent in a surveyor to have a look and he found a leak under the bath that had been going on for some time, he said about six months. It caused extensive damage. Repairs cost me over £1,500 and I am not sure of the long term damage.

My insurance did not cover me as I could not prove when the leak started. The tenant said the floor in the bathroom did turn black but she thought nothing of it. Monthly checks would have found this.

When the tenant left the property I was presented with a flat needing over £5,000 worth of repairs.

The tenant had not cleaned the flat and there was excessive scale on the tiles in the bathroom. The wooden floor in the kitchen had come up in places around the fridge. The tenant did not report this as a repair and threw away the wooden blocks so that it could not be repaired. The bathroom panel was rotten due to water flowing over it from the shower and so on. The tenant had removed the carpets in the living room. She had replaced the vinyl in the bathroom but not sealed it in etc. etc. etc.

The basis of the agreement with SBHA was that any tenant damage would be paid for, that was their reason for not offering a deposit. However, repairs are my responsibility.

Because of the reduction in rent I did not have the money to pay for the repairs and they threatened me with a rent stop. If they stopped the rent I would have defaulted on my mortgage and loans. Rather then having money saved up which I would have had under the original agreement I struggled. I had to fly back from China and do the works myself. After many letters they have now decided that they will look at my case again.

Were does one stand in a case like this were one side says damage and the other says fair wear and tear?

Your comments will be greatly appreciated.

Did you have a professional inventory done on check in and check out?

If you did, this should help you if you need the dispute to be settled in a Small Claims Court.

Yes I did have a inventory done and I took lots of photo's of the state of the flat and the condition that SBHA insisted that I handed it over in. I also have lots of photos pof the flat after the tenant left

Hi David - in that case I'd suggest taking the dispute to the small claims court. It's very easy do do online these days. Appearance on the day might be a stumbling block for you though if you are in China.