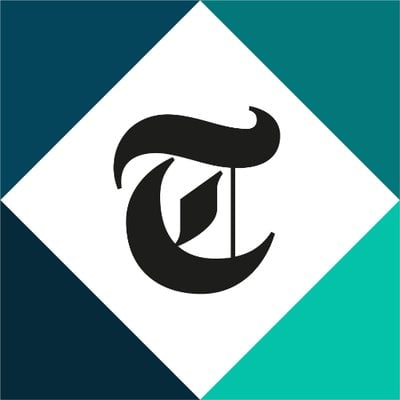 An article was published in the Daily Telegraph that resurrects the idea the Conservatives should introduce a new Right to Buy from private landlords in their manifesto. It’s not unknown for articles to be floated in the DT to test for a public reaction, and the timing now may not be coincidence. If you’re as concerned as I am, please contact your Conservative Party candidate – if it is being discussed, some quick feedback might put them off.

For those who haven’t seen the article, full text is here:

“Britain has a housing crisis. In the exaggeration of our times, it might even be called an “emergency”. Yet the Tories appear to have few coherent answers and, as on much else beyond Brexit, are in danger of being outmanoeuvred by the apparatchiks of Corbyn’s Labour.
For those who know anything about the political economy, Labour’s economic and industrial agenda is a horror story of Hugo Chavez-like proportions – one that would replace the market with a state-controlled alternative, where politicians, not market forces, determine allocation and distribution of capital.

Commentators have tended to focus their condemnation on the fiscal profligacy of Labour’s plans, but this is by no means the chief concern; the Tories too are promising big increases in state-directed capital spending.

Corbyn’s magic money tree is nonetheless qualitatively very different and much more dangerous, with virtually everything, including pricing mechanisms and capital flows, becoming beholden to the political foibles of the planned economy. All such experiments to date have ended in disaster. On the 30th anniversary of the fall of the Berlin Wall, voters should need no reminding.

Even five years ago, it would be hard to imagine anything more than marginal electoral support for such an agenda. Yet the collective madness of Brexit has so inflamed passions, alienating large parts of the traditional Tory vote, that there is an outside chance it might sneak through, via the backdoor as it were. There is also no denying that Labour populism seductively taps into a rich seam of contemporary discontents. Astonishingly, Labour has even managed to hijack some potentially very popular ideas from the Right.
Extension of right to buy – one of the most successful policies of the Thatcherite era – to tenants of private landlords is one such policy. Done the correct way, this could be a real vote-winner, as the Centre for Policy Studies (CPS) explained in a well argued paper – Right to Own – a year ago. Variations of the CPS proposals have long been under consideration in the No 10 Policy unit but, like so much else eclipsed by Brexit, have failed to see the light of day.

A little background. The idea that Britain still has high levels of home ownership is a myth. At 64 per cent of households, the UK ranks a lowly 44th in the world and is fourth from the bottom in the EU. It was not always thus. Home ownership peaked at nearly 70 per cent in 2003, and but for a marginal uptick in the past year or two has been falling ever since.

The deterioration has been particularly acute among younger voters, or “generation rent” as they like to call themselves. In the 25-to-34 age bracket, home ownership plummeted to just 27 per cent in 2016, from 65 per cent two decades earlier. Since as a generalisation home owners tend to vote Tory but tenants Labour, this ought to be a matter of extreme concern to Conservative strategists.

According to analysis by Alex Morton, head of policy at the CPS, the problem was essentially created by Labour; by his estimation, incentives worth a staggering £220 billion for multi-home ownership were inadvertently provided via the pensions and mortgage interest relief systems across the Blair/Brown years.

Morton’s insight is that the problem is less that of inadequate social housing – the UK has one of the highest rates of social housing in the EU – but rather that those who would once have been natural home owners found themselves priced out of the market by heavily subsidised buy-to-let landlords. Low interest rates and heavy-handed mortgage regulation have compounded the barriers to home ownership.

Bold corrective action is both a moral and political imperative.

Home ownership is at the very core of small “c” conservatism, providing a store of value as well as a sense of belonging and security; it builds a strong work ethic, and it promotes better care of property and the immediate environment.

Obliging private landlords to sell at a discount to tenants would of course be a form of expropriation that no Tory government could support. Even the shadow chancellor, John McDonnell, seems to have recognised that it would likely, and rightly, be judged illegal by the courts. But there is nothing to stop the Government incentivising such a transfer in ownership, by for instance discounting the capital gains tax liability so that landlords don’t lose out.

Unfortunately, Labour is in a much better position to promote this form of sale than the Tories, if only because it loses no votes by taking a big stick to landlords. By imposing rent controls and significantly raising capital gains tax, it could substantially increase the incentives to sell to tenants.

Be that as it may, the Tories need quickly to climb aboard with “right to own” policies. The Government has already potentially deprived itself of votes by failing to carry out a manifesto commitment to extend the right to buy to England’s million-plus housing association tenants. Letdowns like this will not be forgotten on December 12.”

The Telegraph article is statistical crap. We have heard this false narrative before; namely that owner-occupancy is too small and the PRS has been allowed to grow way too large. It is dangerous because it is used by both the left and right to argue for ever greater controls and taxes on the PRS. We MUST counter it. So, let's look at the numbers.

The average owner-occupancy rate across the 28 EU member states is 69% (compared to the UK 64%). But it is crucial to understand that the countries that tend to have very high rates of owner occupation in the EU (and in the rest of the world generally) and which greatly skew this average are; (a) poor countries and; (b) have virtually no social housing.

So no surprise that Romania tops the EU owner occupancy list at 96%! At the other end of the owner occupancy sector is mighty Germany at 45 %. So let's not get it into our heads that high levels of owner occupancy are necessarily something to shout about. In truth, comparing the likes of Romania, Bulgaria etc and their truly wonderful housing, against the Western European nations is pretty meaningless.

So, let's get a more meaningful comparison of UK owner occupancy levels (64%) by comparing them to the wealthier EU member states:

So, as you can see, UK owner occupancy levels are, if anything, on the high side compared to other wealthier EU nations.

Now, more crucially, let's look at the private rental sectors within the EU. Once again we see a familiar story. By comparison with wealthier EU nations, the UK PRS (19%) is, if anything, on the SMALLER side:

The final segment is the social rented sector, which, believe it or not is actually quite large in the UK (I think about the 4th largest across the EU.) Only the Netherlands is much larger (which is why it has a correspondingly small PRS).

CONCLUSION: by comparing UK owner occupancy levels and PRS levels to other wealthier EU countries, the UK housing system is seen to have an entirely NORMAL balance of tenure. If anything, owner-occupancy is larger than normal and the PRS is smaller than normal in the UK. Therefore, this is NO argument based on comparative analysis around the EU, to suggest that policy intervention is needed to "correct" any "imbalance" in the UK. If one looks beyond the EU, one also sees a similar picture: poor countries have high owner occupancy levels, richer ones tend to have lower levels. UK PRS is small and social rented relatively large by global comparison.

I should add that the source material for my figures in the above post is the Housing Europe Review "The state of housing in the EU 2017" which seems to cite around 5 different sources by country for the data - mainly each countries' state statistical authority e.g for the UK, ONS and DCLG are cited.

Some very good comments here! Send them not to your local MP but straight to the top, the appropriate 'government' ministers, as I often do.