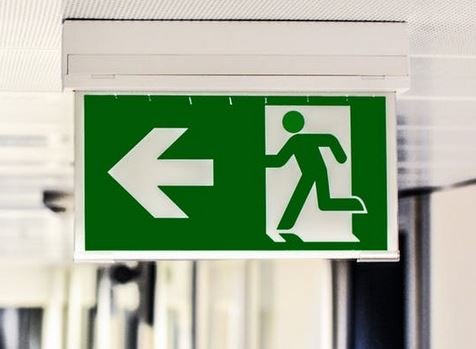 A third of British landlords could be forced to sell due to problem tenants, with unpaid rent and damage running into thousands of pounds cited as the main problems.

Nearly half 47% of landlords have had issues with tenants who don’t pay the rent on time, according to a new survey commissioned by online letting agent MakeUrMove.

A quarter of landlords have also faced large bills when tenants have left properties in a state of damage and disrepair. Many have had to pay thousands to restore their property after a tenant has moved out, with one landlord surveyed left with £16,000 of damage. Landlords say damage caused by tenants far outstrips the sum of the deposit usually taken at the start of the tenancy and held in the government-backed Deposit Protection Scheme.

This pressure is leading the majority of ‘good’ landlords, who try their best to support tenants, to feel they can’t continue to rent out their properties. The study found 98% of landlords believe it’s important to keep tenants happy and 92% have a good relationship with their tenants. Despite their best efforts, landlords are suffering when tenants don’t repay the favour, with 37% of landlords saying their biggest worry is problem tenants.

MakeUrMove managing director, Alexandra Morris, said: “60% of British landlords are ‘accidental’ or ‘casual’ landlords, meaning they only have one property and rent it out to supplement their main working income. As these landlords make up the backbone of the British property market, it’s important they feel happy to carry on letting. Stress and financial pressures caused by ‘challenging’ tenants is a sure fire way to put them off and steer them away from further investment.

“This could also be a real worry for smaller landlords when it comes to cash flow. Generally, as long the rent is coming in every month to cover mortgages and other associated costs, smaller ‘casual’ landlords don’t often plan for bigger costs caused by damage from tenants or lack of funds due to unpaid rent. As a result, when a big outlay comes around, some landlords find themselves in trouble, and there’s very little protection offered from the government against these things.”

Other issues faced by landlords include tenants breaking items and refusing to pay 26%, tenants refusing to leave at the end of their tenancy 16% and extra people living in the property who are not on the tenancy agreement 22%. The latter could even put the landlord at risk of breaching Right to Rent provisions, which may in some cases, amount to a landlord being found guilty of a criminal offence following changes to the Immigration Act 2016.

Morris added: “Legislation is currently swinging towards tenants, at the risk of undermining the vital role played by private landlords in the UK housing market. Legislation such as the proposed deposit cap could make it even harder for private landlords to deal with challenging tenants, resulting in further pressures on landlords to sell up. Whilst landlords selling their properties may appear to offer some short term benefits for buyers, it cannot deal with the systemic problems surrounding the lack of housing supply. It will also reduce supply in the rental sector, which will increase demand and likely only increase pressures on the remaining landlords to increase rents.”

We budget 1000 per house per annum for maintenance and dilapidations. It is rarely enough. Most issues are caused by careless tenants.
It is a triumph of hope over experience.

Even tenants who can pay, I was lucky the last pair left with seven weeks of rent unpaid and damge of plus £5k, the deposit is a month and a half but wont cover a third.

The issue is quite simple - there are no repercussions, or consequences for a delinquent tenant. I cannot think of any other economic activity whereby one party to a contract is supported by the system and legislation to absolve them of criminal conduct . The current weighting of the legal system encourages it. Go and steal a £10 CD from a shop and you will be cautioned by the police or you will be in front of a magistrate. Steal £10k from a landlord and you can go your merry way. Can someone explain to me why the theft of a provision of service not a criminal offence ?

Landlords operate in a very hostile environment in the UK now. This raft of anti landlord legislation is stupidity personified. My advise to landlords would be to disinvest. Pull the money out of not just the rental market but the UK. Invest in property overseas. Look for equities overseas which produce decent yields. Failing this deposit sale proceeds overseas and show these idiot legislators the door. Let them wallow in Landlord Licensing, section 24 more Rules on Section 21 than spaghetti junction . Watch them scramble about trying to resolve the massive rental shortage as you enjoy your hassle free dividends from high yielding equities outside the UK. All perfectly legal and tax compliant and no need to worry about being classified as a criminal for ticking a box incorrectly on some garbage Local authority licensing scheme.

Reply to the comment left by Chris Daniel at 10/05/2018 - 20:57
Thes figures may well be intersting.
We have tenants who owe us for dilipadations who we do not go after because the effort is greater than a recovery. These numbers will not be in the High Court numbers.

same as THE DEPOSIT PROTECTION SERVICE - I had £2,000 of repairs to address burned

/ damaged carpets / Ripped wallpaper / cleaning / ETC... All the carpets were brand new as

was the wallpaper, I put in a claim against the £495 Bond, it went to the DPS to decide, we

close up photos of before, of the damaged area they would only give us £110 for the cleaning

!!! - Who is going to take a photo of every square foot of carpet ??? Whenever we rented a

property it was refurbished clean and presentable, we seen a documentary where Bristol
council offered a premises to a young mum with black and mould on the walls and offered her £150 towards decorating, - If that had been a private landlord he would have been fined and if he did not correct it - lose his License !!! It is An Absolute Travesty of Justice - A Real Mockery of Fair Proceedings. With HMO and Renting Rules It got to a stage where I was afraid to sneeze or operate because I feared Prosecution / fines !!! - We have recently sold 4 of our properties, we no longer want to endure this nonsense, we were Landlords for 30 years and offered Good, very reasonably priced accommodation to many. We NEVER had a Fine or Prosecution. It is becoming clearly evident that the system is BIASED in favour of Tenants - And For that Reason " We're OUT "

Reply to the comment left by Larry Sweeney at 09/05/2018 - 22:46
This is what we did Larry disinvest. Pull the money out of not just the rental market but the UK. Invest in property overseas.

Reply to the comment left by Larry Sweeney at 09/05/2018 - 22:46
This Government is not Interested in Supporting A landlord who has just a few properties.

Meet the founders of the National Landlord Investment Show