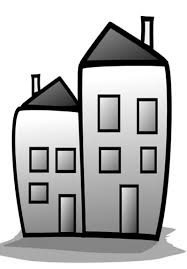 Tenants budgets feel the pinch in their accommodation costs as rents are rising faster than incomes.

Affordable accommodation in the private rental sector is becoming ever more scarce, according to new data from flat and house share website SpareRoom.co.uk, which compares the maximum tenants can afford to spend on accommodation to average room rents.

UK rents have risen by 10% since 2009, but in the same period tenants’ budgets haven’t risen at all. In fact, they’ve fallen by 0.5%, as renters struggle with historically low wage growth and the often high cost of living.

Northern Ireland has seen the slowest rental increases over the past five years (10%), yet tenants’ budgets for accommodation have dropped 5%.

The table below shows the change in monthly rents between 2009 and 2014:

The table below shows the change in tenants’ monthly budgets between 2009 and 2014:

Over the past year, Scotland and London have become the least affordable. Rents in Scotland have risen by 9.9% in the past 12 months, twice as fast as budgets (5.1%). In London, rents have increased by 5.1% while budgets have only increased by 3%. Based on the last 12 months, Wales is the most affordable – as budget increases, at 4%, are more than twice rent rises (1.7%).

The average monthly UK room rent is currently £550 31% of the average take home pay of a full-time employee.

Matt Hutchinson, director of SpareRoom.co.uk, said “what’s clear is that affordable rents are becoming ever more scarce. Many people are still struggling with the cost of living and this isn’t being helped by the fact that wage growth is the lowest since records began.

“The problem is we have a chronic shortage of housing in the areas where jobs are being created, so rents continue to rise as supply fails to meet demand. In some areas of the capital we’re seeing up to 13 people compete for every room advertised.

“The only obvious short-term solution is to encourage more homeowners to let their spare bedrooms and create supply. To do that, the Rent A Room Scheme tax-free threshold needs to be raised to act as a proper incentive. It hasn’t been increased since 1997 and rents have risen by 103% in that time. Not only will this benefit renters, it could stop thousands of homeowners slipping into arrears when interest rates finally rise.”

SpareRoom is currently campaigning for the Rent A Room Scheme threshold, which hasn’t been changed since 1997, to be raised to £7,500 per annum.

This also illustrates why I do not believe there is sufficient inflationary pressure from domestic demand and wages to warranty any short term interest rate rise by the Bank of England.

Lots of numbers, but what is the definition of "tenants' budgets"?

Absolutely - we're already seeing a cooling of the housing market caused by the introduction of MMR. It doesn't take much imagination to see what raising the interest rate would do, both to the housing market and the wider economy.