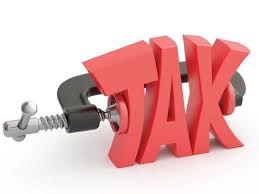 Professor Philip Booth has spoken out against the Chancellor’s latest attack on landlords in the 16th March Budget.

This is his statement:

‘The 2016 Budget was not a good Budget for tax neutrality. Once again, the abandonment of this important principle was extended in an adverse way to buy-to-let landlords. Capital gains tax was – quite rightly – reduced, but not for this group. This essentially means that the government is deliberately biasing the tax system against investment in bricks and mortar – in other words against investment in shelter for those who must rent.’

Professor Philip Booth is Professor of Finance, Public Policy and Ethics at St. Mary’s University, Twickenham. At the Treasury Select Committee on the 2015 Summer Budget he stated that the tax grab against private landlords ‘didn’t make sense,’ later adding:

‘To put it quite bluntly, this is an elementary undergraduate public finance error that should not be made in the Treasury.’

At the same Treasury Select Committee, Paul Johnson, of the Institute of Fiscal Studies stated it was ‘plain wrong’ to prevent one business sector from offsetting the costs of producing taxable profit.

In the face of this seemingly relentless attack on landlords by George Osborne, we as landlords are no longer passively accepting our fate. Negotiations by major landlord bodies appear to have got nowhere, so legal action is imperative.

And since part of the legal case concerns the discriminatory nature of the Government’s actions against us as landlords, this latest outrageous exclusion of landlords and treatment of us as the only business not to benefit from the CGT reductions can surely only strengthen our case.

I agree this is a clear unambiguous targeting of one group.

Yes, Neil. And what makes it even more unambiguous is that at the same time that the 'small guy' is being punished for committing the crime of providing essential housing, institutions are being feted, promoted and incentivised to 'build to rent.' It is perverse and wrong.

In Cardiff new institutional student lets have just been built with unaffordable, all-inclusive rents of £250 per week (what student can afford that?), compared to around £350 per month for the same all-inclusive deal with more traditional private lets. Why should the former enjoy a tax advantage over the latter? This is at a time when the term 'affordable rents' is being bandied about all the time.

The Government is trying to drive us out of the market to create a monopoly for their pals and this is going to be devastating financially for students, meaning they will go into far greater debt and it will take far longer for them ever to be able to buy their own home - so the idea that attacking private landlords will favour home-ownership is a nonsense.

Of course, as we know, incredibly and disgracefully, many of these institutions are donors to the Conservative Party.

I don’t think that Section/Clause 24 is government policy. It wasn’t in their manifesto, and I doubt whether any ministers understand its ramifications, including Cameron. Those who show an interest in it are no doubt taken in by Treasury sophistry.

This policy is Osborne’s, the brilliant politician who gave us the omnishambles budget, the tax credits U-turn and now the disability benefits revolt.

He also gave us a job vacancy at the DWP and a resignation by an ex leader of the Conservative Party.
The whole government is starting to have a meltdown.

About one-third of the way through this week’s budget speech:
https://www.gov.uk/government/speeches/budget-2016-george-osbornes-speech

I was struck by Osborne reading out: “In the Budget book we set out in detail the action we will take to ensure that UK tax will be paid on UK property development”

What a shame that this will be too late for the case of the former headquarters of his family’s business, Osborne and Little. They sold it to a developer, based in a tax haven, which redeveloped it into flats.

According to Channel 4 News:“The offshore company, called Nightingale Mews Incorporated, went on to redevelop the site, in Denning Mews, Clapham, and is estimated to have avoided up to £2 million in tax on its profits.” 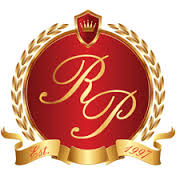 Reducing the CGT tax in line with other businesses would have encouraged landlords to sell, which is what his goal is, so why make it difficult to dispose of your stock.
I am a business women and will somehow come through this, but as I see it now, tenants are the ones begin effected the most. Not easy trying to sell properties with vunerable tenants who no landlord wants and shortage of housing!

I don't think his main motive is to get landlords to sell. That's just political spin. Osborne just wants us to pay loads more tax. We are an easy target.

Yes Alison tax grabbing and political spin attacking an easy target, as you say, was presumably part of the rationale, as was favouring ‘corporate’ BTLers (whether the B stands for Buy or Build).

However as to the tax grab motive, will the implementation of C24, after a few years of short term tax grabbing, actually exponentially decrease tax receipts for future chancellors in X years time? The reason being that C24 heavily encourages more and more of PRS property ownership to shift toward ‘corporate’ structures.

If more of the PRS is to be held in corporate structures in future, will tax revenue reduce and will a significant proportion of properties remain in the same 'corporate' ownership even when the actual owner (or rather one of the directors) dies. Or possibly eventually disposed of by a small 'corporate' LL and acquired by a larger one (whose business model may be to go several hundred years growing portfolio but never selling)?

Therefore after a few years of short term tax grabbing, will C24 actually be the trigger that starts exponentially decreasing IT, CGT and IHT receipts (from the PRS) for chancellors in future decades?

And that's why we have to keep on referring to it as the Tenant Tax. I have exchanged a number of emails with my MP (conservative idiot who just regurgitates Osborne and Gawke's nonsense). I've passed his email details onto my tenants and told them to let off steam in his direction. They all get it, unlike the fool who represents us down here

yes I agree he does want more tax if we want to carry on renting, or pay more incorporating. however he said he wants to open the playing field for first time buyers, the knock on effect is landlords are selling up but to investors, 1st time buyer hasn't bought or even viewed one of my properties I have sold so far.

I have got stuck with an illegal loft conversion?