Ten years ago this month (April 2007) tenancy deposit schemes were first introduced in England and Wales. You need to go a little further back to understand why they were brought in, though.

Rewind to June 1998 and the National Association of Citizens Advice Bureaux (NACAB) published a damning report based on CAB clients’ experience of getting their deposits back from landlords. NACAB researcher Liz Phelps reported that as many as half of all private tenants who paid a rental deposit “may have experienced their deposit being unreasonably withheld”.  In many cases she found landlords “make little or no attempt to justify withholding the deposit”.

NACAB concluded that the case for reform was ‘overwhelming’ and that the failure to regulate deposits damaged the image and reputation of the private rented sector. The mood of debate was that there were problems with unscrupulous landlords and spurious claims were being made to withhold deposits.

You could argue that the NACAB figures were perhaps exaggerated or at the very least only reflected the people who were seeking advice. Nonetheless, the report was solid enough to make policy makers sit up and take notice.

A two-year pilot scheme to test out the appetite for tenancy deposit schemes was launched in 2000 by the then Deputy Prime Minister (John Prescott) with both custodial and insured schemes being offered.  The pilot operated on a voluntarily basis and agents and landlords much preferred the insured option which offered minimal disruption to their existing deposit protection set ups.

The success of the pilot however encouraged RICS and ARLA to form The Dispute Service in 2003 to operate a voluntary tenancy deposit scheme for regulated agents (TDSRA).

Come the 2004 Housing Act, tenancy deposit protection became mandatory.  Deposits started being protected from April 2007 and TDS has been there since the start. In fact, having been involved in the pilot and the TDSRA we had a bit of a head start.

What’s interesting to me is that when the schemes were brought in, there was a feeling amongst landlords that disputes were going to be commonplace – the norm even and that the schemes would be overwhelmed with disputes. That really didn’t happen though.

It’s no lie to say that before 2007 there was some bad practice. There were  examples of landlords not playing the game.  There were problems on the side of tenants too and it was sometimes the cases that tenants would decide not to pay the last months’ rent and tell the landlord to use the deposit, meaning that there no money left for damage or repairs.

The avalanche of disputes didn’t really materialise.  At the time there was talk of around 20% of tenancies ending in dispute and it’s been no-where near that.  It’s more like 2-3% and we found the same situation when we launched tenancy deposit schemes in Scotland (SafeDeposits Scotland) and Northern Ireland (TDS Northern Ireland).

It hasn’t happened because, by and large, tenants are decent people and want to look after their home and protect their deposit. And similarly most landlords are decent people who want to provide a safe, secure home for their tenants. The evidence shows that the overwhelming majority of tenancies have no problems that end up in a dispute.

This fear that disputes would clog up the county courts is why all the tenancy deposit schemes were required to offer  free ‘alternative dispute resolution’ which reviews cases long before they go anywhere near a judge. This is a fantastic by-product of tenancy deposit schemes that could be extended to a great many other sectors.

True, some landlords still don’t appreciate that they need to allow  for “fair wear and tear” and that there should be no “betterment” from a claim against a deposit. This can be why some claims can be inflated but the system works well to remove these.

The formalisation of arrangements for deposits have seen standards being raised in a number of areas. Tenancy agreements for one are now much better worded, with explicit deposit use clauses.

We’ve also seen a much greater use of professional inventories, check ins and check outs. As tenancy deposit schemes have developed we’ve seen real improvements the quality of dispute evidence being submitted; a process which protects landlords and tenants alike. There’s a built-in incentive for everyone concerned to get better at this part of the process.

Our own TDS Charitable Foundation has been directly involved with improving the sector with funding given to such initiatives as training for landlords, students and young people.

There’s also been the improvement in arrangements for the handling of  monies by agents with the spread of  client money protection schemes. The Westminster government, only last month (March 2017) announced it intends to make CMP mandatory for all letting agents in England, following the examples adopted in Wales and Scotland in recent years.

TDS has been investing heavily in software development and have pioneered online evidence portals for disputes which do away with paper-based systems. It’s something that has been universally well received and we now use this in all of our schemes:  TDS Northern Ireland, the Tenancy Deposit Scheme in  England and Wales and in SafeDeposits Scotland.

Gone are the sacks of mail with thousands of pages of disputes evidence to be sifted through.  Now, everything can be done online with full visibility for landlords and tenants – everyone can see what the other is saying and honesty in the evidence process is key.  Over 95% of our disputes are now handled via the portal; a massive change from 5 years ago where nearly everything came in by post.

This model of transparency is something that we’ve had interest in from the courts and tribunals, and we’ve been sharing our methods with other potential users. It’s leaner, quicker and much more manageable for everyone involved.

Looking ahead, could there be fundamental changes to tenancy deposit schemes?  Possibly. Whilst the numbers suggest that most landlords and agents  prefer insurance-backed schemes, there are others who feel that the custodial model is safer as deposits are held by us directly.  It may be that the requirement for agents to hold mandatory Client Money Protection will shift the argument back in favour of the insurance backed model.  Most agents are honest and have good client money processes in place and Client money Protection does give greater comfort to their landlord and tenants clients.

TDS’ business is largely in insurance-backed schemes but, responding to the market, we launched our custodial scheme last year in England and Wales and have seen steady growth in this part of our service.  Many agents don’t know that we offer TDS Custodial so expect to hear a lot more noise from us in the coming months; agents and landlords do have a choice if they want to use custodial!

Custodial schemes aren’t currently permitted to charge a fee for deposit protection but in a period of low interest rates this is becoming very challenging. With the Bank rate sitting at 0.25% the self-funding model of the schemes becomes much more difficult (custodial operating costs are paid for by the interest made on deposits held).  Even a rate rise back to 0.5% would make the custodial model look better. If not then we might see governments across the UK having to allow the custodial schemes to charge a modest fee for this service.

Could deposit replacement insurance products gain traction? We’re seeing a rise of these, particularly in London where deposits can be many thousands of pounds but we haven’t yet seen a policy that works from a landlord’s point of view.  There’s also not much evidence that landlords in the UK want to give up the security and confidence that that a cash deposit gives them that their property is safe.

A decade after tenancy deposit schemes were first introduced (and almost 20 years from that ground-breaking NACAB report) I can wholeheartedly say that I feel the private rented sector is better for them.  There is more security for both tenants and landlords that deposits are safe, there’s a quick and easy way to resolve disputes, tenancy management standards have improved, there is a growing acceptance of the value of client money protection and the adoption of new technology is driving down the costs of deposit protection.  I am looking forward to the next ten years!

Steve Harriott is the Chief Executive of The Tenancy Deposit Scheme

When I hire something from a hire shop why is my deposit not protected? When I pay a hefty deposit for double glazing why is it not protected?
The deposit protection scheme was introduced so that HMRC could monitor landlords; why should any government care one jot about protecting an individual's finances save from the perspective of collecting tax? 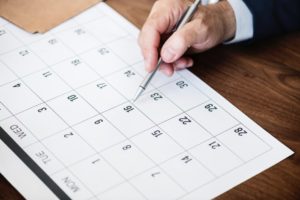 Exchange and completion on the same day? 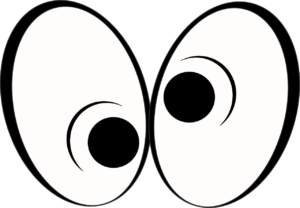 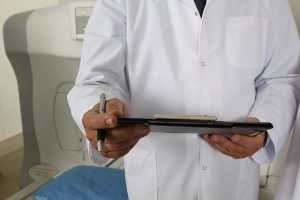 Can Guarantor give notice to end tenancy that has become...

Has anyone else been contacted directly by the ICO?