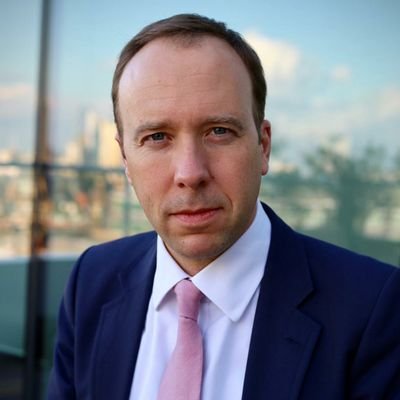 Over the past few months, The Guild of Property Professionals along with other industry bodies have been lobbying the Government to extend the Stamp Duty Holiday on behalf of both consumers and the property sector. Along with a letter sent to Government with the backing of several industries bodies and major players in the industry, The Guild also asked its Members to send their own letters to their local MPs lobbying support of the initiative.

Many Guild Members have received replies from MPs, including Secretary of State for Health and Social Care, Matt Hancock himself. However, many of the responses have been a standardised reply that shows support for extending the tax break, but no further details regarding what we could expect leading up to 31 March 2021.

Below is the response:

“I welcome the temporary cut to Stamp Duty Land Tax for homebuyers across England and Northern Ireland until the end of the financial year.

“The Temporary Stamp Duty Land Tax (SDLT) cut will temporarily increase the Nil Rate Band of Residential SDLT, in England and Northern Ireland, from £125,000 to £500,000. This applies from 8 July 2020 until 31 March 2021 and cut the tax due for everyone who would have paid SDLT. According to the Treasury’s Plan for Jobs, nearly nine out of ten people getting on or moving up the property ladder will pay no SDLT at all as a result of this change.

“I welcome this measure as a crucial intervention to ensure medium-term confidence in the property market and maintain the growing momentum since the easing of lockdown.

“I am confident that this action to support the housing market is protecting and creating jobs. In England and Wales, an estimated 240,000 people are directly employed by housebuilders and their contractors, and between 500,000 and 700,000 employees are indirectly supported in the supply chain. Moving to a new house also boosts the economy, with estimates suggesting that doing so drives additional spending worth about 5% of the house value.

“There is strong evidence to suggest that the temporary cut to SDLT is having the desired effect, with a 14.5% rise in residential property transactions in July, followed by a 15.6% rise in August. This is in addition to the 30% increase in construction activity in July.

“I understand concerns regarding the backlog of transactions and the impact this could have on people whose purchases may complete after 31 March and I will alert my ministerial colleagues to the strength of feeling on this matter.’”

Iain McKenzie, CEO of The Guild of Property Professionals said: “We are encouraged by the fact our Members are receiving replies to their letters regarding the benefit of extending the Stamp Duty holiday, however, we are also aware that at this stage the Government has not agreed to extend the tax break and have not laid out any plans with to regard to a phased-out approach. For the time being, the deadline remains, and many transactions will not make the cut-off. We will continue to encourage our Members and the industry collectively to have their say and send their letters to their local MPs.”

“An extension of the Stamp Duty holiday would be optimal, however, if the Government decides against an extension, at the very least a phasing out period would help lessen the blow to people currently in the process of buying a home.”

The letter to local MPs is available here.

I'm confused, for the majority of landlords, why is the S/D holiday seen as a positive thing!
Now yes, anyone looking to sell part or all of their portfolio into the mild frenzie it is clearly a plus....sell away. As for those selling agents I also appritiate the desire for more turnover.
However, for those LL's looking to expand their portfolio, yeilds that are already under pressure and the increase in asking prices as people try and capture part or all of the tax break make the endeavor more difficult.
As for those of the cohort neither buying nor selling, surely having other people paying down the ballooning public sector debt is surely a good thing. If combined with Brexit, the money markets lose confidence in Britain/Sterling and force up real interest rates from historic lows we are all in for a sh1tshow!!!
The S/D holiday is short-termism, don't encourage the politicians to act in panic mode, its not good for any of us in the long run.
As for Matt Hancock, leave him alone, he needs full focus on the vacines, not tinkering with something not even in his ministerial portfolio.

“I am confident that this action to support the housing market is protecting and creating jobs. In England and Wales, an estimated 240,000 people are directly employed by housebuilders and their contractors, and between 500,000 and 700,000 employees are indirectly supported in the supply chain. Moving to a new house also boosts the economy, with estimates suggesting that doing so drives additional spending worth about 5% of the house value."

Agreed, should be made permanent.

Reply to the comment left by Monty Bodkin at 08/12/2020 - 11:08
The bigger question is what would it be replaced with, we already know CGT is gonna rise, maybe even something innovative like a land valuation tax....

Just be careful what you wish for, the covid costs have to be paid for somehow.

Nothing. As per the article, it raises more revenue by it's absence.
This government have been bright enough to work that out.

The best way to pay for covid is to get the economy fired up.

Reply to the comment left by Monty Bodkin at 09/12/2020 - 18:29'As per the article, it raises more revenue by it's absence.'
The article does not say that at all.
It does highlight the potential increase in construction activity and houshold spending.
But other than those selling into the recent prices rises, theres still no clear arguement in the article for the benefit to the landlords who read this website 'Property 118 the landlords union'.
Now if by erradication, you expect the second home stamp duty surcharge to go as well. Thats a different matter. 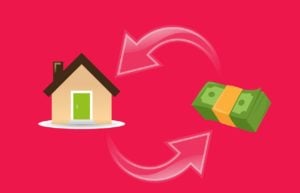 What is the current situation with evictions?

Stamp duty - I do object paying tax that I am not obliged to?

All was going smoothly until stepmother became a tax payer in France?