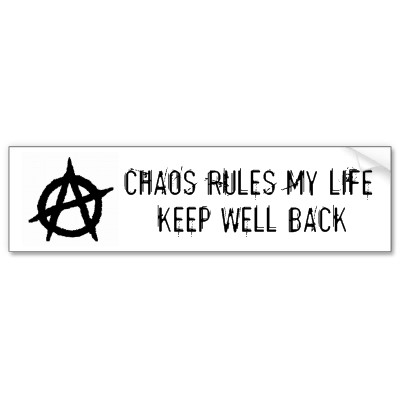 In this blog I intend to dispel a few urban myths which appear to be forming, both amongst landlords and squatters themselves judging from some of the readers emails I have received. As of today a person occupying a residential property without the owners permission is committing a criminal offence which is punishable by up to six months in prison and a £5,000 fine and can no longer claim squatters rights.

Yesterday evening I appeared on BBC News 24 and completed a down the line interview with Catherine Brogan representing SQUASH (Squatters Action for Secure Homes) who also appeared on the same 6 minute interview.

Catherine does not match most peoples stereotype of a squatter. I couldn’t see her during the interview and had no prior knowledge of who she was. I watched a recording of the interview later at a friends house and decided to Google her. She is on Facebook, Twitter, You Tube and even has her own blog. Clearly she is also an aspiring poet and to be perfectly honest  was quite impressed. Nonetheless, from the interview it was also clear that even for Catherine, some of the lines were still a bit blurred in terms of todays new laws criminalising squatters.

So, let’s dispel a few urban myths and answer a few questions for landlords and squatters:-

I read a very interesting post written by David Lawrenson on the Inside Housing Blog which suggested that squatters are likely to use the following tactics to avoid prosecution. I thought long and hard about whether to re-publish his words here but I decided to do so on the basis that forewarned is forearmed and the matter should be discussed and ideas shared. David’s comments are in blue:-

“We think all that a squatter now has to do under the new law, is the following….

The landlord or rightful owner will then have to go to the trouble to prove that no such tenancy agreement was made. This will all take a few weeks or even a few months. Eventually, once they have proved this and just before the police come again, the occupiers will then need to do a “skip” – which will probably in the middle of the night onto the next squat. Eventually, it will be obvious to everyone with some common sense that the new law does not work effectively – at which point the police will not want to get involved anyway.

What can landlords do to protect themselves against this strategy?

My initial thoughts are to pay a friendly visit to the squatters before calling the Police. Tell them about the new laws in a friendly way and give them a couple of days to move out before you call the Police and report the crime. Personally, I would also explain that I am sympathetic to their cause and ask them if I could interview them for an article. I’d then get a picture taken with them. If they then chose to mess me about, as David Lawrenson has suggested above, I will then have pictures of them. One way or another I would get pictures!
I do have some sympathy with some squatters which may come as a shock to some landlords. That said, I’ve never had one of my properties squatted so that experience has never lead to the despair and resentment that I have seen other landlords go through.

I once spent an evening with a landlord who was a previously a squatter in the late 1970’s and early 1980’s. We sat in a hotel bar following a networking meeting swapping stories until the early hours. I was fascinated by his stories of why he became a squatter. He too was a very intelligent man, articulate, well spoken, educated and very much into the psyche of people. He became a squatter to rebel and he beleives that several squatters are of this mindset. He knew he could go home to Mum and Dad at any time but it was the Punk Rock era and “Anarchy rules OK“.

Not all squatters are like him though. Some genuinely can’t find anywhere to live. Human beings, like all creatures, will do what it takes to get shelter and food. It’s not always down to money either. many landlords will no longer entertain benefits claimants and there simply isn’t enough social housing stock to accommodate the growing numbers of people in need of social housing.

The Short and the Longer Term Solution

I have no doubt that changes to benefits will result in more private landlords refusing to rent to benefits claimants. Landlords want to be paid direct and know that they are not going to have to pay back the benefits. Councils are milking buy to let landlords by introducing various licencing schemes and planning regulations which will affect the values of their investments and their cashflow. Let’s face it, if landlords can’t make money they will focus their attention to where the can make money. Given that 50% of all UK rented property is now provided by private landlords and those landlords are backing away from letting to tenants claiming benefits I can only see homelessness figures going on one direction, can’t you?

A short term solution to the housing problem is for Councils to provide land with planning permission for temporary accommodation. The post war pre-fabs worked, these days pre-fabs are far better. People pay a small fortune to stay in a Winterised Caravan for a coastal holiday these days.  I know a park operator who would invest up to £200 million in a Joint Venture with councils to provide such short term accommodation. All he needs is a field with planning permission on a 99 year peppercorn lease from the council and a promise that they will rent the units back from him for 5 years at the same rate as single persons Local Housing allowance rates. He will fund the entire infrastructure, install the units and even contract to cut the council into 25% of the rent after the initial five year term. It seems like a no brainier to me but so far he’s drawn a blank. Crazy really as he knows at least 50 other European park operators who are likely to want to do exactly the same deal.

And the government say they want to solve the housing crisis and work with the private sector – PAH!!!

Anyhow, I’ve gone on for long enough. This blog started out as a professional sharing of information and is turning into a political rent so I’ll stop there and hand over to you.

Mark Alexander can be contacted via:-

think we have to firstly understand the true definition of " homeless "
a chap that has left home, ie; mum and dads house, is not in the true sense of the word " homeless " just because he has 'nowhere else' to go.
he has somewhere to go. back to mum and dad.
unless of course the individual is recently orphaned and the property was let to mum and dad in which case the lease naturally goes to the successor.

homelessness is, in all reality, a choice.

i was made 'homeless' as a result of an acrimonious divorce.
but I was not homeless. I just went back to mum and dad and started all over again. they had to put up with me for 3 months while I got my life together.

the other CHOICE was to sleep rough in the streets.
but it would have been a CHOICE from a number of options available.

Cosmo there are those for whom there is no safe parental home to return to.

What is unclear is any legal definition of 'squatter'. To my knowledge none exists.

Hi Rich, a legal definition of a squatter does exist, please see >>>
http://legal-dictionary.thefreedictionary.com/squatter

Excellent article. I also read that you could not evict a squatter if they had occupied the house innocently having being duped by a bogus agent. That being the case, they would not need to know the landlords name, or signature. A simple made up AST an untraceable cover story and away you go...

Cheers Mark, I'm on a bit of a catch-up mission and I missed this...

B. It is expressing an opinion, that definition has no status in law.

Another bit of useful info I gathered yesterday from my good friend Ken Edmondson is that Trespass remains a civil matter whereas Trespass with the Intention to Occupy Residential Property has become illegal. This is very valuable to me as it means I can continue business as usual on properties advertised as 'No Access to View' without committing a criminal act 😉

Good site by the way!

That's an interesting point on trespass as I heard that the new squatters law had an impact on the right to protest. I'll get it checked out.

In Spain, or in England?