As agents close their doors due to the lockdown, the spread of the virus across the UK has led to a near standstill of the housing market. The March 2020 RICS UK Residential Market Survey results highlight that despite the first few months of the year showing a marked pick-up in market activity, this month will have a significant impact on the outlook for the rest of the year.

In March, after three successive months of increasing buyer enquiries, a net balance of -74% of UK respondents reported a fall in buyer demand – a sharp fall from +17% previously. Unsurprisingly, March also saw newly agreed sales drop across all parts of the UK with 69% more respondents reporting a fall – down from 19% reporting a rise in February.

Looking ahead, sales expectations for the next three months have also turned deeply negative following the lockdown measures, with a net balance of -92% of respondents representing the lowest reading since sales expectations were first recorded in the RICS Residential Market Survey. Looking forward to the next 12 months, respondents were slightly less negative, although 42% expected sales to fall further rather than rise.

New homes coming onto the market dropped sharply over the past month, with a net balance of -72% of UK respondents reporting a fall. As a result of this, the average amount of properties on estate agent’s books are at a record low of 40 properties per branch.

Moving to house prices,  a net balance of +11% participants reported growth in March. Northern Ireland, Scotland and the South West all recorded the strongest growth in prices. However, near term price expectations sunk from a figure of +21% net balance in February to -82% in March, whilst -38% of survey participants expect a further fall over the next 12 months. This is down from a reading of +71% in February, an indication of just how much sentiment has changed over a month.  However, prices for the next give years remain resilient.

Moving to the lettings market, March has seen new landlord instructions fall with -32% more respondents reporting a decline. Tenant demand across the UK flatlined as the virus had a significant impact on near-term rent expectations which slipped into negative territory for the first time since the financial crash.

Simon Rubinsohn, RICS Chief Economist, comments: “The results of the latest RICS survey capture the period during which the economy moved into lockdown so show a somewhat mixed picture. But critically, the key forward looking indicators clearly reflect the emergency measures in place. The fact that responses are negative not just at the three but also the twelve month time horizon is significant in suggesting that the legacy of covid-19 could be such that any return to what might be described as ‘normality’ in the economy will take time and households will remain cautious for a while.

“Of course, the primary focus of government is at this stage the health of the nation and defeating coronavirus and it may be a little premature to be planning for the economic recovery. However, the feedback from the survey does imply that further government interventions both in the wider economy and more specifically in the housing market may be necessary to aid this process supporting businesses and people back into work.”

Hew Edgar, RICS Head of Government Relations added: “While the UK’s health is the priority, our survey feedback suggests that the Government will need to start considering medium and long-term measures that could assist a post-pandemic housing market.

“These are exceptional circumstances and the Government will need to consider all avenues that could feasibly rebuild confidence, bridging the gap between uncertainty and recovery.

“RICS is not an organisation that would call for a stamp duty holiday on a whim, and indeed our view prior to Covid 19 was that it required a full-scale review. As we start to emerge from this crisis, however, it is likely that the finances of potential homebuyers will be under strain, and the burden of stamp duty could put buyers off. For those who can afford to move they may lack confidence in the market, adding to the slow down.  A stamp duty holiday could be one of the ways to reactivate the housing market quickly as a short term measure.”

Stamp Duties and their like are the easiest and most lucrative taxes to collect. They do not require the degree of human intervention and ingenuity that happens between the top and bottom lines to provide a taxable sum. May a warm and kindly wind fill the RICS sails but I fear they will falter in the doldrums. To think a Chancellor will reduce or defer Stamp Duty (unless with a heavy and guaranteed price tag), especially this Chancellor who must get us all to pay the bills he is running up now is little short of delusional?

Reply to the comment left by Lindsay Keith at 09/04/2020 - 10:29
This chancellor won't be able to get us all to pay the bills he is running up now if the government collapses the UK housing market. The "delusional" bit is believing that they are presently acting to protect the nation's health; destroying people's lives and livelihoods will not do this. What they are doing is acting to protect the NHS. 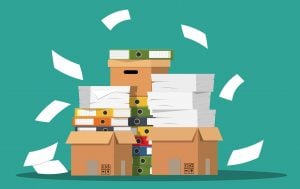 Lettings agents and COVID-19: How to survive the crisis Webinar