Guest article from one of Oxford’s leading letting agents

I am often asked why Oxford represents such an attractive option for buy to let property investors.

The answer is, like much treasure, not blatantly obvious, but if you are prepared to dig a little, the clarity of the jewels you may find are particularly alluring.

The city has been home to a transient population since the Middle Ages.  The intellectual elite continue to arrive here in droves from all over the world; a stint at Oxford, either for study, research or employment adds value to any CV.  During the early years, Oxford was a walled city, nothing much has changed, the new wall is the ring road, and represents an immovable barrier to the physical growth of housing provision, which places extra-ordinary strain on the supply and demand dynamic, resulting in a permanent state of insufficient supply.

For the investor, the implications are far reaching.  First and foremost, there is no danger of a void period, across our managed portfolio of over 360 properties, our voids run at less than 2.4 days per year.  Next, capital values only move in one direction; during the last housing downturn (89-92) Oxford property values did not dip, and much the same has occurred this time; the shortage of supply has meant that values in key sectors of the city have continued to buck national and even South East trends, and very few postcodes have values that are not now well above the pre-crash highs of summer 2007.  Another attractive proposition for the investor is the quality of the tenant; many of the visitors to the city are highly cosmopolitan and bring with them the European, Pan American or Pacific Ring values and expectations in relation to private renting, consequently dilapidations  are, on the whole,  lower than might be expected in other parts of the UK.

Investors, who look only at the Yield figures, might be put off; there is no doubt that better returns are available in other cities of the UK.  At the moment, there are investors buying at anything between 4.5% and 7% gross, and given the high capital outlay, many are put off.  The competition for investment property is none-the-less strong because there is so little coming on the market, and always kept keen by the parents of students in their first year at one of the universities who realise that they can make a saving by purchasing a property where the loan can be covered by the rent paid by their child’s friends!

The local authority is taking an increasingly interventionist approach to the PRS in Oxford.  The Article 4 directive that has been in force since February 2012 is beginning to have tangible effect, and although this may not be sustainable legislation there is a notional cap on HMOs in the city which is fuelling rent increases and will undoubtedly start to have an impact on values this summer.  The Additional Licensing scheme, likewise, has further served to restrict supply of shared accommodation with many long-standing landlords choosing to duck the requirements by reducing occupation to two or a family.

Thank you for an interesting article.
This property is currently on the market - it looks perfect for rental but could you advise on the area please. I am aware that are always areas to avoid in cities as they do not perform well in the rental market:

@Landlady, your link is not taking me through to a property....... I would be happy to call you if you fill in the contact details above? Mark

We have a property in oxford that we are currently renting out. We have an agent but are not sure what commission we should be paying? 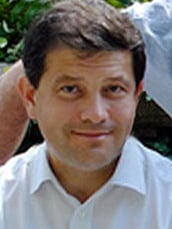 Rightmove link: if you just copy and paste the link into a new browser window, it works fine. The property is in inner east Oxford and I used to live near there when I was a student at Oxford and later a postgraduate at Oxford Brookes. It's a classic rental area for students and young professionals - it's not far from the town centre, there are good buses on the Cowley Road, it's flat for cycling unless you work up the hill at Brookes or in the numerous hospitals, you can even find space to park a car, and there's a decent Tesco and lots of restaurants, pubs and coffee shops. The Cowley Road has a slightly raffish and multi-ethnic feel which a lot of tenants prefer to smug fancy-pants expensive areas like Jericho or grand north Oxford south of Summertown. There is inevitably a little more street crime and noise than other areas, but really, it's not South Central Los Angeles.

As regards this particular property, I think the rooms are on the small side to get the better prices from higher-paid working people who are prepared to share; it looks like a mid-to-lower market HMO or something you could rent to a near-equivalent like a working childless couple whom you might allow to take a lodger or two.

Andrew, the commission that you are paying should relate to the service that you are receiving.........and to the property, it's condition and location, rental value and ultimately how much work the agent is going to have to do to let and manage it. There is a huge spread of fees offered by the more that 40 agents opperating in the Oxford market. If you would like me to tell you what fee we would charge for the service that you require, I would be delighted to do so; please make contact through the contacts section above.

Found it! The property on Percy Street is an existing licensed HMO (you can check using street view to find the number and Oxford City website to look up license and conditions) It is licensed for 4 occupants, although you may consider altering the layout to put a shower room and loo up stairs and convert the two small rooms back into one large making three good size rooms with two bathrooms. The rent would be similar for a chopped four bed as a generous three bed, and your delaps, condensation issues and wear and tear would be reduced. Either way, the price is still a little bullish, it will generate about 5% gross on the current sale price, and I think you could do better both in terms of location and yield. Hope this helps!

Great Article and i think you have hit the nail on the head in the last paragraph, i own a house in Oxford and have been letting as an HMO, luckily my agent was able to advise and help with that one. I would happily invest in another but the current legislation and planning issues make the process a minefield. No one seems to be able to give 100% certainty of HMO status and i have seen many properties with Sales agents who have less of a clue than i do when it comes to HMO established use and the impact of the Article 4 directive.
Regarding the Oxford market as a city for investment in the PRS I agree completely it has a lot going for it and has proved to be a safe and rewarding bet for me. I purchased the house in early 2007 which would have been a catastrophe in 99% of other cities in the world yet I have still continued to see house prices in the area rise year on year. On purchase price I am still receiving a yield of 6.5% and have seen roughly £30-50,000 uplift on value in the past 6 years.

Richard, Thanks for your comments............ I have posted a lot more info on Article 4 and additional licensing and their impact on the Oxford property market on my blog http://www.collegeandcounty.biz/news If you need any further info please do feel free to make contact through the request above. 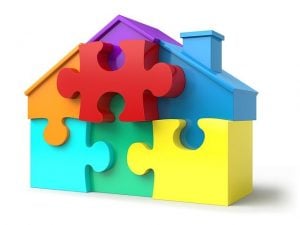 Should I sell tenanted or serve notice and sell with vacant possession?