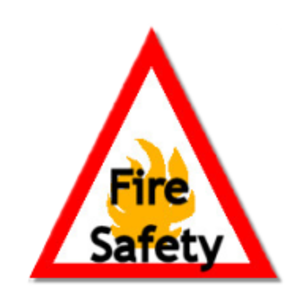 Our flat could have caught fire

My housemate and I attend Greenwich University in London. We live in a two bedroom flat in Charlton, SE7.

During our winter, Easter & Summer breaks we tend to venture back home for some free food and heating, and thus the flat is left empty for a few weeks at a time.

Just before the end of our summer term (2013) we decided to let our Letting Agent know that the cooker had been turning itself off on numerous occasions (more than 5). The cooker would then not work again (heat up) for another hour or so. After a few pestering calls to ask to get it fixed they finally agreed to get a ‘trusted’ handy man in to see what was the problem. We were living back home for the summer on the date they chose to come and fix the problem and so they said they would give their spare set of keys to this trusted handyman, so he could let himself in and out of the flat. We were OK with this as they assured us he was trusted, and most of our possessions had been taken home for the summer anyway; apart from a TV, saucepans and trays, cutlery and crockery and a few tins of beans.

A few weeks past, and my boyfriend and I were due to stay at the flat for one night before our holiday flight at Heathrow the next day. When we got to the flat all looked OK, apart from a pile up of junk mail and a few interesting looking mud marks on the carpet in the hallway (Just to add; myself and my housemate cleaned the flat thoroughly before we left for the summer, so we could come back to a nice clean flat).

As we set about making cups of tea and seeing what was on TV for the night we noticed how hot the flat was. The kitchen was hotter than it would have been with the heating on full blast in the summer! It was then we realised that the cooker had in actual fact been left ON!

Two of the four rings were on as well as the bottom oven and the grill. I opened up the cooker and there were three trays in the cooker which were disintegrating as we stood there. I immediately turned the whole oven off at the switch on the wall next to the cooker (a simple on/off switch to turn the electrics to the oven off or on). Opening all windows and moving the trays out of the oven we also noticed that the rubber which surrounds the oven doors was melting. The sink was also full of ‘dirt’ and dirty plates and a few mugs surrounded the sink. A panel next to the cooker (part of the kitchen units) had also been taken out but not replaced. There was mud all over the kitchen floor walked in from someone’s shoes.

I immediately got on the phone to our lettings agents ‘emergency number’, I called many times that evening – but had no answer. We tried again in the morning before our flight, but no answer either.

If that cooker was to cause a fire, who would have got the blame?

When we leave the flat for more than a night we photograph that the cooker is switched ‘off’, so we have physical proof on our side if it were to happen again.

How can we get our letting agent to acknowledge what happened/went wrong/what needs to be done to correct this problem? The cooker occasionally switches off still – and we don’t want this mess to come out of our deposit next summer! Furthermore, we had a big electricity bill and we were not even using the flat. We have paid the bill but we feel this is wrong – can we claim compensation and if so how difficult would it be to prove that the bill was as a direct result of this issue?

Thanks for your advice

No one has caused offence (just the things said above), Lauren. It was not a reference to you. Thanks for your kind message though.

I think we can quite safely assume that Jay Jay wasn't referring to you.