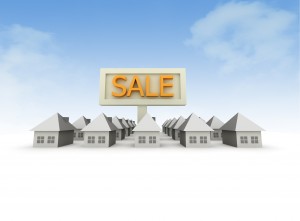 Property prices are unlikely to bounce back strongly regardless of how the economy improves over the rest of the year, predicts mortgage lender Nationwide.

The latest survey from the building society shows house prices increased by 0.3% from April to May, but the average home is worth around 1.2% less than a year ago at £167,208.

The figures are little changed from those of April, and support other studies that suggest the housing market has stabilised over the past few months.

“The pattern of the recovery also argues against a strong bounce in property prices. Business investment and net trade are expected to drive the economy in the quarters ahead, rather than consumer spending,” said the Nationwide’s chief economist Robert Gardner.

“Housing affordability, as measured by the house price to earnings ratio, is not as stretched as it was in the run up to the financial crisis.”

“Nevertheless, the modest improvement in economic conditions has so far been insufficient to pull the housing market out of its torpor, as the headwinds facing households remain strong.”

Other housing market and lending data published by HM Revenue and Customs, the British Banking Association, and Council of Mortgage Lenders, also reflects a market languishing in the doldrums.

On the other hand rental market data shows the number of inquiries from letting property continuing to soar while demand dries up.

Meanwhile, the Royal Institution of Chartered Surveyors pinpoints the lack of house building and homes available for rent as a key indicator that demand is outpacing need and fuelling rising rents.

“This would matter less if the availability of rental property, whether privately let or social, was increasing. The upward pressure on rents is a clear indication that this is not the case. Indeed, reforms to financing arrangements for social housing raises significant doubts as to whether new provision can keep pace with need,” said RICS chief economist Simon Rubinsohn.

Advice and Guidance on Buying Property at Auction

Buy to let love affair is still blossoming for landlords