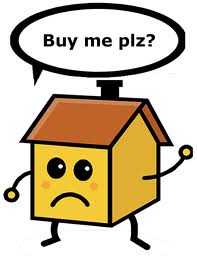 The housing market is firmly stuck in the doldrums with little hope of easing in the near future, according to the latest data – with London standing out as the only high spot.

The monthly housing market study for estate agents by the Royal Institution of Chartered Surveyors for March revealed a deepening rift between the rest of the country and London and the southeast.

The capital was the only area to return higher prices in March compared with February.

Estate agents are downbeat about the market, with 6% reporting less new buyer inquiries, compared with 1% in February, while 23% saw property prices fall.

Large parts of the midlands and the northern England saw buyer interest drop considerably, while estate agents in Scotland, Wales, and the southeast reported a steady increase.

New instructions, considered a good indicator of market activity by RICS – was flat across the UK. Regionally, the picture was varied with more properties coming to the market in Wales and southwest, while supply dried up in the east midlands and Yorkshire.

“The rather negative outlook for property prices across the UK seems to better reflect the general economy than the micro climate of London. The low level of buyer interest in many parts of the UK continues to impact on the market, resulting in some downward pressure on prices,” said Ian Perry of RICS.

“With the prospect of forthcoming interest rate rises and continued shortage of mortgage funding, it seems that overall recovery for the national housing market is still some way off.”